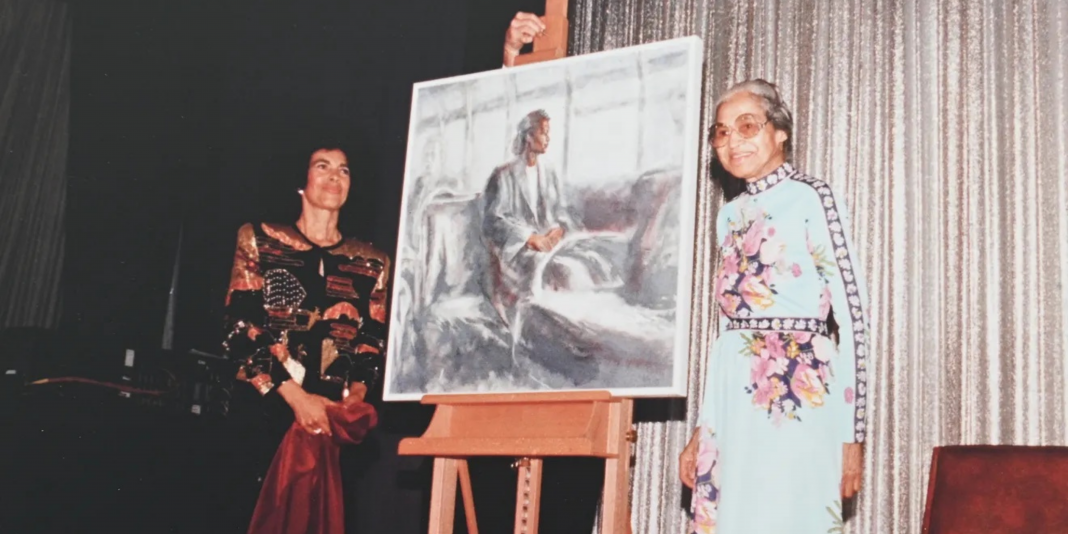 Artis Lane is the preeminent Black portrait artist, who has captured the likeness and essence of icons like Oprah Winfrey and President Barack Obama. Her work lives in some of the most distinguished collections in the world. Her portrait of Rosa Parks lives in the Smithsonian’s National Portrait Gallery, and her bust of Sojourner Truth resides in the collection of Emancipation Hall.

Artis Lane was born in North Buxton Ontario and studied at the Ontario College of Art in Toronto before moving to Detroit and studying at Cranbrook Art Academy. She currently lives in Los Angeles where she continues to work.

Lane renders her portraits in a variety of mediums, from oil paintings to cast bronze statues. Her process is equal parts technical and spiritual, as she imbues her work with ethereal properties.

“Working with individuals such as Rosa Parks, Sojourner Truth, Mary Baker Eddy — I see the reality of their being is determined by their deeper and higher qualities. This is why I choose Matisse over Picasso because Matisse portrayed human beings’ spiritual nature.”

In addition to her portraits, Lane has also done several large design commissions, including sculptures for the Soul Train Awards and the original logo of the Harlem Dance Company.

Recently, Lane has been working with large figurative sculptures. Her latest series, the “Emerging Man,” features huge cast sculptures covered in chunks of rock left over from the forging process. The black patina and hardened raw elements left intact on the sculpture represent the figure emerging out of material thinking into spiritual consciousness, according to Lane.

“Employing divine metaphysics, I chose ‘Generic Man,’ a male from Benin to depict the human journey from the darkness of material thought into the light of spiritual awareness,” she says.

Lane is currently working on a 12-foot, bronze sculpture for Destination Crenshaw. The sculpture will reside in the newly created Sankofa Park: an art park and open-air museum.