Home Arts + Culture ‘Black is King’ is Not Your History Lesson

Despite the symbolic references to African culture and religion, Beyoncé’s visual album is art – not history. 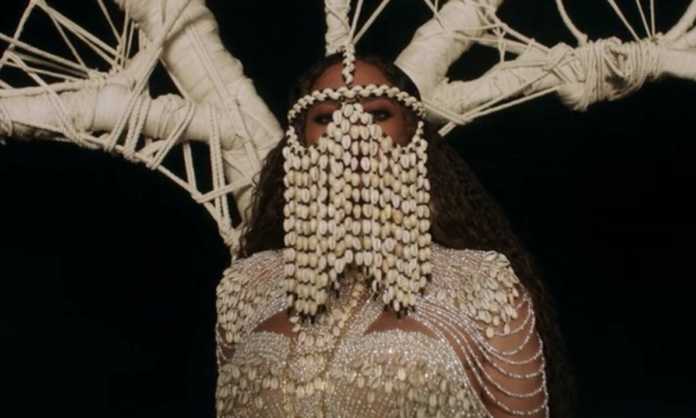 Honestly, I was not going to watch Black is King. Because I was not a fan of the soundtrack The Lion King: The Gift. Let me plead my case to the Beyhive: This has absolutely nothing to do with Beyoncé as an artist or person. I love her. I look up her work ethic – even her perfectionism. Undisputedly, she is a legend. That soundtrack just did nothing for me. Maybe it needs some years to marinate. Check back in about five years.

In Black is King, available on Disney+, Beyoncé offers an 85-minute visual of The Gift. The visuals highlight specific elements of the African diaspora, and it is dedicated to her son, Sir Carter. With recurring themes including pride, strength and unapologetic Blackness, the project is a coming-of-age story that recognizes the importance of the Black man and his rich history, and the purpose of life.

Disclaimer: This is art – not a history lesson. Please tell your white friends that before they head to the store to grab all the animal prints in the name of solidarity and allyship, this is not all of Africa. Don’t be confused. Africa is not a monolith. Alright Beyhive, brace yourselves for an analysis. Unintentionally, this film perpetuates male chauvinism and capitalism. And except for the song “Brown Skin Girl,” the Black woman’s narrative is dismal.

This is what you expect when the inspiration comes from The Lion King, derived from Hamlet, where the main character is so much in his own world that he does not notice that his love Ophelia is depressed over his negligence and ruthless quest. In short, in this project, women are depicted as supporting roles in a man’s life. It is what is.

As for the symbolism – it is persistent. However, for those who know nothing about African folklore, it goes over their heads. Unfortunately, the symbolism was overshadowed by the aesthetic. The dangerous part of this project is that people will only view Africa as a style, and neglect the people who live there.

To be fair, I blame colonialism, our disastrous education system and Eurocentric beauty standards for not providing adequate African history lessons. It is almost normal to completely overlook Africa’s varying cultures and to only see it as a resource for capitalism.

If I remember correctly, my schooling only dissected a few aspects of African history such as the Egyptian culture, the Bronze Age, the transatlantic slave trade and the Berlin Conference. Some academics may include Marcus Garvey’s Back-to-Africa campaign, but that is a stretch.

Because I interned at a sub-Saharan African museum in my early 20s, I recognized the symbolic use of the masks in Black is King. At the beginning of the film, there is a scene where the audience views three men wearing masks in the sky. During this, Beyoncé says, “The kings were here long before us. Ancient masters of celestial lore.” She is not wrong. In this metaphor, I infer that “ancient masters” include ancestors and folklore characters, or spirits.

“Masks, in some tribes, serve instead as figures, as ancestral representations or as containers of their power,” according to an article on African masks published by the University of California Los Angeles. This visual reiterates that ancestors have an influential role in the African diaspora, and that these masks can transform the person who wears them.

Representation like this will probably help propel some of the African diaspora deeper into their foundation and ancestral folklore. Actually, it could influence cultures all over, and I would not be surprised if this won an Oscar. I would be upset if this did not win an Oscar. The production and dedication that went into this project shows through in every scene, dance, interlude and costume design.

This film advocates Black pride in the wake of George Floyd’s death and during a pandemic, where it is overwhelmingly clear that Black individuals are disproportionately supported medically, financially and academically. However, certainly, for some, this film is a stepping stone to learn more. Fortunately, this film begs viewers to read, search for answers and understand a history that was purposely buried for far too long. “History is your future,” says Beyoncé. “One day you will meet yourselves back where you started, but stronger.”