The artist uses unconventional techniques and unexpected additions to make her pieces truly her own. 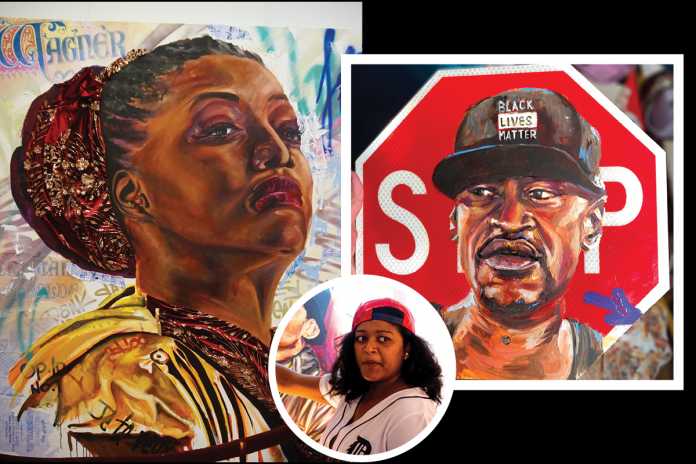 Désirée Kelly is a rising star in the Detroit art scene, gaining recognition for her captivating portraits of celebrities and political figures. A Detroit native, Kelly’s practice began while studying graphic design at Wayne State University, where she took an oil painting class.

She quickly found herself drawn to the excitement of experimenting with materials. After college, working as a senior graphic designer for Metro Times, she found success after painting a portrait for an issue cover – and her career began to take shape.

The popularity of Kelly’s work is due to the skill with which she recreates her subjects, and the nontraditional techniques and additions she uses to make the images her own. Whether it’s adding text or collaging actual objects into the portrait, her touches give the work a literal and figurative depth that locks the viewer in. Kelly credits her background as a graphic designer for her composition methods.

“In terms of how I approach the canvas, I’m thinking about it as being halfway advertisement and halfway a work of art – and what the overall message should be,” she says. At the start of this year, Kelly opened her latest solo exhibition, Then & Now: A Retrospective of Portraits, at the Detroit Public Library’s main branch. The exhibition looks at the last 10 years of Kelly’s practice and its evolution.

These days, Kelly continues painting and working on portraits for private commissions and exhibitions. Most recently, her work has appeared in the group show Multifaceted Narratives: An Exploration of Black Figurative Art at the Detroit Artists Market, curated by Juana Williams and on view by appointment through Sept. 12. 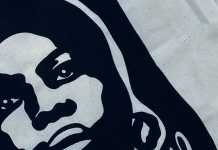