or decades, Detroit has maintained arguably the most influential music scene in the country. Yes, awesome musicians, incomparable vocalists and mesmerizing performers learned everything they knew here. But this city’s influence on music is attributable not only to the iconic singers whose names we all know.

The D is also musically influential because of the people you don’t see. Detroit has contributed some of the most innovative and gifted music producers on the planet. 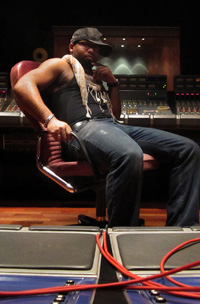 From early Motown staff producers like Smokey Robinson and Norman Whitfield, to funk maestro transplant George Clinton, to techno pioneers Juan Atkins, Derrick May and Kevin Saunderson, to rock legend Don Was, to hip hop genius J Dilla-these and other local producers have set the global standard for quality, creativity, musicality and innovation.

Whether or not lovers of soul, gospel, R&B, hip hop, jazz or electronica know it, producers from Detroit consistently reshape and reinvent music. Year after year, they are leaders in the development of new sounds that resonate with music fans around the world.

Because the nature of record production is behind the scenes, producers tend to be unsung heroes. They are often more responsible for the sound of a hit song than the artist whose voice is on the record, but their contributions may go unrecognized by the general public.

The producer’s job description is broad. Simply put, a record producer is responsible for the oversight and management of a recording.

“The producer’s job is to craft the entire record,” says Brandon Williams. The track “How I Got Over” that he produced for Vickie Winans won a 2010 Stellar Award. He is a Grammy-nominated producer who has also worked with Lalah Hathaway and Jay Electronica, among others. An accomplished musician, he played keys, guitar and bass on “Let My People Go” on hip hop artist Pharoahe Monch’s latest album “W.A.R.,” which was released in April. Currently, he’s putting the finishing touches on Detroit singer Charity’s album, “Sounds Like Love,” which is slated for a summer release.

“It’s like he’s flying an airplane,” Williams says. “It’s [the producer’s] job to make sure everything is right. It’s his job to get the best performance out of everybody involved with the project. 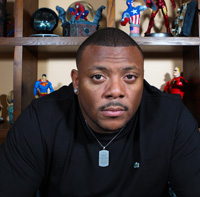 “You’ve got to be able to work with artists, and let them see that you can take their vision and make a movie out of it,” says super producer Denaun Porter, who goes by the name Mr. Porter when artists like Eminem, D12, Dr. Dre, Mary J. Blige and Method Man ask him to guide their projects. Mr. Porter’s latest productions include five songs on Eminem’s upcoming release-he and Em are co-executive producers of that new album. He’s currently working on a Snoop Dogg-Wiz Khalifa collaboration album, and just produced a song for the film “Fast and Furious 5” which features Ludacris and Mr. Porter’s protégé, Claret J. And he recently produced songs on Pharoahe Monche’s lastest album.

“Any real producer is very knowledgeable in every aspect of creating a song.” He says this applies to the music, the lyrics, the mix of the recording, and even business aspects of the music industry.

“George Clinton never played an instrument, but he knew how to take a reel of tape, chop it up into four or five different sections, re-edit it, make it longer, do five or six different mixes, and edit those together so you get something like ‘Knee Deep’ or ‘Flashlight,’” says P-Funk alumnus Maurice Herd. 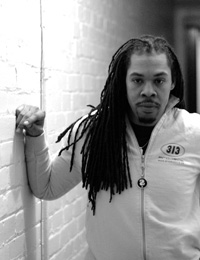 Also known as Pirahnahead, Herd is a prolific producer, arranger, instrumentalist and DJ best known for house music, funk and rock. His remix of Charles Webster’s “Learning to Love” featuring Diviniti was released in May. And he is gaining new fame for his work on the latest album by the French-Cameroonian sister duo Les Nubians, which was released in April. In recent interviews these international stars proudly boast that their first U.S. recording experience was with Pirahnahead in Detroit.

“That’s what it means to be a producer,” Pirahnahead continues. “It’s to take things that have no shape, and sculpt them, and to make them palatable.”

It was Motown producer-songwriter Norman Whitfield’s idea to change the musical key of “I Heard It Through The Grapevine” when Marvin Gaye recorded it. Whitfield’s composition, with lyrics by Barrett Stong, as released by Gladys Knight and the Pips in 1967, was already Motown’s biggest selling hit to date.

Those sales records were shattered by Gaye’s 1968 rendition of the same tune. Whitfield decided to raise the key just out of Gaye’s comfort zone. This added a sense of urgency and intensity to Marvin’s voice, changing the star performer’s approach to recording for the rest of his career. “Grapevine” became one of the soul crooner’s signature songs.

The success of “Grapevine” is only one example of a long list of accomplishments for Whitfield, who passed away in 2008. His “Ain’t Too Proud to Beg” outperformed legendary producer Smokey Robinson’s “Get Ready,” prompting producer-turned-label president Berry Gordy to name Whitfield The Temptations’ main producer.

Whitfield changed the group’s persona, transforming them from balladeers to dance music icons. He later crafted The Temps’ influential psychedelic soul sound with songs like “Cloud Nine” and “Papa Was a Rolling Stone,” a shift that reshaped not just the Motown sound, but ’70s soul music across the board.

“I always credit ‘Papa Was a Rolling Stone’ as an early techno record because of the moods,” Grammy-nominated techno music innovator Carl Craig says. Craig’s work as a remixer, and his productions under many pseudonyms, are nothing short of legendary in electronic music circles. 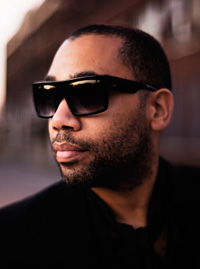 His label, Planet-E Communications, marks its 20th anniversary this year with the June release of a five-disc, vinyl, 12-inch box set called “20 [email protected]#&ING Years-We Ain’t Dead Yet.” The retrospective features tracks by various artists Craig and his team have spotlighted over the years.

Craig cites Detroit producers like Whitfield, Stevie Wonder, Don Was, and of course, Atkins, May and Saunderson, as early influences on his own work. “Later on, definitely, Dilla was a hard act to follow in any scenario.”

Music industry veteran Sabrina Underwood has worked for major labels like Sony Music and BMG, as an independent marketing consultant for independent labels like Paisley Park, and as an administrator for Mr. Porter. She says Detroit producers are known throughout the industry for their work ethic.

“When you come to Detroit and go into the studio with some of our producers, you’re about to put your hard hat on. You’re gonna get dirty. And you’re going to get timeless music that has a soul to it.”

So if Detroit’s producers are so well respected in the industry, why don’t they get greater recognition? 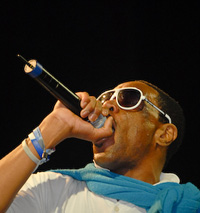 “There’s a lot of credit that comes to Detroit. I just think that we don’t see it in Detroit,” Craig continues. “There is so much more recognition of the contributions Detroit has made outside Detroit, and definitely outside the U.S. There’s respect up the [behind].”

“You have to understand that Detroit is unimpressed by everything,” says Nick Speed, whose impressive discography includes productions for 50 Cent, Talib Kweli, Kem, K’Jon, Elzhi, Danny Brown and whose latest release, “Home Sweet Home” with Lloyd Banks and Pusha T, dropped in May.

J. NADIR OMOWALE (DistortedSoul.com) IS A MUSICIAN AND FREELANCE WRITER BASED IN DETROIT.