Catch the documentary directed by Xavier Neal-Burgin and featuring Jordan Peele at the Chase branch on Oct. 26 or stream on Shudder. 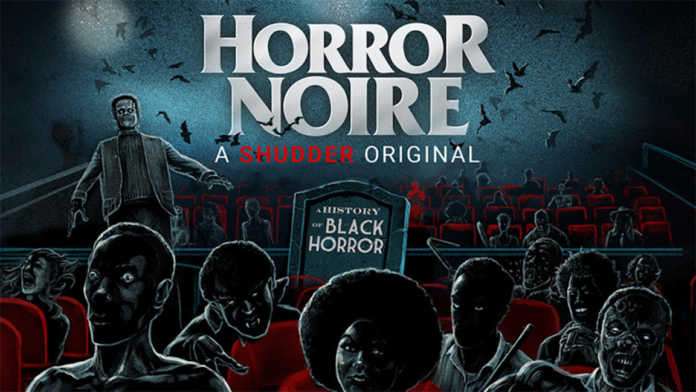 If I asked you to name five horror
movies where the black character doesn’t die first, you’d be thinking about it until
next Halloween. In doesn’t-make-it-to-the-end terms, black people in scary
movies rank just under those unfortunate redshirts from Star Trek.

Written and directed by Xavier
Neal-Burgin, Ashlee Blackwell and Danielle Burrows, Horror Noire: A History of Black Horror is a documentary that
primarily explores how black people have been treated in scary movies and why,
and what that says about the state of pop culture and race. This spooky season,
Horror Noire is making the rounds at
film screenings and panel discussions around Detroit, and challenging
traditional horror tropes.

“We’ve always loved horror – but horror hasn’t always loved us. And in many ways, black history is black horror,” says author Tananarive Due in the opening of the film. No lies. Due, just one of the experts and black creatives featured in the film, talks about topics like “black male lust” and subliminal imagery against a backdrop of bloody historical photos and headlines going all the way back to Birth of a Nation.

If you’re lucky enough not to know, Birth
of a Nation is a 1915 movie that, according to NPR, “is three hours of
racist propaganda, starting with the Civil War and ending with the Ku Klux Klan
riding in to save the South from black rule during the Reconstruction era.”

For whites, Birth of a Nation
served to both scare and entertain. For blacks, it was the start of a long and
exhausting series of horror tropes tainted with stereotype, indifference and
prejudice. We’ve been cast as comedic relief, disposable characters and even
the monsters themselves – hardly ever as heroes or saviors, not even in the
cult classics we enjoy like King Kong,
Candyman and Tales from the Crypt.

“The hope is always that some less remembered and appreciated horror and sci-fi films featuring black actors, directors and producers will work their way back into the cultural zeitgeist,” says Shelby Cadwell, president of Wayne State’s film and media org Kino Club 313. “Films like Horror Noire will hopefully steer audiences towards films like Wes Craven’s The People Under the Stairs, the original Candyman, The Brother from Another Planet, and even the original Night of the Living Dead.”

Most of Horror Noire’s hour
and a half runtime is a mid-depth dive into the hidden meanings and storied
history of African Americans and televised terror, so it can get a little
depressing at times. But just like the Civil Rights movies we (mostly) enjoy,
there’s a bright light at the end of the struggle and his name might just be
Jordan Peele.

The Detroit Public Library’s Chase branch will host a screening and discussion of Horror Noire on Oct. 26 at 3:30 p.m. The staff hasn’t seen it yet, but assistant manager Kalana Cooper said she’s “interested to see how the film drives the following community discussion” on current black horror media.

She says, “After the film, we’re going to do a lot of talking about movies like Get Out and Us to look at how black roles are changing to more serious roles and really dissect what horror means to us. I know I’ve been reintroduced to horror through Peele’s films because he makes it with us, for us.”

It wouldn’t be a discussion of black
horror without mentioning Jordan Peele, which the film likens
to a modern-day Spencer Williams and his critically acclaimed horror flicks. Horror Noire gathers testimony from
famous actors like Ernest Dickerson and Loretta Devine on why these movies
terrify us without also offending us. No spoilers, though!