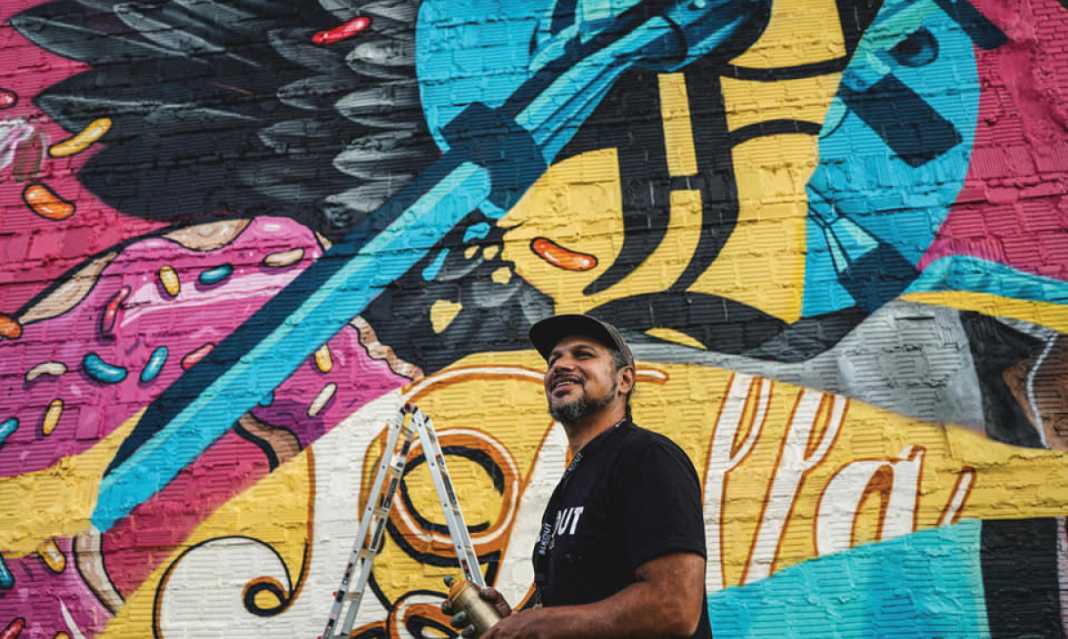 In 2019, James and her co-founders were together at a mural festival in Denver. While they enjoyed themselves in a Black-owned art gallery, they discussed how they were some of few Black people participating at mural festivals time and time again. James says, “Mural festival culture and street art is whitewashed. The picture that paints is that Black people don’t do this.”

The three of them decided to create a space that was geared toward, in favor of and in thought of Black people. The space is not exclusively Black but it’s for the love of Black people. When deciding on the location, James proposed that Detroit would be “the perfect place.”

She says she chose the NorthEnd because it has a special place in Detroit’s Black History. It’s where Black culture thrived in the 20s, 30s, 40s and 50s. Detroit’s Black Bottom and Paradise Valley were the ethnic cores of the NorthEnd community. Music legends like Smokey Robinson, Aretha Franklin and Diana Ross all hail from the area.

James received a grant from the Knight Foundation and together with partners like Vans, The Kresge Foundation, The Detroit Pistons, LifeWtr and more, the festival was able to pay their artists a fee, lodging, meals, and transportation. It was important for the team to take care of the artists to continue to grow the creative economy in Detroit.

BLKOUT Walls is currently featuring over 20 visual artists from Detroit and beyond like Ijania Cortez, Tylonn J. Sawyer, Phil Simpson, Problak, Dred Ske and more! The artists created over 30 murals along the streets of the NorthEnd. James says, “The building owners of Oakland Avenue say the streets haven’t been that alive in 15 or 20 years. We did whatever we sat out to do.” “Black Muralists and street artists are weapons of gentrification,” says James.