The pair have a combined eye for the psychedelic and the whimsical and a commitment to new Detroit.

After five years of working together under the moniker Armageddon Beachparty, Elena and Aubrey Smyth prepare for the grand opening of their first brick-and-mortar of the same name. It’s one-part studio, one-part retail shop, one-part gallery, one-part lounge, infused with the flavor of Midtown and drizzled with cool.

You’ll find Armageddon Beachparty-branded stuff like T-shirts and mugs along with unearthed and refurbished home décor pieces on one side of the space, and original works, a dance floor of sorts and a stage on the other. “We’ve always wanted to have our own brick-and-mortar space that we could utilize as not only a studio and a gallery but also to be an engaging space where local folks can gather and enjoy themselves,” Elena says.

“Engaging” is an understatement. The whole place is overloaded with so many unique and interesting pieces and knickknacks that your eye hardly knows where to rest, and each thing somehow feels out-of-place yet totally at home, like the cerulean mannequin legs hanging from the rafters. It’s a trip, a damned good one.

Of their decision to make art their full-time gig, Elena says, “We got tired of working our regular, ordinary jobs. We always wanted to be successfully self-employed artists, so we decided to take a giant leap of faith.” Both she and Aubrey quit their jobs and they “haven’t looked back,” Aubrey says.

They formed Armageddon Beachparty, a nod, Aubrey explains, to our societal obsession with the end of the world. “We’ve lived through how many supposed doomsdays? We imagine we’ll see many more during our lifetime, so, it’s kind of this fun way of saying, ‘If the world’s gonna end, let’s enjoy our time while we’re here. And if (it’s) not (ending), live like it is.'”

The pair create completely collaboratively. “We’re both strong artists in our own right, but we feel that we create some of our strongest work together,” Elena says. “And we really just enjoy working with each other.

Even our first conversation – the first time we met – was about how eerily similar our creative styles were. So, it’s like it was meant to be, you know?” Aubrey adds, “Over the last decade” – the length of their relationship – “they’ve just grown even closer.”

Over the years, they’ve finished over 400 works – all sold – and been a part of local and national festivals like Afropunk, Electric Forest and Voodoo Fest in New Orleans, where they met Zac Brown, leading to a collaboration. They say music and the entertainment industry have always been big influencers. “Art and music have always kind of went hand-in-hand. Art inspires art,” Aubrey says. “It definitely helps to fuel the creative process.”

With that in mind, the lounge and stage make perfect sense. They’re kicking open the doors of Armageddon Beachparty’s new home with a weekend-long celebration that’ll feature live music and DJs on Friday and Saturday nights, and on Sunday, Amanda Knox will host a screening of her new show The Scarlet Letter Reports and talk empathy with the authors of Deliver Us, a novel that imagines Detroit’s future had we won the bid to have Amazon set up shop here.

Aubrey wants Armageddon to become “a central hub for the subcultures of Detroit. Here in Detroit, screw seven degrees of separation, we barely have one or two. We’re only a step away, but there’s not a lot of crossover between these different subcultures.”

He wants to change that. As for Elena, she hopes that after this weekend “people overall get a better understanding of the variety that Detroit has to offer” and that the artists native to Motown harbor a special appreciation of “not only the beauty of the city but also the decay.” 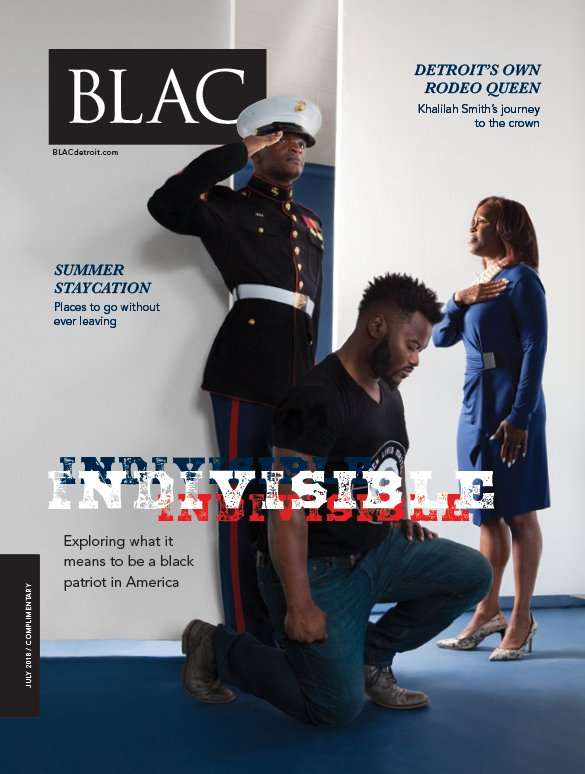 Crystal Sanford-Brown Named Vice President of the National Association for the...

‘Oh You Fancy! Black Hair & Fashion’ Exhibit Opens at The...

SisterFriends Detroit is Creating a Support Network for Pregnant Women and...

Get Active with the NABJ’s 5K Run and Photo Auction