JonXGenius is the visionary designer behind some of your favorite artists and event curators, and he just released his debut solo collection, Surviving The System. 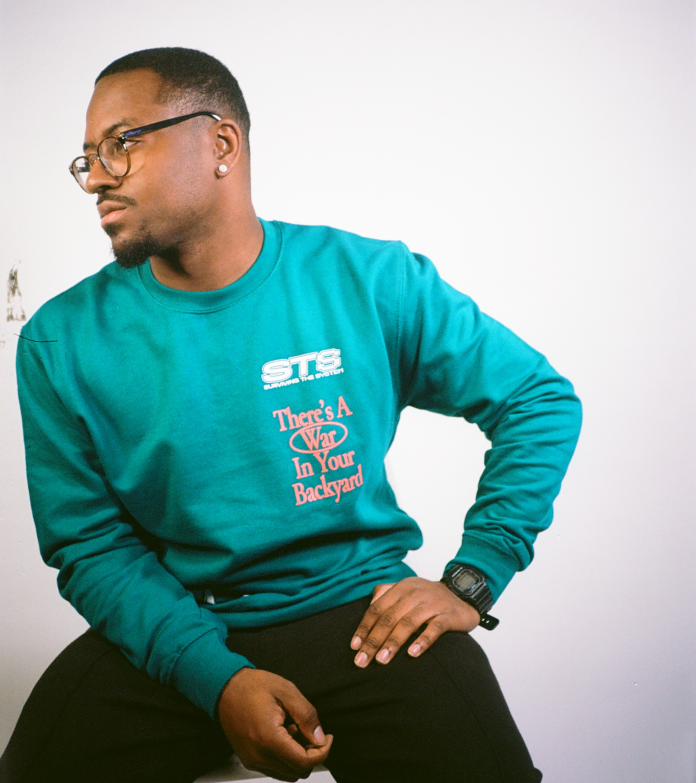 Hailing from Detroit’s North End neighborhood, JonXGenius, also known as Jonathan Brooks, has always seen himself as an artist. From making his own comic books and board games as a kid, to painting murals in high school, his curiosity and love for art allowed him to be imaginative.

He uses that same imagination to create his career as a designer today. “I just decided to pursue it, to actually take my inclination for art and put the work in,” says Genius.

Putting in the work paid off. One of Jon’s recent projects was designing for Big Sean’s Detroit 2 project. “I remember listening to Big Sean for the first time in ’07 and finally hearing a voice that I felt sounded like me. Being able to work on his most successful album felt like a full-circle moment. It was a great experience to help bring their vision to life for the project.”

Representation is a theme that runs rampant in Genius’ work and it’s demonstrated in the various drops of his collaborative clothing line, Corner Store Goods. “With CSG, our original plan was to create something from Detroit that people could identify without saying that it was from Detroit,” Genius says. “The name came from living in an inner city like Detroit and wanting to connect with people like us all around the world. The corner store is something everybody can relate to.”

On Friday, he launched his debut solo collection, Surviving The System,  a three-piece capsule collection that speaks to having an identity that operates in systems that were never meant to support you. “I describe it as the system because it’s not something that we created, it’s something that we exist in,” says Genius.

“When I say surviving the system it’s about us overcoming all of the obstacles that we’ve had to face as Black people or anyone with unique identities in America but all over the world. The system was designed for a certain kind of person and all of us don’t fit into that category.”

JonXGenius’ work centering Blackness and the vast expression of it that allows us to feel seen, understood and represented. People are proud to wear his pieces not just because of the impeccable design but because it’s a way to express ourselves and our shared experience. You can shop his first solo collection, Surviving The System at jonxgenius.com. 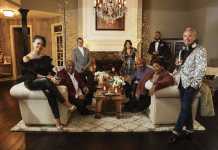 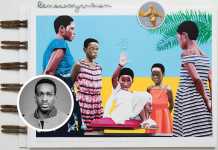 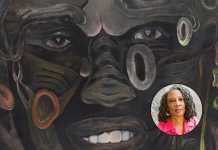