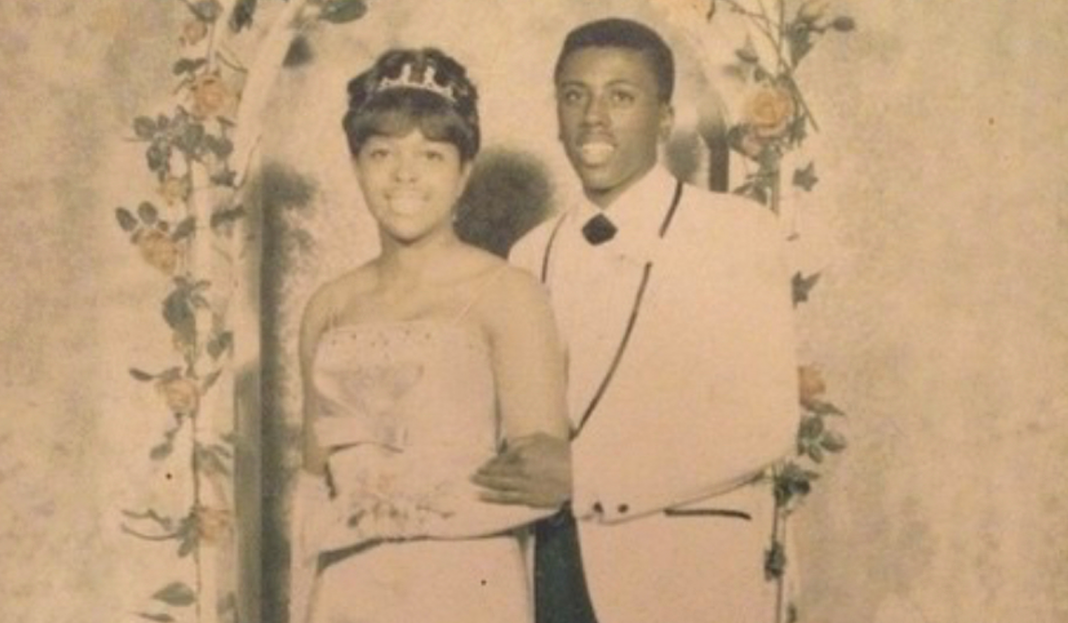 Growing up I was surrounded by Black love. I was blessed to have not only all my paternal grandparents with me through high school, but my maternal great grandparents (Ada Belle and Amos) through elementary school. My paternal grandparents (affectionately known as Cue and Reg) never agreed on who fell for who first. We chalked it up as love at first sight and grandmother playing hard to get. Grandfather always talked about meeting Grandmother at church. He swears she was instantly smittened when she saw the tall, dark brotha roll through in his car. On the other hand Grandmother said she didn’t pay him any mind. Focused on her budding nursing career, she didn’t have time with a flirt. Fast forward, show off or not Cue and Reg became each other’s yin to the other’s yang. They were lovebirds and life partners. Their strengths and weaknesses balanced one another out and it never felt like anything but love overflow at their house. Now I do remember some bickering and some muffling under their breath from time to time, but the unconditional love was forever. When my grandmother passed away it was like someone stole Grandfather’s heart forever. The little church ladies showed up in droves to console and “check on” Grandfather, but he had no interest in filling the role of lover, best friend, life partner and wife. He said the role was my Grandmother’s and hers only. He spent the last 12 years of his life pouring into us.

Then there was the legendary Bennalee and Wink, my maternal grandparents. They were fun and fire. Super social and loved having their house filled with all eight grandchildren and another half dozen second cousins. Their house was family HQ because of the unconditional love that seeped through every crack and crevice at all times. Wink, known to his grandkids as Pa, met Bennalee while in high school: Lynch Colored High School in Kentucky. He was on the football team and she was Football Queen (equivalent to Homecoming Queen these days). The two dated and graduated high school together, got married Christmas Eve that year when Wink was home from college. They gave birth to their first born, my Mom, the following year. I remember how special it was to watch my Mom, aunts and uncles plan their 50th anniversary party. By this time the number of grandchildren had surpassed a dozen, Granny was in remission from her breast cancer diagnosis and life was good. A special side note, Granny had a tremendous influence on my love for fashion as a little girl. She had dreams and aspirations of being an actress excelling at performing arts in high school. She was meticulous and had four girls and a little boy impeccably dressed like Sunday Best was everyday. To her, jeans were play clothes in the ’50s and ’60s and quite honestly into the ’70s. Gloves and a hat were part of her stylish church looks. Her obsession with penmanship was uncanny. We all learned to write in cursive by the age of 3 or 4. Which as we know today is a lost art.

It was clearly inevitable that my Mom and Dad were to have a love story of sorts given who their parents were. They too like Bennalee and Wink met in high school, senior year. They said they would pass in the hallways and Dad as happy and friendly as he remains today would greet Mommie with a “Hello” or “Good morning, Carolyn.” He says she had this red wrap dress that showed off her legs. That took him out. Mommie was quite popular. As head majorette and on student council, she couldn’t understand how she didn’t know the brotha who won best dressed in the mock elections. Everyone was telling her he was a cool cat. She’s like he can’t be that cool if I don’t know him. Then she realized he was her hallway greeter and the rest as the say is history. They went to prom together and eventually tied the knot in college at 19 years old, starting their marriage long distance. My parents were on track to walk in the footsteps of both their parents and celebrate 50 years of Black love before my Mom’s untimely death in 2016 when she was diagnosed with terminal lung cancer and died within 8 ½ weeks of her diagnosis.

Beyond the legacy of love within my bloodlines, my parents best friends that I only know as family were incredible Black couples as well. One of my exes was in awe when he came home with me one holiday and met everyone. He’s like, “Damn, there is nothing but Cosby’s around here.” For me that was all I ever knew. For him growing up without a Dad with a single Mom who was divorced from her husband she married after his Dad; the only true example he had growing up was his amazing maternal grandparents who helped raise him and an aunt and uncle.

I always loved my childhood. Between family and friends, it was simply magical. My Mom and her best friends were hell bent on raising independent women. Although many of them had jobs and careers of their own, their husbands’ careers definitely took the lead and was the foundation of all households. Sometimes reflecting on the beautiful legacy of love I was blessed to be born into, I often wonder how I am still seriously single. It’s not by choice that’s for sure. I work hard and love hard. I never wanted my dreams, ambitions and career to get in the way of finding my lover, best friend, life partner and kick-it-king and husband. But, here I am. I don’t expect the fairytale like stories of my parents and grandparents. But, how did my path veer so differently?

I will not lose faith but it is also terrifying to me. Is it simply just timing? Does a woman’s ambitions discourage some men? Or, is God still preparing us to be our best versions of ourselves?