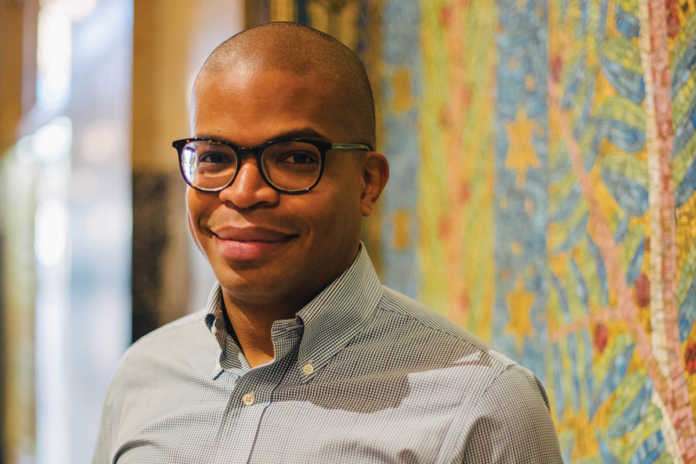 When you’re passionate about a thing, it helps to affiliate yourself and your cause with like minds. Created in 2007, CultureSource is a member association for arts and cultural nonprofits, helping to connect these organizations with one another and further their missions by providing programming and a space to exchange ideas. It’s “a coalition,” executive director Omari Rush calls it, “looking to advance ideas of creative and cultural expression.”

CultureSource – known as the Cultural Alliance of Southeastern Michigan until 2013 – operates in southeast Michigan, serving about 160 nonprofits in Wayne, Oakland, Macomb, Washtenaw, Livingston, Monroe and St. Clair counties. “We started from a community of folks saying, ‘We really need somebody to help us learn and grow,’” Rush says.

Organizations who join CultureSource gain access to tailored programming, workshops and networking opportunities meant to further their reach and increase their impact. “We’re finding that people who are doing arts and culture activity in southeast Michigan have, most often, two things that they’re needing help with – funding to do their work and finding audience members or people to experience their work,” he says.

Monthly workshops at Co.act Detroit, in partnership with Aly Sterling Philanthropy, focus on fundraising for the first part of the year and then get into marketing strategy during the second half, open to the public for a small registration fee but free for CultureSource members. Other programs address business development, leadership training, recruitment and the like.

The CultureMakers program invites young leaders, predominantly leaders of color, to share in artistic experiences and along the way, Rush says, “asking them to help us develop a definition and an idea of culture. And their concept of culture will be – and is – what CultureSource is using as our guiding principle and philosophy of culture.”

To that point, two years ago they enacted their “7 Guiding Principles,” one of which reads: “We have a responsibility to elevate voices historically oppressed by privilege.” Yearly membership fees are scaled based on the member organization’s annual operating budget to make CultureSource’s services accessible to smaller groups. Another of those seven principles: “Organizations of all sizes can be valued as community anchors.”

Raised in Tallahassee, Florida, Rush moved to southeast Michigan in 2003. When he came to the area, he was fascinated to learn of all the grassroots movements, from labor to religious, birthed in Detroit that grew to revolutionize the country and the world. He says at CultureSource, “Part of what we’re trying to do is honor that legacy of people here having great ideas and finding a way, regardless, to do something with those ideas, to do something with those passions.”

Rush started at CultureSource in 2017 after stints at the Ann Arbor Art Center and, before that, at the University Musical Society at the University of Michigan heading their K-12 education program, what he calls some of his “proudest work.”

In June, CultureSource is inviting the Kennedy Center for the Performing Arts’ director of hip-hop and contemporary music Simone Eccleston from Washington, D.C. for a mini-residency focused on representational justice. While taking care to spotlight those in southeast Michigan doing great work, the group often calls in reinforcements from elsewhere in the country which, Rush says, “creates a diversity of approach and perspective that ultimately enriches the work.”

Collaboration is key to the CultureSource vision. Rush emphasizes that none of the organization’s work would be possible without the partnership of myriad other collectives that support their goals, and they encourage that same connectedness among their members.

“We’re thinking a lot differently about the ways in which our members show up in a space together and exist in that space as a coalition,” he says. “That’s a real set of colleagues and allies that create movements together and work toward some kind of greater good.”

This year and the next will see the org concentrate less on trickle-down, regimented instruction and more intently on coalition building, networking and organic collisions for collective impact. Rush says, “We live in a networked society of dependence, and what a gift and resource it is for us in this area to have colleagues and allies who are doing similar but different work who we can learn from.”

That education ultimately helps to foster a stronger arts and culture community. “We want as many people as possible – through arts organizations and through artists – to have access to the most inspiring, uplifting, joyful, creative experiences as possible.”

A Q&A with Neisha Neshae as she Debuts New Music