Subscribe
Home Arts + Culture Bask in Sights and Sounds inside the “Paradox of Harmonics” Exhibit at... 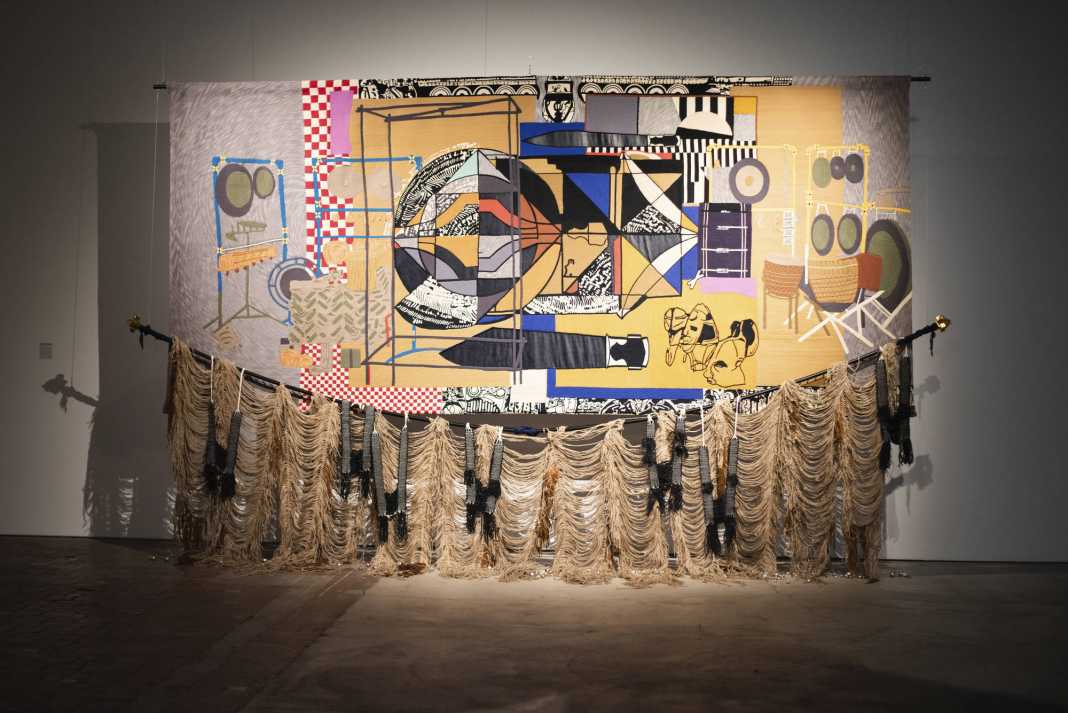 Nep Sidhu’s first solo exhibit in the U.S., “Paradox of Harmonics,” is on display at the Museum of Contemporary Art Detroit (MOCAD) now until September 11, 2022.

The Toronto-based artist dedicates the exhibit to his Sikh religion. Sidhu uses Afrofturist and Sikh practices to reveal how the power of sound can act as a space for unity, testimony, harmony and freedom.

“The artist juxtaposes his Sikh beliefs with the sonic philosophy of musician and composer Sun Ra, whose creative legacy links personal autonomy with communal improvisation,” MOCAD described the exhibit.

In the middle of the exhibit, an omnidirectional sound system sculpture projects the sounds of the late Detroit DJ, Producer, and legend Mike Huckaby. With the sounds on a continuous loop, the sculpture charges the surrounding artwork with melodies that results in a deeper synergetic atmosphere between the works.

Sidhu uses both Huckaby’s and Sun Ra’s spirits to challenge the viewer to look within themselves to see where they can be enlightened and spread that light with others.

Sidhu was born in England and raised in the Toronto area. Growing up, creating art in the Sikh temple was his first memory as a child. His parents wouldn’t allow him to bring any toys into the temples. He was only allowed to hold onto a bundle of tissue paper. He would scrunch the tissue up in his hand and let it go to reveal different shapes and cultures.

If he wasn’t crumpling up paper at the temple, he was sketching.

“I was constantly sketching: on every surface, on every book, on anything I could,” Sidhu said.

Growing up near Detroit, the city has played a special role in his creative process.

“Being able to go to Detroit and witness its history of making music, seeing and hearing the sounds of the city, witnessing the parties and the environment of a city that comes with historic black artists is really cinematic,” Sidhu said.

This isn’t the last time we will see Sidhu’s art in Detroit.

“I feel a connection to Detroit in a major way,” Sidhu said.

The Motown Museum is getting a $50 million expansion