The annual music festival is going digital this time around. 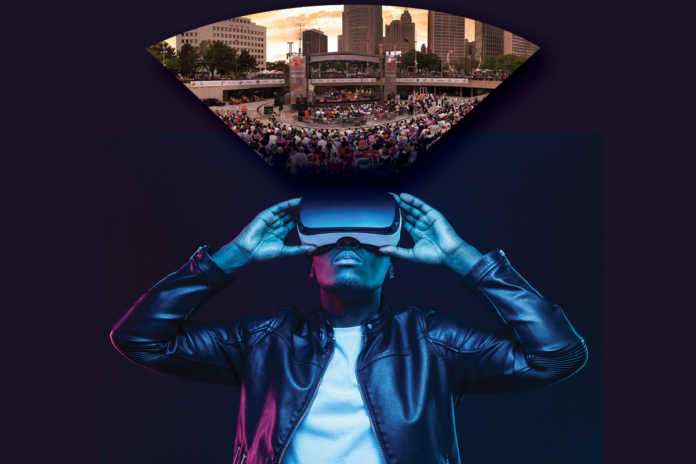 Beginning Labor Day weekend, the Detroit Jazz Festival will launch with a free virtual presentation of the annual show. Presented by Rocket Mortgage, the four-day festival will be performed live on the indoor sound stages of the Detroit Marriott at the Renaissance Center. Embodying the soulful experience of past years, the Detroit Jazz Fest will place artists on traditional stages featuring familiar lighting and sound structures.

In addition to being filmed with three cameras in high definition, the lineup – to be revealed in its entirety at a later date – will mainly consist of local musicians. Artists originally set to travel to the city for their performances, including Dee Dee Bridgewater, Gregory Porter and Herbie Hancock, may still pop up. Chris Collins, Detroit Jazz Festival Foundation president and artistic director, recently teased the possibility of virtual appearances during the program.

Collins says, “Working with city, state and federal authorities, we evaluated several contingency plans to ensure the health and safety of our extensive audience during the pandemic. After much consideration, it was decided to create a virtual performance environment that will duplicate the live performance experience.”

Along with connecting with Detroit audiences, the festival will now be accessible on a worldwide scale thanks to the digital transition. Music fans interested in watching the program can view the show in multiple ways: on Channel 22, the city’s new arts and entertainment station; the festival’s website; public radio and television; and the official app. VIP packages, which include personalized and up-close artist experiences, are also available for purchase on the festival’s website.