Organized by Design Core Detroit, Detroit Month of Design showcases the city and its creatives.

What used to be a five-day festival to appreciate Detroit design and creators has now evolved to a month-long explosion of artistry. For the first time, Design Core Detroit has dubbed September to be the Detroit Month of Design. With that comes a 30-day hoorah of events and projects meant to be a "citywide celebration of creativity that gathers designers and the greater community to celebrate Detroit's role as a national and global design capital."

In 2015, the United Nations Educational, Scientific and Cultural Organization named Detroit as its only U.S. "City of Design," an accolade that credits a city's design legacy and commitment to promote cultural and creative industries. It was this appointment that Design Core Detroit creative director Melinda Anderson says encouraged the festival expansion. "It brings a distinction to the city. So, we join other international cities who have utilized this designation to improve their economy and to also bring a lot of attention to the creatives in their area," she says.

Expect more than 30 participants and 41 events during the month including old favorites like Eastern Market After Dark and the Focus: On Detroit Photography Festival, along with some additions. "I want this to be a platform for the showcase of designers, of course," Anderson says. "I want a lot of design enthusiasts to come and support the designers and small businesses represented, but I want them to carry that momentum all year around." She hopes that beyond the festivities, when you're thinking about renovating your home or hiring a photographer for your wedding, you'll consider the creatives you discovered this month.

The New Orleans-based visual artist and filmmaker uses media to tell stories and expand the consciousness of viewers. In 2014, he was named one of Complex magazine's "20 New Orleans Artists You Should Know."

Organized by Focus: HOPE, exhibitions include photographic works by a variety of professional and emerging photographers. When the sun sets, large-scale photographs, videos and light displays will be cast on the historic Michigan Bell Building, curated to music.

Licensed architect Saundra Little and designer Karen A.D. Burton guide us through the history and influence of African-American architects in Detroit, highlighting trailblazers like Paul Williams, the first black architect to become a member of the American Institute of Architects.

For more information or for a full schedule, visit designcore.org. 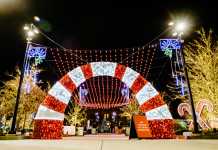 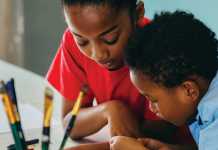 A Sneak Peak Into the Life of The Interdisiplinary Artist Jes...

BLAC Artist of the Week: Deniece Daniels, Pushing the envelope with...

Two Christmas playlists for you to jam to all weekend

Two of the Lyon brothers are in Detroit right now