Take a ride with me, through the first 4 seasons as we point out some of those lessons - I would even call some of them red flags. But first, grab your wine because it may be an emotional rollercoaster. I know we are all in our feels about the final season of Insecure coming today, But, we have to also take heed to laughs and lessons Issa and the crew have brought to our screens season after season.

Take a ride with me, through the first 4 seasons as we point out some of those lessons – I would even call some of them red flags. But first, grab your wine because it may be an emotional rollercoaster.

So boom, Issa and Lawerence aren’t in the best place this whole season. This particular episode gets a little steamy as they attempt to have a little fun in the shower (awkward, AF). Lawrence is working at Best Buy. We’re introduced to Molly Sales Associate, Rasheeda (you know the one the partners need Molly to have the “talk” with). Daniel comes to Issa’s job for Career Day. And, Tasha and Lawerence are having lunch. Eek.

Lesson 1: Don’t just be a cheerleader, be his hypeman.

In the lunch scene with Tasha, Lawerence expresses how he has this idea for an app. She doesn’t talk down on it. Without question, she immediately encouraged him to go for it and “keep hustling”. Ladies sometimes that’s all a man needs, a little confidence boost. Do it for him… or a Tasha will come along and do it.

The girls head to turn up in  Malibu for Kelly’s birthday. Lawerence knows. He is really making Issa lie in the bed that she made, with Daniel. She’s constantly calling and begging him to come home. – but it ain’t working. We see the affects of Issa vs. Molly and honestly should have been our sign this friendship was going to end up in turmoil eventually.

Lesson 2: Get it together for yourself, not for him (or in Lawerence’s case, her)

Don’t do it for the gram, him or her… do it for yourself. Truth is, you can’t trust people to stick beside you during the low moments. And that’s okay – I’m sure we’ve all learned that at some point in life. However, that’s why you can’t want to do better for someone else, because they just might still leave you.

Let’s set the scene. Molly and Issa are having good ole’ girl talk on the phone like best friends do. They’re talking about Molly and Dro’s “thing” and Issa and her … “surprise facial” from Mr. Daniel. Lawerence has Issa blocked. But the real tea is Derek’s classy yet messy dinner party at the end. Lawerence brings a date. Dro’s wife, Candice, is present – awkward much for our girl Molly. AND Lawerence goes TF off on Issa. (I was uncomfortable watching it, okayyy).

I know, I know… in the heat of the argument all is fair in hurt and argument. BUT I’m sure we can admit that the argument with Issa and Lawerence hit below the belt multiple times in a row. Let’s just identify a few rules to arguing fair:

Remember Tiffany’s Baby Shower? Before we get there, we see Lawerence and Issa in an awkward run in. Very Awkward. Lawerence flashbacks to what he’s been up to – which is a ton of women. Issa is hitting it off with Nathan – but then he Ghosts her. Andrew ask Molly on a date. Kelly is feeling a way at the baby shower. Lawerence share a few laughs with Issa yet lock eyes with Condola.

Issa has this AH-MAZING event idea and many people are shooting it down from the beginning And she begins to doubt herself. Everyone isn’t going to believe in your dreams. Everyone won’t see your vision. And that’s okay… don’t let that stop you. What if Madam CJ Walker, stopped? What if Beyonce, stopped? What if Martin Luther King and all the other Civil Rights Leaders stopped, because everyone didn’t believe the little progression was possible? Ignore them and do like Issa, and DO IT, anyway.

By this time, Molly and Andrew are full fledged a thing. Lawerence and Condola were, but broke up. Tiffany had the baby and is enjoying her time at Issa’s block party. But Issa and Molly are on the outs and not f’n with each other – at all. Sh*t hit the fan when Molly approached Issa at the Block Party about asking Andrew about this artists.

Lesson 5: KNOW WHEN THE TIME IS RIGHT.

Do all that. But sometimes the timing of when it happens, matter the most. In the moment, is not always the time. The moment when your friend has accomplished something major, definitely is not the right time. Take that time to support your friend (if you can) and save that conversation for later.

Whew, that was a good binge session! Now, it’s time to gear up for the final season! 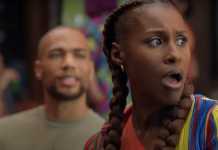 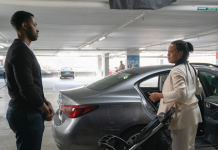