Highlighting the people, places and events of Black Detroit

bsent from the conversation about the administration’s Muslim ban is how America’s black Muslims are affected. And the answer is: Profoundly.

Of the seven Muslim nations still affected by the revised ban, three are in Africa – including Libya and Sudan, predominantly Arab countries. Somalia is the only non-Arab African country on the list. But while the travel restrictions may directly affect Somalians, the recent double-detention of Muhammad Ali’s son Muhammad Ali Jr. may indicate that all black Muslims are now suspect as well.

Black Muslims have been part of the American family for centuries. Nearly a third of the Africans brought to the United States during slavery were Muslims forced to convert to Christianity. (You may remember that in the 2016 remake of Roots, Kunte Kinte was portrayed as Muslim horseman before his capture.)

Flash forward to the 1950s and the rise of the Nation of Islam, or Black Muslims. The Nation, which focused on black liberation, was considered revolutionary, militant and anti-American. Its then-leader, Elijah Muhammad, famously called whites “blue-eyed devils.” At the height of the Black Power Movement, Black Muslims, including Malcolm X, were the subject of government surveillance and intimidation.

At that time, they were the Muslims that America feared most.

The Nation bore little resemblance to traditional Islam. After Elijah Muhammad died in 1975, some followers carried on under the fiery, racially divisive rhetoric of Louis Farrakhan. Other Black Muslims, including Malcolm X, adopted the Sunni Islamic practice under the leadership of Elijah Muhammad’s son, W. Deen Mohammed. Over time, even Farrakhan has moderated the Nation’s racially inflammatory rhetoric and embraced more mainstream Muslim practices. But today, it’s much more likely that an African-American Muslim is a follower of W. Deen Mohammed – a group some scholars said could be as large as 1 million as of 2002, a Chicago Tribute article notes.

Both African-American and African-born Muslims have struggled to be embraced by mainstream Islam. Abroad, there is continuing racial bias by Arab Muslims against their African Islamic counterparts. Here in the United States, the issue is compounded by the question of the religious “legitimacy” of Black Muslims.

“I find that often, when I greet Arab Muslims in Arabic, they just look at me like I’m crazy,” said a Detroit African-American Muslim and mother of five. “It’s like they don’t understand why a black person is ‘pretending’ to be a Muslim.”

At the same time, African-American Muslims are not well understood in their own communities. “They think all black Muslims wear bow ties and sell bean pies,” said a Detroit-born millennial. “My mother was wearing a hijab at a flea market in Detroit and people asked her if she was a fortune teller.”

The fact is that of the 2.75 million Muslims in this country, very little focus is on the more than one-third who were born in the United States and even less on the 40 percent of those born here who identify as black.

“Long gone are the days that Black Muslims were public enemy number one,” said a follower who did not want her name to be used. “Now the focus is on Arab Muslims.”

Until now. There’s a reason why I have not used the names of any Muslims quoted in this column: They all worried that being identified in print could have serious ramifications for them, their families or their businesses.

“My masjid in Detroit is now discussing more security measures,” said one black woman, whose mosque is inclusive of Arab and non-Arab Muslims. “We have been getting more threats. I feel like I’m having a bad dream.”

Travel has become particularly complicated. A West African importer with a green card told me that travel to his country to buy goods is more difficult now than in the past 20 years. His last shipment of goods has been detained in customs in Detroit for more than a month.

“My husband is also Muslim but he’s here on a green card,” said a self-employed American citizen who often travels for her job. “There is no way I’d let him go out of the country now. I’m terrified that they would not let him come back.”

Lest you think that the ban won’t affect Christian blacks, think again. African-American Muslims are being targeted because of their Arabic names – names that are common in the black community. My Christian granddaughter is named Aaliyah, which means “ascending” or “going up” in Arabic. And if she’s going up into the friendly skies, she and other African-Americans – Christian and Muslim alike – now do so at great risk.

How I’m Learning to Wade Through My Childhood Trauma 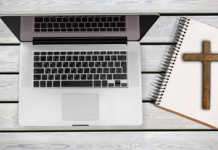 A Q&A with Neisha Neshae as she Debuts New Music