This article was originally published in BLAC's June 2009 issue

om Worford had to push himself to do the "g" word six years ago. Once he did give back, however, his decision changed his life and that of his mentee, Donquise Ealy.

At the time, Worford led the 100 Black Men organization, which had built a relationship with Big Brothers Big Sisters of Metropolitan Detroit (BBBS). Members of the organization committed to spending two hours a month with a young African-American boy in need of guidance for one year. That was it.

"We're in year six," Worford says of the relationship. "They asked for one to two hours a month. My time is like four hours a week. It's not the norm, but we've established the relationship."

Worford is responsible for taking Ealy to see his first sporting event at age 13, through BBBS' Sports Buddies program. He's not a replacement for Ealy's father, who is incarcerated, but he has provided the young man with a consistent male influence.

He holds him accountable for his progress in school, and in the community. Now 18, Ealy will graduate from Hazel Park High School this year. He might enroll at Wayne County Community College District or attend a trade school for carpentry.

"Tom is great," Ealy says, speaking on a cell phone in Worford's car. The two are headed out on this early spring night to catch the Final Four festivities at the Palace of Auburn Hills. "I consider him more than a big brother. He's more like a father to me. We talk every week to check up on each other."

Worford and Ealy have become a model relationship in BBBS' effort to increase the number of African-American mentors in metro Detroit.

"For every 100 boys in need of a mentor, 75 are African-American," Dara Munson, president of BBBS, says. The dearth of Black men available to model manhood for Black boys can be attributed to the high number of fatherless homes that plague metro Detroit.

According to the Census Bureau 2007 American Community Survey, 58 percent of Detroit families with children are headed by single mothers. Munson uses a simple philosophy to relate this statistic to the need for Black male mentors.

"In order to be a man, you need to see a man," she says. BBBS began focusing squarely on the issue two years ago by forming an African-American Task Force, whose work produced the 100 Mentors in 100 Days initiative.

The project has been successful, exceeding its goal ahead of schedule the last two years. The need for mentors, however, remains tremendous. There is always another kid, always another need, always room to get involved. And the reward is twofold.

"Being a mentor does more for [men] personally than one can imagine," Munson says. Worford, who has three sisters and a daughter, grew up without a father in his home. He says Ealy is like a younger brother to him, and describes the relationship as fulfilling as an opportunity to give back, and to develop a male bond he's never had before.

Worford adds that getting involved in Ealy's life has become a team effort in his household. He chooses to give four hours a week, not that he counts. But his wife, Carolyn Worford, supports Ealy's maturation as well. Besides, it's not like their time together is a burden.

Ealy may call to tell Worford about a movie he'd like to see. Worford drives from his West Bloomfield home to pick up his "Little," as mentees are called at BBBS, and they hang out for a couple hours. It's not much more complicated or deep than that, Worford says. Bonding, however, does take place. Conversation, opportunities to help each solve the world's problems, that all works itself out without being forced.

"Every relationship doesn't work," Worford says. "If you go in thinking you're going to impose your choice of activities" on the mentee, he says, you'll fail. Let the mentee breathe, trust [his] imagination, and then facilitate an outing or conversation. Presence is the most important thing.

BBBS' process of selecting mentors is thorough. Background checks for criminal histories and any sexual offenses take place for every mentor. Mentors are then interviewed and matched with a mentee.

Munson's goal is to see "every able-bodied adult put a hand on a child's shoulder." She says Detroit's African-American boys are diamonds in the rough.

Worford and Ealy's meeting six years ago gave the latter a choice of role models, and a way to avoid the streets. Imagine his options had he never met a mentor like Worford.

Just wondering. Who's your Donquise Ealy? 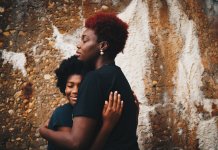 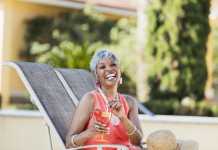