Unsung in their pursuits, these business owners are broadening their brands beyond the shelves

he book-publishing industry is still feeling the shockwaves of when Michigan’s own major book retailer, the Ann Arbor-based Borders Group, filed for Chapter 11 bankruptcy and later shuttered all of its stores, now over five years ago. It’s no secret that people are reading less and, if they are, they’re likely to head to online retailers – chiefly Amazon – first.

The prognosis for bookstores has been touch-and-go for some time. While independent shops can thrive, it can be a tough business in cities like Detroit with their own economic woes. And big retailers like Barnes & Noble, which closed its Royal Oak store in 2014 on the heels of other closures nationwide, are still feeling their way through.

Seemingly weathering the storm are Detroit’s Bible bookstores – niche retailers that deal in religious texts, Christian fiction, hymnals, study manuals and other publications for the faithful. They’re an outlet for books from big names like T.D. Jakes and Juanita Bynum, as well as local and regional authors.

The proverb of the mustard seed in the Bible teaches that even the smallest things can grow to have a great impact. Detroit’s Bible bookstores are a testament to this lesson, as the solo or family-run operations have stuck around through the rise of online retail and fall of brick-and-mortar bookstores, providing a religious haven for a dedicated community. They’ve been around metro Detroit for more than 20 years and have watched the bookstore landscape change from a booming business to an operation plagued by fewer customers and sales.

So how do they survive? Owners have dealt with industry changes by reducing stock and branching out to include different products like church supplies and gospel music. Most importantly, though, they’ve handled the struggle with grit and perseverance.

Larry Robinson, owner of God’s World on Detroit’s west side, says while his store is successful now, it wasn’t always the case. Founded in 1979, the store once had its utilities disconnected at an especially low point. In 2008, Robinson lost the building to foreclosure during the recession; he now pays rent to a landlord who owns the space.

The bookstore has produced gospel concerts at major venues, including Cobo Hall and Fox Theatre, and sells tickets to gospel plays and church events. God’s World throws a monthly gospel skating party that fundraises for churches. And while the backbone of the business is in-store sales, it also sells Bibles, books, music and church supplies at church conventions.

These events and fundraisers have made God’s World a household name, which Robinson says aided in their survival. The store wants customers to walk out of the bookstore feeling better about themselves than when they walked in. “We care as much about you as you do,” he says.

Ascensions Bible and Bookstore is a family-owned and operated business that opened in 1993 in Oak Park. The bookstore was founded by Pat Reeves and, with her son Keith Reeves, they share the word of God with their customers.

Ascensions has overcome the downward trend other bookstores have faced by providing a large variety of Bibles and striving to serve all religions.

“Most of the time people want a Bible in their hand, because the word is alive,” Keith Reeves says.

Baker’s Bible and Bookstore on Detroit’s west side, owned and operated by father-daughter duo Walter Baker and Carla Markham, also opened in 1993. They say that while things have been difficult, their dedication to the community and trust in God keeps the store afloat.

“Things have been kind of hard since most people tend to shop on the internet today. It’s changed,” Markham says. “Of course, sales have decreased from then to now, and that’s hurting.

“It’s very difficult to be here,” she adds. “It’s not as easy as it was back in the day. The bookstore business was a great business to be in. Now, just keeping the doors open is a great thing.”

Ruby Wheeler has operated Globe Bible Bookstore for 33 years on Detroit’s east side. She spent 32 years in the same building on East Jefferson Avenue near the riverfront before moving across the street to a new location with a parking lot.

“Whether we’ve had great profits, little profits or no profits, we stay in business and do the best we can to serve our customers,” she says.

“The shift to online has definitely impacted us,” Wheeler adds. “We have to work a little bit harder than we did before to get customers into the store and to convince people that in spite of the technology going on, there’s still a place for the physical copy of the Bible.”

Wheeler says the store has survived for so long is because the Bible bookstore is an important asset to the community.

“The reason why we’re still here is because we feel as though we’re doing it as a ministry; we’re called by God to do this,” she says. “Anything we do, we do it from the heart – because if money is the first motivation for anything you do, we feel that’s not a good motivation. While we know that you have to make money to stay in business, we feel that is not our primary reason for being here.”

Like many small businesses, the bookstores often rely on family members for help with operations.

In the case of Baker’s, the family worked together not just to run the store, but to build it, too. The building that houses the bookstore was originally slated for demolition, but saved by Walter Baker and his son, Kelsey Baker. They fixed the roof and repaired the rest of the building. The family had operated the store for 13 years when Kelsey passed away.

Markham says she considers the store’s operation a remembrance of Kelsey, and she hopes its legacy will continue in the community even after she and Walter are gone.

While each Bible bookstore is unique, they all have one thing in common: the belief that God is in charge of everything.

“At one point I thought God’s World was mine. God showed me right quick it was his,” Robinson laughs.

Robinson learned through trial and error. He says God “allowed me to take care of his stuff. I gotta make sure everything I do aligns with his wishes and his will.” 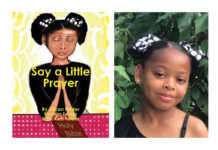