Home Health + Beauty Ask the Expert: Should I Become an Organ Donor?

Organ donation can be a tricky topic to talk about. While some organ donations can take place while the donor is still living, the majority of donations come from deceased patients. Since African-Americans are diagnosed with diabetes and hypertension at higher rates, both of which can lead to organ failure, they make up 35 percent of the patients on the organ waiting list, but only 13 percent of all donors, according to the U.S. Department of Health and Human Services. Only 50 percent of all American adults are registered organ donors. Southfield-based family medicine doctor Teniesha Wright-Jones, D.O., says that there are quite a few misconceptions that deter people from signing up. "Some people think that if they donate their organs, then their family won't be able to have an open casket funeral, but that's a myth," she says. "The technique that they use to go in to get the organs is similar to doing an autopsy, so the body is preserved under the clothing. So the family members wouldn't be able to tell that the deceased donated an organ."

Dr. Wright-Jones notes that almost anyone can be an organ donor. Adults and kids (with parent permission) can donate their organs at no cost to them or their families. Even some patients who are ill can still donate. "There are certain things that would prevent someone from being able to be a donor, such as HIV infection, active cancer, anything that we consider systemic – where all organs may be affected," she says. "But if you have congestive heart failure, you might not be able to donate your heart, but your lungs, your eyes, your kidneys may still be good. It depends on how diseased the other organs are." One person can save up to eight lives by donating their heart, lungs, liver, pancreas, kidneys and intestine. Donors can enhance up to 50 lives by donating their hands and face, in addition to other tissues like corneas, skin, heart valves, bones and tendons. Organs are matched to a recipient based on blood type, medical need, time spent on the waiting list and geographic location.

If you're interested in becoming an organ donor, there are a few ways you can add your name to the Michigan Organ Donor Registry. You can always add your name to the list while you're renewing your license at the Secretary of State or you can sign up on the Secretary of State website. Once you're registered, they'll send you a donor sticker in the mail to place on your driver's license. Once you've made the decision to become an organ donor, Dr. Wright-Jones says it's important to discuss end of life decisions with your family. "If your family knows that you've already made that decision, it just makes things a lot smoother during that time of passing," says Dr. Wright-Jones. "They know what's going to happen next, and they can respect your wishes for that to happen." 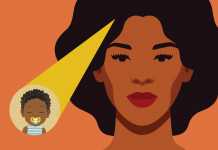 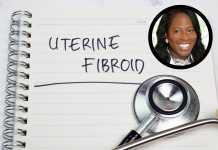 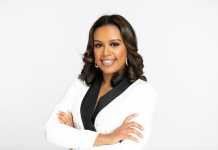