Subscribe
Home Health + Beauty Ask the Expert: What Are the Benefits of Breastfeeding? 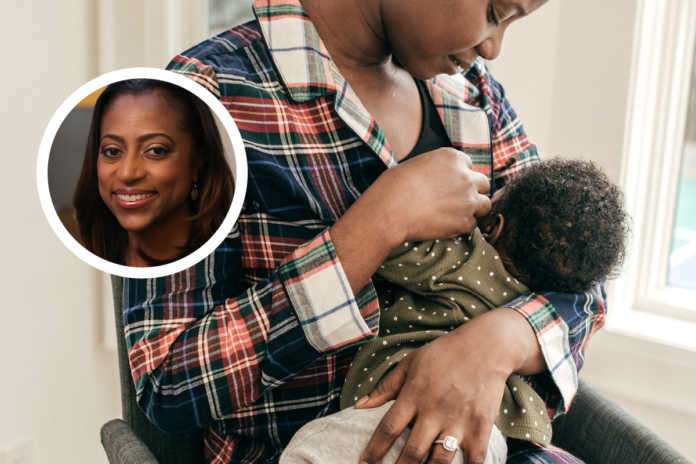 Breastfeed or bottle-feed? It’s one of the most important decisions first-time moms make when it comes to their newborns, and increasing evidence shows that “breast is best.” “Breastfeeding allows the body to recover from pregnancy and childbirth more quickly,” says Dr. Regina Frost, M.D., board-certified OB-GYN with Ascension St. John Hospital.

The American Academy of Pediatrics (AAP) recommends breastfeeding exclusively for six months. However, breastfeeding even for a short period of time can be beneficial to you and your baby, Dr. Frost says. In fact, mothers who breastfeed can lower their risk of high blood pressure, heart disease, ovarian cancer and breast cancer.

Breastfed babies have a decreased
risk of ear infection and infections that cause diarrhea, Dr. Frost adds, and
breastfeeding may decrease childhood obesity and the risk of sudden infant
death syndrome (SIDS). Aside from the health benefits, breastfeeding is cost-effective.

“Parents
spend up to $1,200 per year when formula feeding and up to $300 per year when
breastfeeding,” Dr. Frost says, noting that the $300 represents the cost
of the extra food a breastfeeding mother eats. However,
despite the many benefits, African-American mothers lag behind breastfeeding
averages at both state and national levels.

According to the Centers for Disease Control and Prevention (CDC), some breastfeeding barriers black mothers face include returning to work earlier, lack of access to professional breastfeeding support and the inadequate receipt of breastfeeding information from providers.

However, there are many resources
for breastfeeding information and support, Dr. Frost says. “This is not
something that they have to do alone,” she says. “Some hospitals have
lactation consultants. The hospital where I work – Ascension St. John Hospital – will assist moms after delivery until
they go home. They also can meet with the mother and her child in the
breastfeeding clinic once she has been discharged. They are also available to
answer questions by phone.”

In addition to BMBFA, the La Leche League and the Special Supplemental Nutrition Program for Women, Infants and Children (WIC) are great sources of information, she adds. “The WIC program used to focus more on formula, but has recently developed programs to facilitate breastfeeding,” she says. “If you are eligible for WIC, inquire about their breastfeeding services and resources.”

Dr. Frost recommends attending a
prenatal breastfeeding class and gathering support prior to having the baby.
Nipple piercings and other objects should be removed from the breasts prior to
giving birth. Once breastfeeding has begun, address any problems early with a
lactation consultant or your doctor.

Breastfeeding may be new and scary
for first-time moms, but she says, “When they are surrounded by other
women who share similar challenges and provided education and practical tips,
the moms will then be able to overcome some of the challenges of breastfeeding
while reaping the benefits for themselves and for their children.”