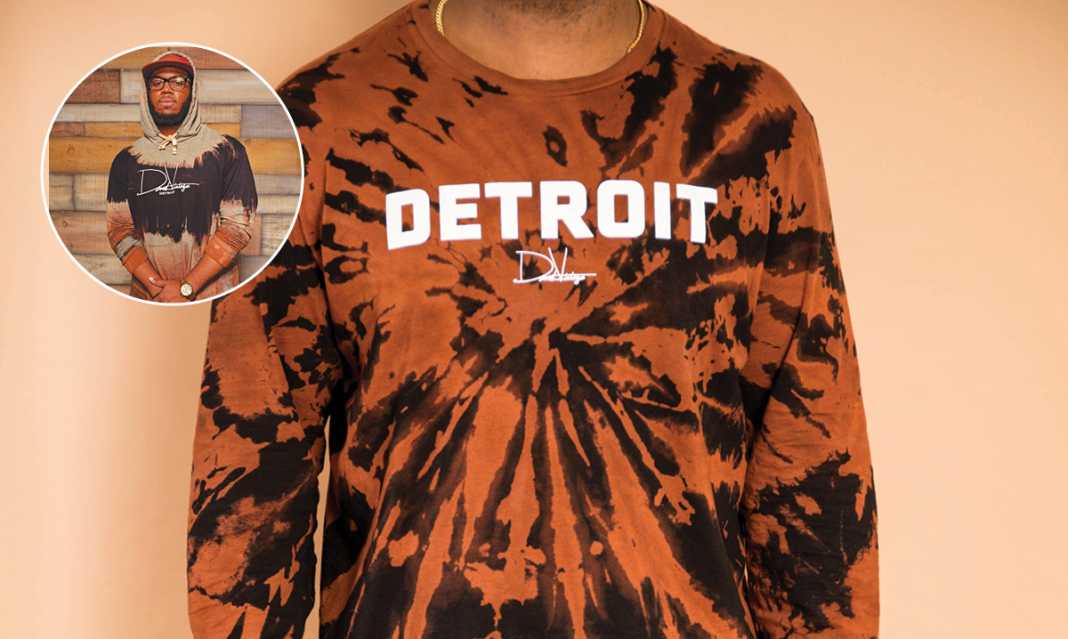 When it comes to visual artists making the jump to textile or graphic design, the key to standing out is finding your niche, claiming your brand and staying unique with your product. Native Detroiter Joseph Vintage David is the founder of David Vintage– a clever inversion of his name, his grandfather’s name and his preferred style – a Detroit-based fashion and couture design label.

David’s pieces can be found at The Detroit Shipping Company, the Rust Belt Market, and on his countless fans and supporters throughout the metro-Detroit area. David has released several differently themed collections during his 6 years in the business and gained popularity with his signature “staining” process used to set his designs.

“It’s a form of dyeing, except you’re removing color from the fabric rather than adding the color. The principle for me with staining is uniqueness at  a large and repeatable scale,” David says.

The results come from a variety of factors including oxidation levels, heat for the set, ink and pigment saturation and other chemical components in his staining mixture. This hand-done process ensures every piece is special and no two are the same.

David uses these techniques in his two haute couture streetwear lines, “Detroit Never Left,”and “Detroit is Back”. Both slogans from David express his love for his city by alluding to its history of enduring perseverance and the potential in its future. These slogans and graphics can be found printed on t-shirts, hats, and even coasters, since David has also recently ventured into creating home goods and vegan leather accessories. After going through David’s staining processes the shirts are completed with their own inspiring design pattern and tagline.

“Even if I follow a pattern, each garment is different, like a fingerprint. A shirt you buy and a shirt someone else buys who walks in after you are going to be completely different,” David says.

Along with these two collections, David has his Cut & Sew production line that he says really lets him explore his passion in creating unique and custom garments. With Cut and Sew, David experiments with inventive new designs, colors and silhouettes that he wants to possibly introduce to his standard collections.

“With my clothing, I want broad spectrum. I have stuff that’s great to wear whether you’re going out for a drink or staying in, chilling,” David says.

This month David plans to release his newest fall line including shirts, denim jackets and pants embellished with his signature techniques. He’s been experimenting with methods like shibori dyeing, an intricate Japanese technique that typically utilizes indigo color dyes. 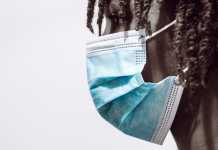 Dancers for Life School of Dance Teaches Dance at Any Age