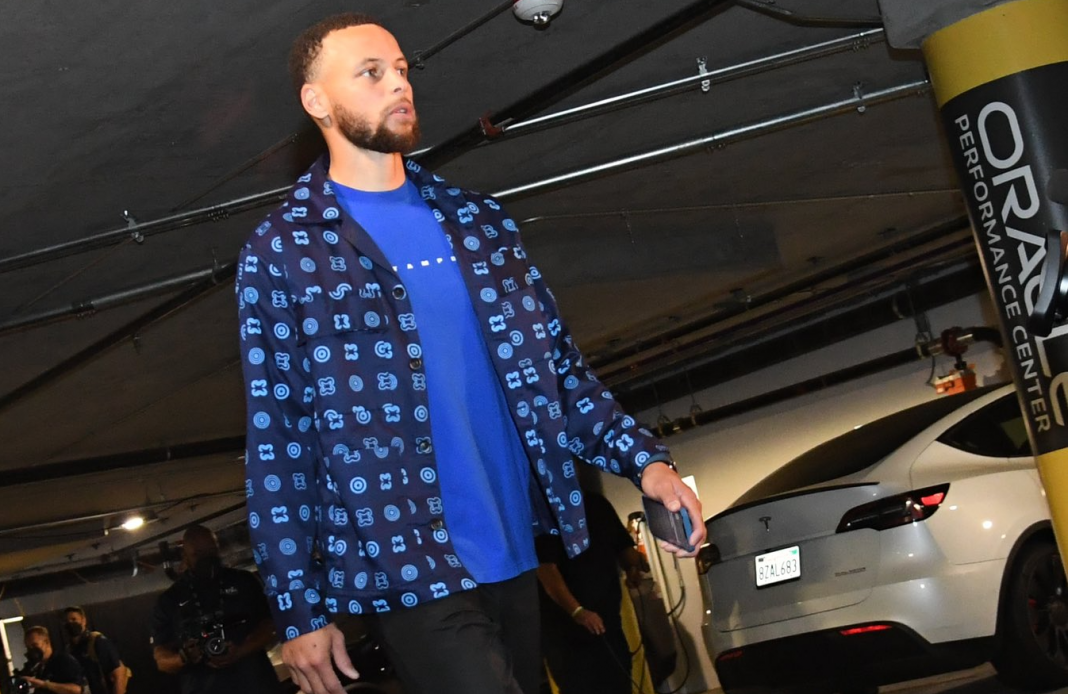 As the Golden State Warriors and the Boston Celtics face off in the NBA finals, each team’s players have been bringing their top game to the court — and their best looks to the tunnel.

Basketball stars have turned their game-day arrivals into runway shows, with the “tunnel walk” becoming an opportunity for players to flex their fashion muscles before getting into uniform. Stephen Curry, Golden State’s star point guard, has been using those appearances to showcase the work of independent Black designers.

Sherri McMullen, the owner of the Oakland boutique McMullen, has been working with Mr. Curry and his stylist, Sheraine Robinson, since early this year.

“His camp reached out to see if I was available to style him for Black History Month, specifically with a focus on highlighting underrepresented Black designers,” Ms. McMullen said.

Throughout February, Mr. Curry posted many of those outfits on his professional Instagram account, @sc30inc, tagging men’s wear labels like June79, Talley and Twine, and Spencer Badu in his posts.

In the postseason, he has continued to work with Ms. McMullen and Ms. Robinson to source pieces from Black designers and shine a light on their work.

While many athletes use their clothing choices as a form of self-expression, Mr. Curry’s sartorial statements have always been about more than just fashion. His choice to wear Black designers at the NBA finals is perhaps his most personal fashion project to date.

For Mr. Curry, who was born and raised in what he has called “the mecca of Black culture,” Oakland, California, highlighting the work of Black designers is a way of honoring his roots.

Patrick Henry said that we should be proud that what Stephen Curry wears not only shows off his style but also helps to solidify Black brands.

Henry designed the custom lightweight wool suit accented with the colors of the Pan-African flag.

Henry added that having his creation worn by Stephen Curry was important for the growth of his brand. When other NBA players see Curry wear his clothes, they take notice. This is a great way to show off African American pride and support Black-owned businesses.

Meanwhile, Akintunde Ahmad was probably excited when he found out that his overcoat would be worn by NBA superstar Stephen Curry during the finals. Ahmad’s label Ade Dehye frequently uses screen printing and manufactures its garments in Ghana — a region often overlooked for its contributions to the fashion industry.

Because of Curry’s high-profile status, Ahmad said that his personal Instagram page and sales on his Shopify site spiked in the 48 hours after Mr. Curry was photographed wearing the overcoat. This not only brought attention to Ghana as a producer of fashionable garments but also to sustainable fashion as a whole. For Ahmad, this was a big win not only for himself but also for the fashion industry in general.

This is a huge deal for Whitney Michel who told The New York Times that Curry’s stamp of approval is “validation” that she’s on the right path. It also speaks to the fact that Curry is using his platform to lift up Black designers — something that Michel says is so important.

“He’s helping open doors that others might otherwise not answer unless it’s Black History Month or Juneteenth,” she told the Times.

Curry isn’t the only one using his platform for good, of course. In recent months, several celebrities and fashion insiders have been using their influence to support Black-owned businesses and promote diversity in the industry. But it’s still so important – especially right now – to see people like Curry using their platform to lift up Black voices.

Randy Williams, who designed the Worley chronograph Stephen curry was seen wearing ahead of Game 2, said that in an industry where big names tend to get all the attention, it’s a major victory for up-and-coming talent when a celebrity sports their look.

“These basketball players have influence like musicians and rappers,” Jason Gaines, founder of Trophy Hunting, said.

The fact that Curry is using his platform to help promote black-owned businesses is inspiring, and it goes to show that African Americans can be successful in any industry, even fashion.

So far, the only downside to Curry’s fashion choices is that his fans are so eager to get their hands on the same gear that he wears, that they often sell out quickly. However, this is a small price to pay for the exposure that these businesses are getting.

Clothes For The Everyday Hustlers By Power Hustlers 

In Style | Fashion Through the Decades