Why, since it is average, wasn’t it healthy for me?

Let me answer that with a bigger, scarier number: 226. That was my cholesterol level at age 24-and at size 14.

I went in for my six-month checkup after having my first baby and thought it would be business as usual. Then the doctor walked in the room, glared at my chart and said I needed to start making some big changes if I wanted to see my son grow up.

That was some tough talk for a new mom. But really, it shouldn’t have taken the doc’s ultimatum nine years ago for me to realize there was a problem.

I gasped every time I walked up the stairs.

I dreaded stepping on the bathroom scale.

And every time I passed by a mirror at the mall, I thought it was somebody else. That person in the reflection was just too big to really be me.

But I was average. That was supposed to be good enough. As a Black woman, I always thought it was OK to have a little more meat on my bones.

I had been overweight most of my life anyway. The gaining started during adolescence and continued through college. By the time I was in my early 20s, I was already 180 pounds.

My doctor said I had two choices: take pills for the rest of my life or take control of my life.

That frightened me, along with learning that heart disease is one of the leading killers of African Americans. Being overweight and having high cholesterol add to that risk.

I hit the gym hard. I shed 15 pounds over a two-year period and lowered my cholesterol to under 200.

Mission accomplished, or so I thought.

Baby No. 2 came in 2003 and I put the pounds back on. I got back to the gym, but it was much harder to get the weight off the second time around.

I tried ramping up my workout by running several miles a week. That caused a few pounds to fall off, but my weight remained a problem. I had dreams of one day running a marathon, but I couldn’t run very fast or long because I was simply too heavy.

The problem? I was disciplined about working out, but I wasn’t so careful about my food choices. I was making 3 a.m. runs to a Coney Island. I was going into any candy jar I could find at work.

I spent years at a plateau. I looked a lot firmer, but that number on the scale wasn’t getting any smaller.

In 2009, I got an e-mail that Weight Watchers was coming to my workplace.

There was no way I was going to join. I had already tried every diet.

Plus, Weight Watchers at work seemed like too much pressure. What would my coworkers say if I failed? And how would I visit all those candy jars if everyone knew I was on a diet?

A week or so later, I talked to a friend at work who had joined. She had lost four pounds in the first week.

She encouraged me to sign up. “If you have the willpower to run three or four days a week, why wouldn’t you do well at something like this?” she asked.

I learned I could eat whatever I wanted, as long as I watched the size of my portions. That even included those sinful chocolate Teddy Grahams-my favorite. I also learned that healthy foods like green vegetables, fruits and whole-grain breads kept me fuller a lot longer than all the bite-sized Snickers I got from candy jars.

I found Weight Watchers’ point system to be a lot easier than counting calories. I was working with a budget-if I spent a lot of points on one food, that just meant I needed to spend less on another.

I’m now a lifetime member and I’ve kept the weight off for two years. I have a Weight Watchers keychain full of awards sitting on my desk that helps keep me focused. At 136 pounds and age 33, I’m in the best shape of my life.

I can walk into almost any store and buy the cutest clothes.

My blood pressure and cholesterol are at healthy levels.

And I’m running a lot better, too. I completed my second half marathon this past fall. I hope to run a full one later this year.

But hey, why settle for taking the easy way out now? 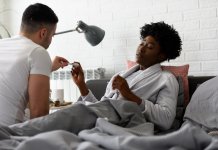 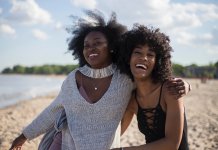 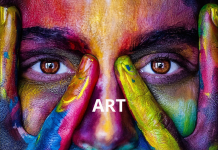 Man Weaves: Do You Hate It or Are You Here for...

Could You Afford a Michael Clarke Duncan-Sized Heart Attack?