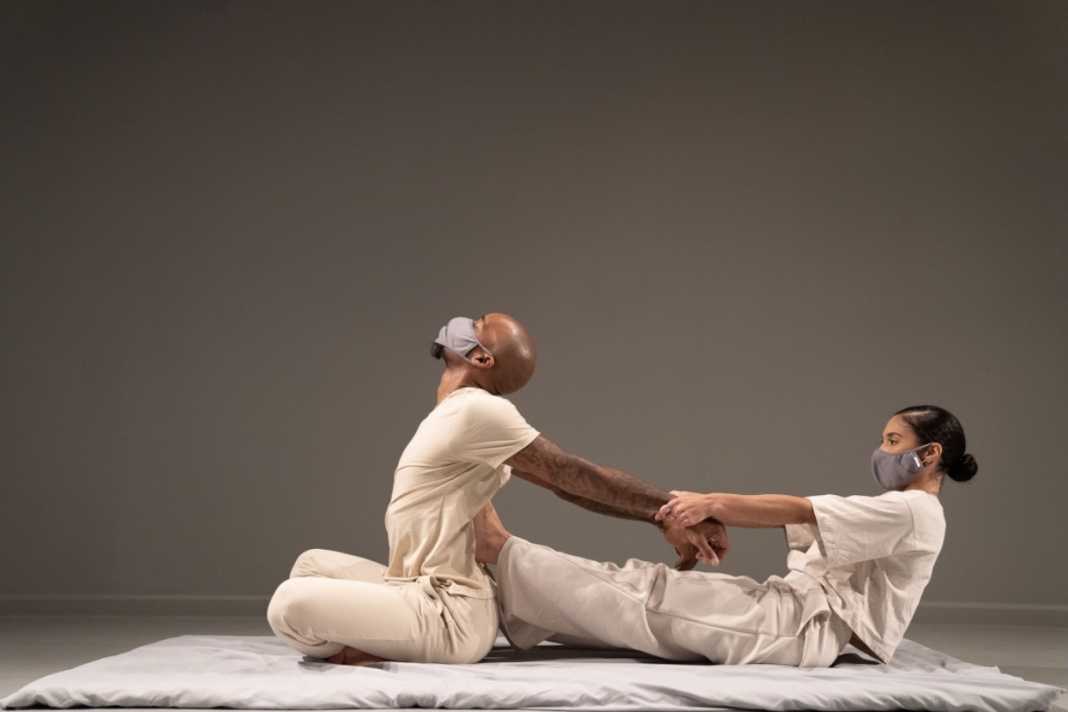 Trap Yoga and Massage Studio is innovating what it means to practice in a yoga class. With heavy trap beats and smooth yoga flows, yoga instructors Jamel Randall and Lisa Hillary Johnson are dedicated to transforming souls in the Trap.

Open 7 days a week the studio offers a variety of classic yoga practices with a trap twist. Classes include, Ashantang-ish, Yin Yoga, Just Flow, Trap N’ Flow Yoga, Soulful Trap N’ Flow and Trap Yin Yasa. Each class takes you on a journey of flow, releasing, relaxing and sweating all with the soundtrack of your favorite trap, r&b and soul music.

Randall began Trap yoga in 2016 in a small studio space with the intent to do yoga his own way. He noticed during his countless training sessions that when a pop song would play, his fellow classmates would sing along in unison. He said to himself, “we need something like this for us.” When he started Trap Yoga had 1 student in the class. That didn’t discourage him. He says, “it’s a freeing practice, in order to be free and not be caught in a box you have to do your own thing.”

Johnson began practicing yoga 20 years ago and began teaching yoga 9 years ago. She says she started because, “I was crazy. I was sick and no one could figure out why and the medicine didn’t do it for me.” Yoga transformed her mind, body and spirit by changing her routine and the way she was thinking.

With over 30 years of yoga practice between Randall and Johnson they developed their classes by assessing what they experienced working in a yoga class and what did not. The two also instruct yoga teacher training, workshops, mentorships, chakra healings, chrystal training, black thai and more.

Randall says, “I’ve always wanted to teach. When you can teach someone something and see them grow into this beautiful thing it’s very impactful.” Together he and Johnson have guided and graduated 70 students through 200 hours of yoga training.

A post shared by The Trap Yoga & Massage Studio (@thetrapstudio)

The Trap Yoga and Massage studio wants to see yoga grow in Detroit and throughout the black community. Randall says, “we are really trying to touch souls, and how to get deeper within ourselves.”

Recalling the Buffalo Soldiers, Black Heritage in the Woods

This Native Detroiter Wants to Use His Cannabis Brand to Promote...