Abdul Golden's product line is custom-built for the grown and sexy black man.

Women of color are underserved in the realm of skin and hair care, and even further obscured are our men, unique in their needs and desires but too often ignored. Abdul Golden, unable to find natural grooming products tailored to him and refusing to be cast aside as a kinky-headed stepchild, says, “I figured I could try to solve that problem.”

At the end of 2017 and after an “intense and long” process of unearthing what his target customers are needing, wanting and missing in body care, he launched Golden Grooming Co., a line of natural products specifically geared toward men of color.

They boast a beard balm, a body balm/lotion and a three-in-one beard, hair and body wash, each developed in consideration of the specific scents, textures and functionalities – like added moisturizers – desired by our guys.

“We’re not trying to complicate things. Men like their grooming routines – for the most part – pretty simple. So, we try to make sure our products allow them to keep it simple, get what they need and keep it moving,” Golden says. Certainly, “natural” has become rather buzzy as of late, but he says it’s Golden Grooming Co.’s focus and customization that sets them comfortably in a separate category.

“A lot of these companies, they go to manufacturers and then buy products that these manufactures already have, they put their label on them and they sell them,” Golden explains. “We don’t do that. All of our products are designed from scratch, very specifically for our target demographic” and right here in Detroit.

It’s also worth noting that 5 percent of the company’s sales are donated to historically black colleges and universities and to entrepreneurship programs for young people. Golden emphasizes sales, “not profits.” Their philanthropy “comes off the top.” He didn’t know much about HBCUs, but while preparing to send his eldest daughter off to Xavier University of Louisiana in New Orleans, he started researching.

Golden says he wanted to use his firm to give back, on a micro level, too. “I think it’s important for men to really take care of themselves especially if there are other people dependent on them, right?” he asks rhetorically. “If we’re not feeling good (and) in a good state of health, it makes it that much harder to do the things that we’re responsible for doing.”

You can purchase online now and expect to start to see products on store shelves soon, and they’re always cooking up new mixes “in the background.” Golden’s hope is that they’ll eventually be a full, one-stop shop complete with everything a well-groomed, brown-skinned gentleman could need to conquer the day. 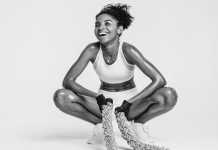 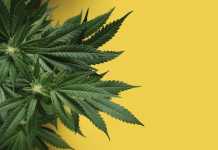 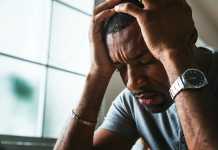