From reproductive health to STEM education, these local groups are all about girl power. 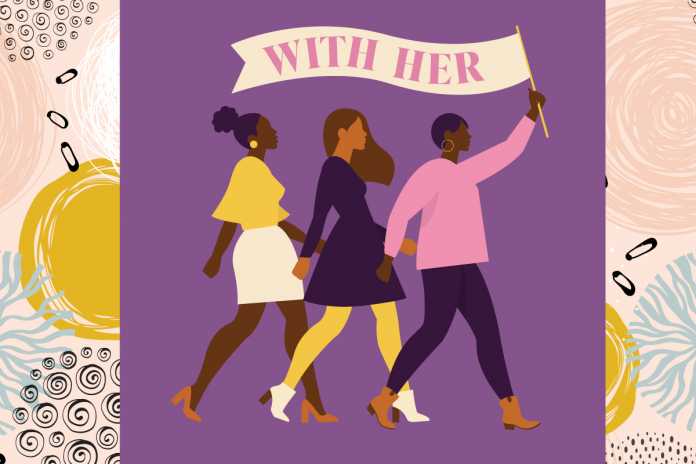 International Women’s Day is March 8, celebrated first in 1908 with a gathering of suffragists, feminists, socialists and working American women. More than 100 years later, we can commemorate their spirit of determination by offering support, donations or time to causes and organizations that uplift women from all walks.

“When a young woman becomes homeless, every moment she spends on the street increases her risk for exploitation and trafficking,” its website says. Alternatives for Girls helps high-risk girls and young women in Detroit avoid violence, teen pregnancy and exploitation, and provides those affected with the resources and support they need to recover and succeed.

Since 2003, the Rhonda Walker Foundation has been empowering teen girls in metro Detroit through the Girls into Women program, which offers career, college and standardized testing prep, camps, cultural experiences, and health and wellness resources. It had a 70% increase in engagement in 2020, so any extra support is greatly appreciated.

According to its website, founder Amy Peterson witnessed the daily struggles of the women living with her in a Detroit homeless shelter and started Rebel Nell and its nonprofit T.E.A. with the goal to end generational poverty. It aims to remove the barriers for women and families facing continued employment hardship.

Women come in every shape and form. Identity determines gender, and no one is free until we’re all free. Supporting the Trans Sistas of Color Project impacts the lives of trans and LGBTQ women of color in metro Detroit by allowing much needed support to reach the hands of those who need it most, not only in the community, but also to people like sex workers and homeless youth.

Pregnancy Aid Inc. is an east side-based nonprofit that assists women and teens facing unplanned or problematic pregnancies. It has been in operation since 1974, providing low-income mothers with free education and materials like pregnancy tests and ultrasounds, maternity and baby clothes, and classes and support groups.

Women don’t just come in different shapes, we come in different colors and cultures, too! Latino, Black, Arabic and Jewish women are the backbone of our city. The Detroit Indian Women’s Association is just one of many organizations that serves an often-underserved sector of Detroit’s cultural identity.

Angel M. Brown was raised by a single mother in Detroit and founded E.L.I.T.E. Women in 2013 to show other girls and women how to lead “independent, triumphant, generous lives” through service, engagement and leadership initiatives. They’ve hosted and sponsored every kind of event under the sun that could benefit the community and young women’s futures, and they are always looking for assistance.

A Calvin Johnson Thanksgiving for Detroit