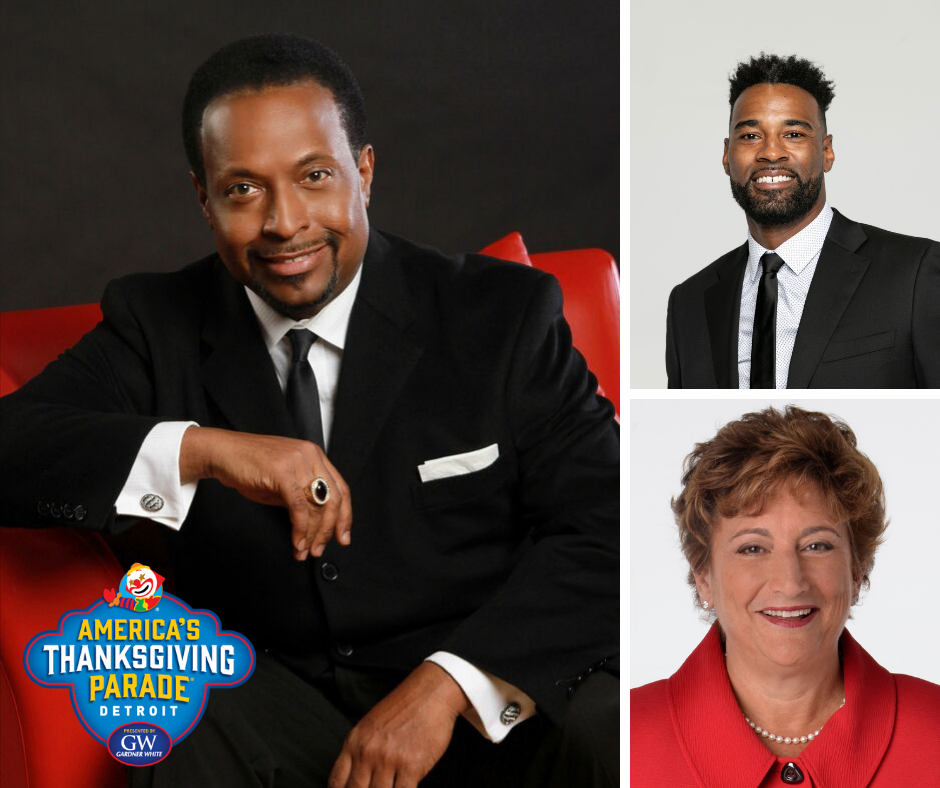 The Parade Company announced that NFL Hall of Famer Calvin Johnson Jr. and Detroit Bishop Edgar Vann will serve as Grand Marshals for America’s Thanksgiving Parade® presented by Gardner-White. Recently inducted into the NFL Hall of Fame and a favorite of Detroit fans, Johnson was with the Detroit Lions for nine seasons and considered one of the greatest wide receivers of all time. Joining Johnson as co-Grand Marshal is Bishop Edgar Vann of Detroit’s Second Ebenezer Church. Serving the community since 1976, Bishop Vann is an influential faith and community leader in Detroit, carried forth the legacy of his father who was a noted religious leader in the city for over 50 years.

“We are thrilled to welcome Calvin Johnson and Bishop Vann as this year’s Grand Marshals for America’s Thanksgiving Parade presented by Gardner-White,” said Tony Michaels, president & CEO, The Parade Company. “Both are beloved figures in Detroit who have worked tirelessly to elevate our city and serve our community. It will be exciting to celebrate with them on Woodward Avenue on Thanksgiving morning.”

Pro Football Hall of Famer Calvin Johnson Jr., known to many as “Megatron,” was a two-time All-American wide receiver at Georgia Tech and drafted second overall in the 2007 NFL Draft by the Detroit Lions where he spent his entire nine-year career. An all-around dominant player, the six-time Pro Bowl and two-time All Pro selection started in 130 of his 135 career games and owns the NFL record for single season receiving yards with 1,964 yards in 2012.  Johnson finished his career with 731 receptions for 11,619 yards and 84 touchdowns, all Detroit Lions records. Active in the community, Johnson founded the Calvin Johnson Jr. Foundation to provide financial assistance to community organizations and to help at-risk youth.

From the board room to the neighborhood, Bishop Edgar L. Vann’s name rises to the top when leadership is discussed in Detroit, Southeast Michigan and beyond. A major contributor to the greater good for Detroit and communities around the world, Bishop Vann exemplifies the fact that “Community” starts with “empowered people.” Inspiring personal growth and transformational change to both secular and faith-based audiences across the globe, Bishop Vann fulfills his life purpose as he serves in business and civic arenas and faith-based and motivational platforms.

Detroit Public Schools is Getting Yet Another Appointed Manager as Current...

Detroit Lions Coach Jim Caldwell: ‘On to the Super Bowl’