In the early 2000s, the landscape of black radio in Detroit began to slip and transform. Where have all the black radio stars gone? 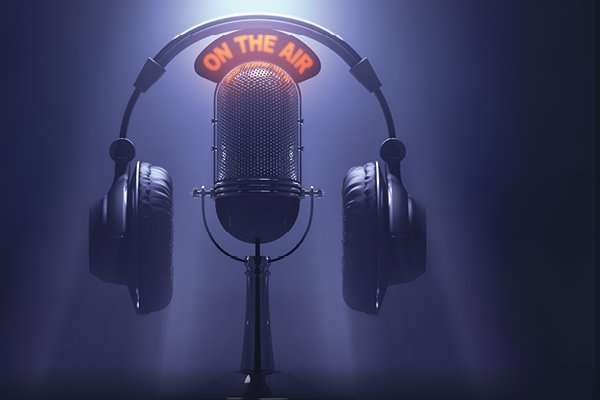 When Thomas Wilson signed up to gather signatures for a budding effort to build casinos in Detroit in the early 1990s, it was because the retired teacher learned about the initiative from a discussion on local talk radio. He linked up with the station’s guest and snagged some petitions.

“I was all over the place; anywhere I would go, I would ask people to sign them,” Wilson recalls. “I was looking at it in terms of the big picture and overall benefits to the city.” Wilson’s radio-inspired organizing efforts were eventually rewarded: In 1996, Michigan voters approved a ballot initiative (Proposal E) permitting casinos for Detroit. The three facilities now employ nearly 8,000 workers and have poured hundreds of millions of dollars into the city’s general fund.

Some 23 years later, Wilson – a frequent radio caller and writer of letters to the editor – builds talk radio into his day. He listens to Stephen Henderson on WDET 101.9-FM while taking his grandson to school; tunes the dial to 910-AM for Bankole Thompson’s “Redline” show between his trips to the recreation center, and sometimes catches a bit of Guy Gordon on WJR 760-AM. Does local talk radio still matter for Detroiters? Well, let’s listen and find out.

The landscape for local talk radio, particularly programs focused on Detroit and African-American issues, has indeed morphed. Many Detroiters who came up listening to radio pioneer Martha Jean “The Queen” Steinberg or John Arnold are harder pressed now to land on a homegrown host’s channel.

“Once upon a time, it was very plentiful; there were options,” notes Karen Dumas, a communications consultant who has hosted a half-dozen talk radio shows in Detroit over the last 25 years. “In those options, you had various voices, and people were able to align themselves with people they liked and agreed with.” But, she adds, “acquisitions have changed the dynamic in Detroit.” Local talk radio is “almost nonexistent.”

Dumas, who now co-hosts a podcast with former Fox-2 and Detroit News reporter Charlie LeDuff, is referencing the shrinking local control of Detroit radio properties, which in turn diminished the number of locally originating programs. iHeart and Radio One have used a national blueprint that shifts more toward syndicated programs and less toward local, for example.

WCHB 1200-AM, once a home for more than a dozen local hosts, is now 1340-AM, with nonstop gospel programming. Mildred Gaddis, who once hosted a fiery daily morning show on the station, now appears for just two hours on Sundays on WPZR 102.7, a gospel station. John Mason, who landed on KISS 105.9-FM after the WGPR sale, was supplanted on morning programming recently by the nationally syndicated Tom Joyner show.

Over on WMXD 92.3, Steve Harvey occupies the morning slot with a national program, although longtime local host Frankie Darcell still appears during drive time each afternoon. “I would say 10 years ago I was a talk radio junkie. Today, I’m talk radio-free,” explained Terence Thomas, a partner in Thomas and Thomas Consulting, a Detroit-based advocacy and community outreach firm. “I think black talk radio is vital, but I really believe that allowing competing stations to buy each other up has diminished our voice and access to news and information that is uniquely important to us.”

As Dumas puts it: “Our narrative is being shaped for us and dictated to us as Detroiters, whether people realize it or not.”

In 2016, WADL-TV owner and Oakland County resident Kevin Adell attempted to help fill that void with the launch of an urban/African-American bent for WFDF 910-AM. And while it has tried to stake a claim on local talk by hiring incendiary hosts ranging from former Judge Wade McCree to former Wayne County Executive Robert Ficano, the station’s personalities have changed frequently, and Nielsen ratings list the listeners there at less than 1 percent market share.

The station seems to be lauded and reviled equally, as Deadline Detroit noted in a July 2018 article. Some residents lament its lack of black ownership, its high turnover rate and its demand that hosts sell their own advertising. Oddly, as the Motor City transitions to a smaller pool of local talk radio, the overall medium remains one of the strongest means of reaching black audiences, even despite the growth of communications alternatives including satellite radio, social media and podcasts. How so?

• Black radio still reaches 94 percent of African-Americans 18 and older, according to the most recent Nielsen/TapScan ratings.

• Detroit is in the top 10 markets and 18 percent of the ratings share, according to Priceonomics.

• There are 335 urban radio stations across the U.S., according to the online site News Generation.

Alicia Nails, the director of the Wayne State University Journalism Institute for Media Diversity, noted that some of her students in past years interned with many of those local talk shows. A former TV producer, Nails said that while she wasn’t an avid listener to those programs, the role such shows play in allowing for a two-way conversation of local issues is critical.

She dismissed talk that the internet or any other modern innovation will supplant the voice provided through the medium of radio. In fact, she noted that the internet has helped to boost programs that once could be heard only locally to having a national audience. That allowed her, for example, to discover programs that originated in southern states or disc jockeys that previously were relatively anonymous. “One hundred years ago, there was a radio industry PR (public relations) campaign, and the tagline was: ‘Radio, RED HOT. Because it works,'” says Nails. “And that’s still true … there’s nothing like the immediacy. Twitter is fast, but radio was always the fastest before Twitter.”

Detroit’s WWJ was the world’s “first commercial radio station to broadcast daily programs,” according to Broadcast Advertising in an Aug. 20, 1945 piece celebrating the station’s 25 years on the air. The station was also home to beloved reporter Cliff Russell, a recognized voice in the black community, who worked there from the mid-1980s until 1994. He went on to become a notable radio show host for 910-AM (The Cliff Russell Show). A native Detroiter, Russell died in 2018, but his legacy remains.