billboard near Eight Mile Road and the Lodge Freeway is catching the attention of passers-by with a blunt message that “black people are being pushed out of Detroit.”

That may or may not be true — the city still hovers at around an 80% black population, though downtown is a little more white than in recent years — but the sign is meant to promote indie filmmaker Jason Black’s new film Gentrified – Ethnic Cleansing: American Style, which addresses the effects gentrification in Detroit and other cities has on the black community.

Black’s project raised almost $180,000 through an IndieGoGo campaign, and is hosting screenings in cities around the world including London, Atlanta, Houston and Chicago, where a similar sign went up earlier this month. 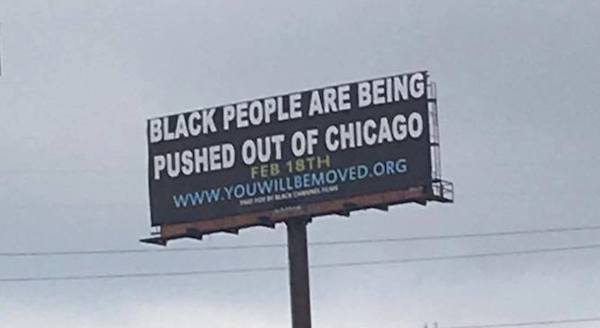 The film will screen at 6 p.m. on February 18 at Shrine of the Black Madonna. You can purchase tickets here. In the meantime, check out the film’s trailer below.

See How These Three Sisters are Changing the Game in Breast...