Celebrate your dad on Sunday, June 15, 2014 with these metro Detroit events that will bring father and son closer in honor of the national holiday

ou don’t have to venture too far to honor dad this month. Whether he likes beer or baseball, celebrate your father at one of these Father-friendly events in metro Detroit:

Enjoy a Drive-In double feature showing the films Are We There Yet and Robocop while chowing down on BBQ from local restaurants. This free event begins at 7 p.m. on June 15, 2014.

Local Comedians including Heather Henderson, Calvon Brown and J.D. The Smile Hustler will perform in this special Father’s Day event at Starters Bar & Grill in Detroit. Tickets are $20 and the show begins at 10 p.m. on June 27, 2014.

Sample over 25 Michigan-made beers and hard ciders while cruising along the Detroit River for this Father’s Day cruise presented by Motor City Brew Tours. Tickets are $55 and include 15 drink tickets and appetizers. The boat embarks at 2 p.m. on June 15, 2014.

Take the little ones to explore the butterflies and bugs for Father and Daughter/Son Day at the Michigan Science Center. Kids will get to work with their dads to make their own butterfly gardens and take part in a private butterfly release. The event costs $10 for 2 members, and $30 for two non-members. Choose from two sessions beginning at 1 p.m. and 3 p.m. on June 15, 2014.

All dads and kids 14 and under can get a Father’s Day photo frame as the Detroit Tigers battle the Minnesota Twins at Comerica Park on June 15, 2014. The game begins at 1:08 p.m. Cost varies.

6. Michigan Institute of Urology 5k Run/Walk at the Detroit Zoo

For the active, take part in the Michigan Institute of Urology 5k Run/Walk, to raise prostate cancer awareness. Each registered participant will receive a t-shirt, medal and free entry into the zoo after the race, in addition to enjoying live entertainment, refreshments and face painting. The race begins at 8 a.m. on June 15, 2014. Registration cost is $20-$35. 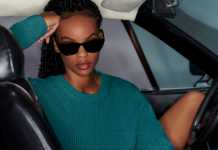