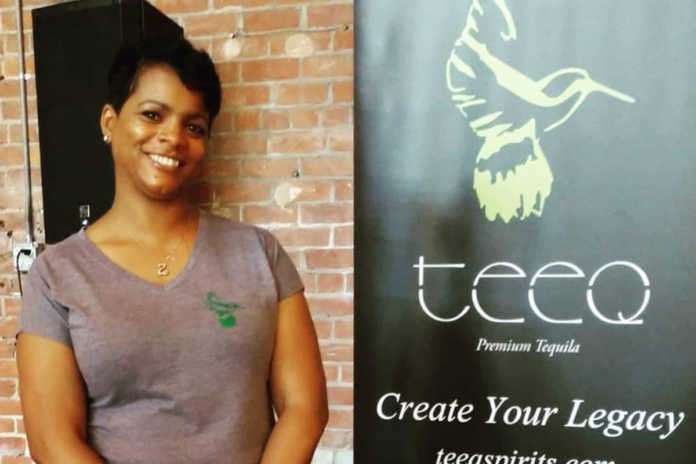 Of Teeq Tequila’s three products, co-owner Nayana Ferguson says it’s hard to pick a favorite. “It’s like picking a favorite kid! I’d say that the Coconut Lime is my favorite, just because there’s nothing like it on the market. It’s the smoothest, and you can sip it alone,” Ferguson says.

Tequila fans agree. Since Teeq’s launch two years ago, the brand has expanded to more than 300 retailers and won the Metro Times Readers’ Choice award for best Michigan tequila in 2019. Ferguson, a Cass Tech alumna and Detroit native, became one of the few black women leaders in the spirits industry when she left a 15-year career as a financial analyst.

After a lifetime full of personal struggle, including two cancer diagnoses, she says that she and her husband came up with the idea of owning a tequila company on a whim. “We were having what we like to call ‘couch talk’ and it grew from there,” she says. They make Teeq Tequila for people like themselves – grown folk who want a cleaner, classier drink.

Real tequila distilled in the Mexican state of Jalisco is made from the agave plant. Done right, it’s naturally gluten-free and low in carbs, sugars and calories. “Everybody has a crazy spring break story about puking on the beach,” Ferguson says. “That’s a stereotype (that) Teeq wants to reimagine. As a pancreatic cancer survivor, I can’t have all the sugar and artificial syrups. So I keep them out of my product.”

In addition to Coconut Lime Blanco, enjoy Reposado and Blanco. Bottles with her signature hummingbird logo might be on shelves in California and Florida in upcoming months. “We chose the hummingbird because it’s Latin imagery that hasn’t been used by a lot of brands,” she says. “In mythology, the hummingbird flew over you and took your wishes into the universe to make them real.”

Group Responsible for the Livonia Racial Profiling Billboard Charges Ahead