Celebrating BLAC's 20th anniversary and recalling what we and the culture were up to in 2009, plus replaying our sit-down with KEM. 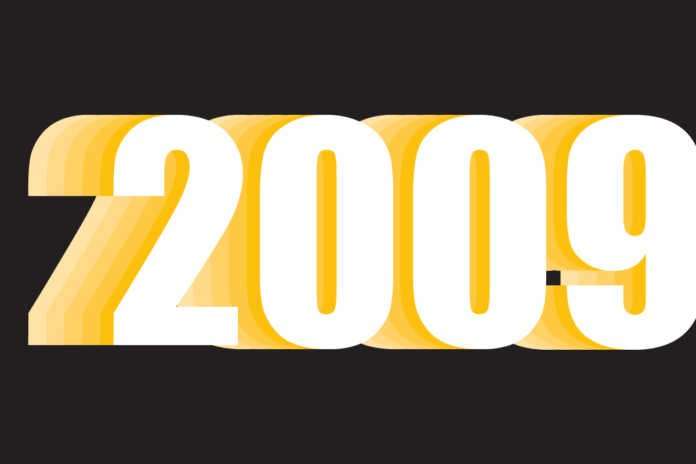 Big things were
happening in 2009 for the magazine, the culture and for the country. First, as
you of course remember, Barack Obama made history by being sworn in as the
United States’ first African American president. Yes we can. It should come as
no surprise that the new president graced our January cover, and inside: photos
from the campaign trail that ushered the Obamas into the White House.

For each of the succeeding cover stories, save the December gift guide, we profiled a person. We must’ve thought it fitting, after spotlighting a man at the center of the world’s stage, to pay homage to some other greats that were a little closer to home. And in September, we got our Puff Daddy/Puffy/P. Diddy/Diddy/Brother Love on and changed our name. Yes, African American Family would then and thereafter be known as BLAC.

We regularly summon strangers from an internet app to
drive us around and corned beef egg rolls are a thing, but these topics
featured in BLAC back in 2009 are still relevant today:

The
importance of black teachers

The
state of hip-hop

October is National Coming Out Month. To commemorate, we spoke to members and leaders of Detroit’s black LGBTQ community and peeked inside a world where simply to be meant a continuous confrontation with harassment, discrimination and violence. Queer black people are in a uniquely suffocating position as it’s not unusual to be shunned by both the black, heterosexual folks and by the white LGBTQ community. BLAC recalled the murders and suicides of several LGBTQ children and teens, in Detroit and around the country, and we commended the push for anti-bullying and anti-discrimination legislation. In the decade since, the U.S. Supreme Court struck down all state bans on same-sex marriage, Chicago got its first openly lesbian mayor, Lori Lightfoot, and transgender actress Laverne Cox is quickly becoming a household name. Have we inched closer toward acceptance? In short: we have.

The world over stood still on June 25, 2009 when the “King of Pop” Michael Jackson was found dead of an apparent cardiac arrest in his Los Angeles mansion. Rumors and speculation ensued, legal battles over his estate swirled, and after two-and-a-half years and a circus of a trial, Jackson’s doctor Conrad Murray would be convicted of involuntary manslaughter and sentenced to four years in prison for administering a deadly dose of propofol.

Ahead of his third studio album, Album III: Intimacy, Detroit’s beloved singer-songwriter KEM sat down with BLAC for our September cover story. At the same time, he was preparing for a benefit concert in the Cass Corridor, admission for which was a canned food item to go to an area shelter. In BLAC’s debut issue under our new moniker, KEM talked candidly about divine destiny, his sobriety and the love he has for the city that made him.

On his principle of
giving…

“It’s probably one of my greatest acts of service to be
able to get in front of a group of people, and not only entertain, but to speak
from the heart and share what I have learned and what works for me.”

On why hitting his rock
bottom was a blessing…

“There were a lot of low points for me, sleeping
outside, right down at the Rescue, being estranged from family and friends and
having all kinds of legal problems. But at the same time, that was also one of
the best periods of my life. When we are at our most vulnerable is when we grow
the most and we learn the most. I want to help people understand that we are
overcomers. What you see today is not necessarily the truth or all that there
is. Everything is always in divine order, whether we feel like it is or not.
The goal is to know we’re constantly growing.”

On what he hoped fans
would take away from his upcoming album, Album III: Intimacy…

“The word intimacy is usually associated with the
sensual side of romance. There is some of that on this album, but it’s really
about relationships, about sharing in every way.”

On his dream for
Detroit…

“I want to be a light for what is going on right in
this city. Detroit gets a bad rep, but there is good. There is hope, if people
can just relax and put all of the garbage thinking on pause for a minute to be
encouraged. When we come out of this climate of economic struggle, it’s going
to be tremendous. This is not the end of Detroit’s story.”

NASA discovers water on the moon

Drake releases “Best I Ever Had” off his first EP

Kanye West interrupts Taylor Swift at the VMAs because, “Beyoncé had one of the best videos of all time”

Disney introduces its first black princess, Tiana, with the release of The Princess and the Frog

Cap’n Sully gained the world’s
respect when, on Jan. 15, 2009, he landed a US Airways flight in the Hudson
River off Manhattan when both engines blew after takeoff. Thanks to Captain
Chesley Sullenberger III, all 155 souls on board survived.

There’s a new hip-hop radio station in Detroit, but it’s not...