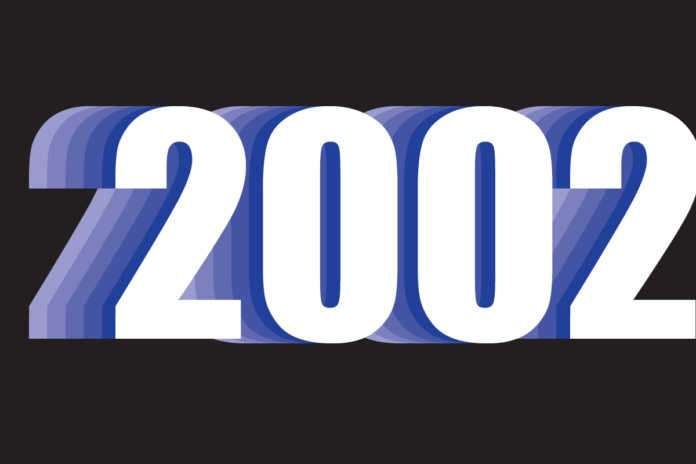 Goodbye, African American Parent. Hello, African American Family. Our magazine’s new name demonstrated a broadening in our content coverage. No more parenting issues only. Now, we covered topics like race relations in Detroit, African dance and the local art scene. We also ramped up our production, increasing from six issues a year to 10.

We were clearly proud of this change and wanted readers to be aware. We peppered 1/8-pageads throughout the 2002 issues declaring “10!” and beckoning advertisers to come on board. We’re so glad they did – and that our readers embraced our young but growing magazine.

MySpace
may be a graveyard now and flip phones are pretty much a thing of the past, but
these things (good and bad) were an issue in 2002 and today.

One
of our earliest advertisers was Southfield-based Avis Ford. Back then, if you
test drove a Ford, they’d hook you up with a year subscription to our magazine,
mailed directly to your door.

Back in the Day …

In
1992, Brenda Lawrence officially became the first – first African-American
mayor of Southfield AND the first female mayor. Her election wasn’t easy. She’d
ousted longtime incumbent Donald Fracassi by less than 1,000 votes. She’d go on
to serve Southfield until 2015 when she was elected as a U.S. Representative
serving the 14th district. But before her mayoral tenure and ascent to
congress, she sat down with us to share her thoughts on her plans for the
future. Here are some highlights.

“When I get home from work, my husband is spoiled, so I try
to cook. I try to fulfill that commitment to him because he loves it so.”

On Kwame Kilpatrick (before texts and trials)

On being a ‘first’

“The sad part is that in the year ’02 in
this country we still have a first this and a first that, but the good part is
that in America it can happen. Let’s celebrate that.”

As for the future, Lawrence said only that she will not be mayor
for as long as her predecessor, and that she might one day consider running for
national office.

Hard
to believe that the Detroit Parent Network hasn’t always been around. But this
essential nonprofit that helps “educate, equip and empower” Detroit
parents to be champions for their kids and the community got its start in 2002.

Fashion and style guru Chuck Bennett wrote about the “Cornrow
Revolution,” highlighting exotic cornrow braid patterns – called “crazy
braids” – hot in some circles in 2002. “From zigzags, to swirls, to
conspicuous dollar signs, the curvaceous braids are more than just a hairstyle.
They are a statement – and a form of cultural expression,” Bennett
wrote.

Nelly’s “Hot in Herre” burned up the airwaves.

Michael Jackson dangled his son Blanket off a balcony.

In
March 2002, Halle Berry became the first African-American to win an Academy
Award for Best Actress for her role in Monsters Ball.
#OscarsSoBlack bonus: Denzel Washington also won an Oscar for Best Actor, the
second time in history.