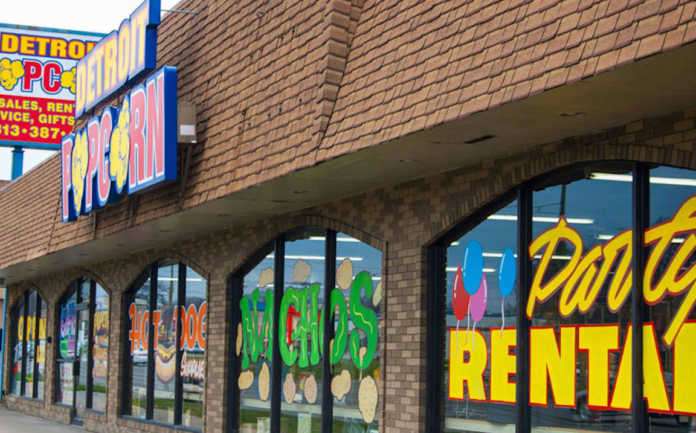 “They wonder why they need knee’s in there necks,” was the twice-grammatically incorrect comment made under a now-deleted Facebook post by someone with the Facebook name “Even Sangria.” The statement was apparently in response to a post referencing the killing of George Floyd and the subsequent protests.

Well leave it to social media to uncover the receipts. “Even Sangria,” it was determined, is an alias for Evan Singer, the owner of Redford-based Detroit Popcorn Company. The “well rounded gentleman,” as his bio described him, pictured in the also now-deleted page of “Even Sangria” appears to be the same man featured in an April 2019 Oakland Press article announcing that Singer/Sangria/whatever had just become the sole owner of Detroit Popcorn Company.

Despite a screenshot obtained by Eater Detroit showing a Messenger exchange between Detroit Popcorn company and a user in which the company denies being affiliated with said “Sangria,” Evan Singer admitted to posting the comment in an interview with Fox 2 but insists that it wasn’t meant to be a racist response to the killing of George Floyd by Derek Chauvin, who knelt on his neck. Un hunh.

Calls and emails to Detroit Popcorn Company have not been returned, but we’ll let you all know if we hear back. In the meantime, social media has already made up its mind, deploying calls to boycott the business: