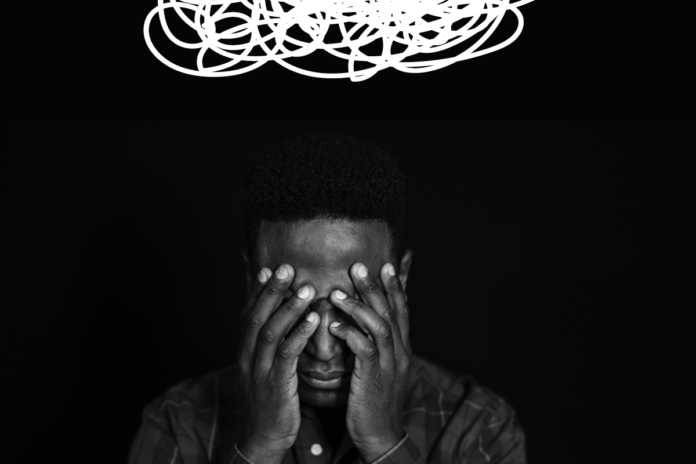 Anyone with an interest in fine or preforming arts has heard it from concerned parents: “Will you make money with that?” A rising freelance and gig art economy saw those fears settle some, but as “corona” ravages the job market, artists and creatives find themselves unprotected by a system struggling to define them and their work.

“My parents were supportive about my art career, but I recently found out my dad would worry my grandma constantly because he didn’t understand what I wanted to do,” says digital graphic illustrator Sean Randolph. “That’s what it feels like now with the government. No one knows how to define artistic work, so we’re slipping through the cracks.”

Randolph, a native Detroiter and College for Creative Studies alumnus, works for Powerhouse Animation Studios in Austin, Texas. He’s painted backgrounds for popular animated shows, notably Netflix’s Castlevania. Thanks to the digital nature of his job and the newly ordered fourth season of the show, he’s able to work from home.

“That’s not the story for most people like me. I’m extremely lucky that I work in a big studio and – fingers crossed – my job is secure. My finances haven’t been affected, but for the majority, it’s a headache to think about applying for help without a company in your corner,” Randolph says.

Mike Bishop, co-president of the Association for Independent Workers, says no worker is unessential. The iPSE-U.S., as the association is also called, fights for legislation like the recently passed CARES Act, which provides over $2 trillion in economic relief for American workers and families.

Bishop says this is a good start from the federal government in assisting furloughed workers. And, on April 20, Michigan’s Unemployment Insurance Agency started processing unemployment claims from self-employed, low-wage and gig workers, and from 1099-independent contractors who are eligible for benefits through the Pandemic Unemployment Assistance program.

“This kind of economy is most difficult on the independent and contract worker, whether they be an artist, journalist, lawyer, etc. They don’t have the comfort of that safety net like a traditional employee. You’re on a tightrope with no benefits, no retirement and little assistance when you need help,” Bishop says.

Christina deRoos, director of Kresge Arts in Detroit, says that more needs to be done across the board during this pandemic to support creatives and their skills, as well as the deeper inequalities their struggle represents.

“This crisis outlined inequities in society that we often see addressed plainly through arts and culture,” deRoos says. “At this time, I’m not seeing a comprehensive solution to that specific issue, but I look forward to a much stronger response. Artists can do game-changing things even with very little resources and, unfortunately, they’re used to working outside the bounds of typical employment,”

The avenues creatives express themselves in are as varied as the brushes at Michaels, which leads to drastic differences in experiences during trying times. Wardrobe stylist and creative director Marv Neal says, “It sucks that I can’t see family and friends, but the distancing and isolation really doesn’t affect me because I’m used to being alone. I’m a single guy, and I broke my ankle a few years ago – had to get used to the isolation then. I can’t speak for everyone, but I’m blessed to be in a position where I can shift my work and also not be stressed about money.”

Pre-corona, Neal had been a style consultant and “looks curator” for publications like Ambassador Magazine, Féroce Magazine, Italian Vogue – and BLAC – and designed looks for photoshoots, album covers and influential people.

Now, he’s using FaceTime to consult clients for wardrobe shakeups and using his extra time to develop his custom denim brand Jeanous Denim, while also hosting an Instagram show to inspire and interview fellow stylists. He realized COVID-19 was a serious problem when one of his childhood acquaintances, Rayshone Smith, passed away due to respiratory complications.

“You’d hear ‘Black people can’t catch it,’ and then Black people were dropping dead. People didn’t listen. Six people I used to roller skate with died. I would watch TV and hear about New York filling trucks with bodies, and that’s all I needed to stay home,” Neal says. “I’m fine with it, too. For me and some other people, we want to leave out of this stronger and redefine ourselves as creatives. It’s about keeping yourself sharp and hitting the ground running.”

Alternatively, Kresge Arts 2017 visual arts fellow Sydney G. James is struggling to fend off creative stagnation and personal tragedy. “I’ve barely coped. I’m one of the people that’s dealt with as much triumph as tragedy from this. I’m in a very bleak creative space. In the first 30 days, a friend died, and I lost family members as well,” James says.

James earned a degree in illustration from CCS in 2001 and quickly became one of the top Black female muralists in the country. Her work is in businesses and schools in Detroit as well as on walls in places like Hawaii and Florida.

“I focus on Black women, painting us as beautiful and flamboyantly as possible. It’s an ongoing series, titled Appropriated, Not Appreciated. Everybody wants Black girl power but not Black girl problems,” she says.

She says that mural painting, her passion, is a mostly solitary activity. Still, being quarantined means she’s unable to get to her workspaces in galleries like Playground Detroit. She’s taken up painting her garage in order to keep busy.

“The challenge is to just keep painting. I have to exercise that creative muscle even though I don’t really have a lot of hope for tomorrow and the future at this point. As much as I’m going through, others see no effects, and some are having it worse. But that’s balance.”

Noelle Price owns and serves as artistic director of PRICEarts in Kalamazoo and Seattle, a multidisciplinary organization that “cultivates community and education in fine and performing arts forms.” After getting her Bachelor of Arts in dance from Western Michigan University, she relocated to Washington to teach at the eXit SPACE School of Dance and Washington School of Dance, and to produce theatrical works and ballet through PRICEarts.

Since classes shut down, Price moved her dance classes to an online subscription platform. “We wanted to keep connecting. We transferred to the live platform, and now we do our live classes every Thursday at 10 a.m. We have different genres like hip-hop and Afro-Caribbean, and others open to anyone to join,” Price says. Dance isn’t an art that translates very well to virtual spaces on short notice, and it doesn’t help that, Price says, she and her team aren’t very tech savvy.

“It’s a huge blessing to be able to pay my bills and not struggle. Thank goodness I haven’t had to deal with unemployment, but I grieve connected energy from other dancers and also being viewed. Part of the joy is being witnessed,” she says. “Take that away, the art is still fulfilling, but there’s a lack of physical connection.”

The situation may not be as dire for some artists as it may appear at first glance. Organizations like iPSE-U.S. and Kresge have put forward efforts to establish assistance, grants and resources for artists and independent workers.

Author, journalist and arts advocate Rochelle Riley says that through her talks with the artistic community and her own experiences with COVID, she’s identified four things artists should keep in mind: patience, faith, resolve and creativity.

Riley, also the director of arts and culture for the city of Detroit, says, “The first two weeks I was instructed to stay at home, I lost eight friends. It’s a drumbeat of heartbreak that I can’t process right now. I can’t slow down to honor them. It’s like you’re frozen in time. But, people who write, produce, create things … they record the stories for history. “If this trauma fuels that passion into creativity and not violence or frustration, you’ll see some beautiful things.”