With a belief that safe and affordable water is a basic human right, this activist works to prevent water shutoffs and change policy in Detroit. 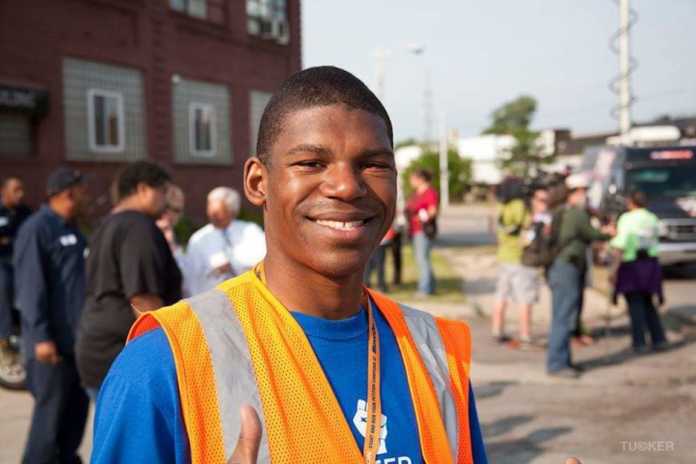 Regardless of race, status or any other markers, certain rights are inherent to all human beings. We call these human rights – and chief among them is access to clean, safe and affordable water. Hydrate Detroit is a local nonprofit providing emergency water deliveries and water restoration services to Detroit families, and working to enact policy and legislation that supports water rights.

Spurred on by the 2014 reports of mass shutoffs across Detroit, Demeeko Williams founded Hydrate Detroit, then called Detroit Water Brigade. In an effort to help alleviate the city’s debt by cracking down on past due bills, the Detroit Water and Sewerage Department plugged the taps at tens of thousands of Detroit homes, affecting upwards of 100,000 residents.

The name change to Hydrate Detroit happened in 2016, Williams says, to better represent an overarching mission of education, organization and legislation. “More than just delivering water,” he says, “we wanted to be advocates of water.”

Residents facing water shutoffs are encouraged to contact Hydrate Detroit by phone, email or by heading to their website to complete the Water Intake form. Williams says, “We will give them a call back, we’ll go over their information, try to figure out what’s been happening and we will do what we can.”

This may include calling the water department’s collection unit on behalf of the client and advocating for a reduction or requesting that the household be entered into the department’s 10/30/50 Plan, which allows customers to pay either 10%, 30% or 50% of their past due amounts and have the balance divided over six to 24 months.

But, according to the department’s website, payments must be made in full and on time to stay on the plan. So if times are tough, some families still live in fear that one late payment could get them bumped from the plan and their service interrupted.

“We want water shutoffs to be abolished. No one should ever have their water shut off. Period,” Williams says. He says they’ve had a hard time getting Mayor Duggan and other city officials to come to the table, but they’re still hard at work. Hydrate Detroit also wants to see rates capped at an affordable price so that bills never become unpayable for the average Detroiter. He says, “Your bill should never go up over $100 per month.”

Williams and Hydrate Detroit are passionate about dispelling the myths around people facing shutoffs – namely that they’re blatantly and deliberately not paying their bills because they’d rather spend the money elsewhere or because they don’t think they should have to pay.

“We have documented evidence of over 500 clients that have been trying and been paying over and over and over again to where they have no recourse,” Williams says. Maybe they’re not paying adequately or quickly enough for the department’s liking, but he says his clients are doing what they can. He says his team has also come across countless billing errors and miscalculations.

This spring, Hydrate Detroit will start to reinvigorate its #ShareWater campaign, an encouragement to “be neighborly” and share water with those who may be without. If you’ve ever had the misfortune of having your water shut off, recall that experience and, if you can help your neighbor avoid going through that, or at least make it a little easier, Williams urges you to lend a hand – or a case of water.

He says he understands that the process can make people feel overwhelmed, scared and frustrated, but he says, “We want to make sure that Hydrate Detroit is a safe place. We will work with them. Nobody is turned away, and we will get the results.” The effort is only made possible by donations, the dedication of volunteers and community solidarity.

“Water is an essential human right, and everyone should have access to clean, affordable water,” Williams says. “We want to make sure communities understand that you will have to fight environmental racism – it’s a thing.”

For more information about Hydrate Detroit, to donate or to find out how you can get involved, visit hydratedetroit.org. 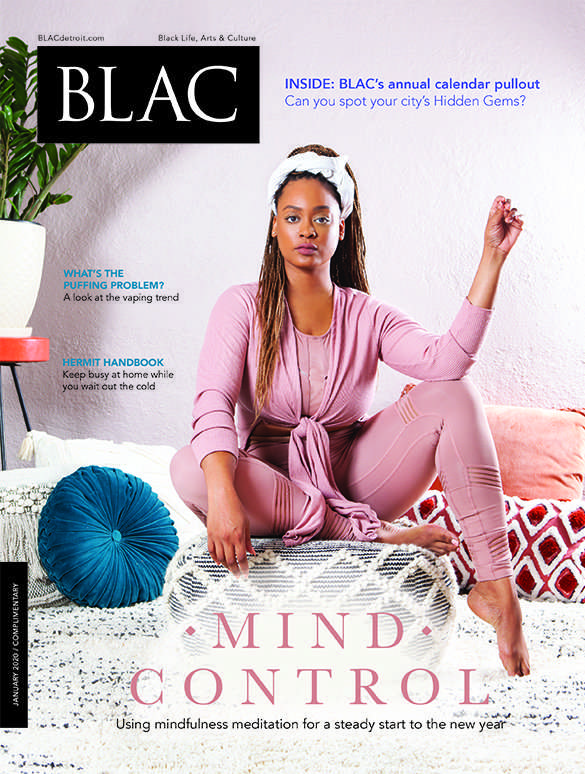