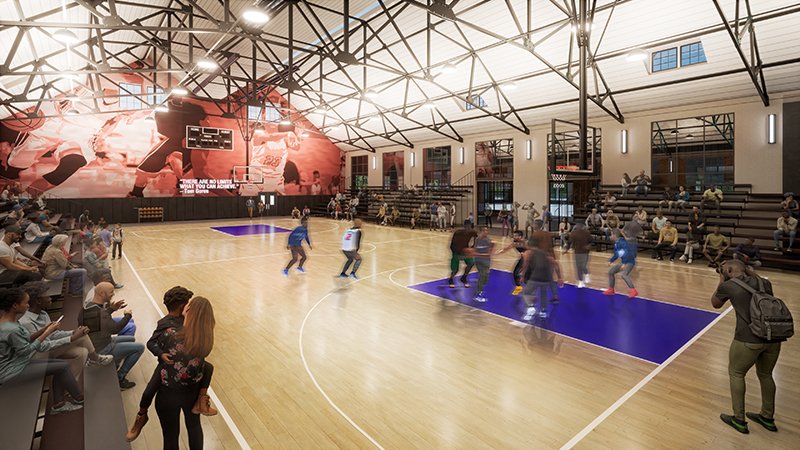 Pistons owner Tom Gores’ decision to establish a $20 million fund to construct a new community center in Detroit was influenced by the same anger fueled by seeing the footage of a Minneapolis police officer suffocating George Floyd to death in May 2020.

The decision was made after months of due diligence from the Pistons players and team officials following Gores’ request for the organization’s help on how to assist social justice causes before last season’s start.

Gores has pledged to work with the Detroit Parks & Recreation Department and residents of the Cody Rouge neighborhood in order to develop a new 25,000 square foot multi-use facility that will be adjacent or near historic Brennan Pool.

The plan includes renovating existing pools as well as updating locker rooms for both the men’s and women’s swim teams, so they can continue practicing year round without having any concerns about facilities closures during winter months when it gets too cold outside. This project is anticipated to be completed by the end of 2024.

The Detroit Mayor Mike Duggan announced that a second phase of the plan will create an enclosed structure around one of two Olympic-size pools located at Brennan site, creating year round access for residents in need.

“When you look at a map of community center locations throughout the city of Detroit, we have known for a long time that there was a big hole in the Cody Rouge neighborhood,” Mayor Duggan said.

This new initiative is the next step in a journey that officially began when Tom Gores told his team members about a fund he’s establishing for social justice. They were excited because these types of activities align closely with what’s important in basketball.

In a meeting, the team was convinced that the community center in an underserved community was the most impactful project.

Detroit Pistons center Isaiah Stewart, who played youth soccer and boxed before discovering basketball, said community centers helped him get through tough times as an adult who had limited resources outside of his family’s influence when he was growing up in Rochester, New York.

Four ways to enjoy the outdoors with your family