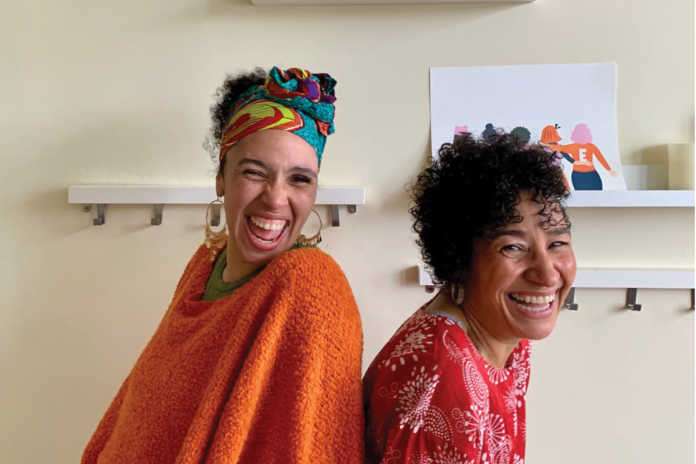 For centuries, women have used midwives to bring their children into the world. Now Detroit Pop-Up Midwifery Clinic is a part of the resurgence dedicated to sharing free information that new moms and moms-to-be need to know.

“We’re
a resource,” says midwife Nicole White. Partner Heather Robinson echoes
that sentiment. The idea for a pop-up operation had been brewing for the last
few years but it wasn’t until White was awarded a grant from community-based
parenting support system Health Connect One that the planning began.

The
“clinic” – not a physical entity but a traveling cohort of midwives –
includes women who work in the hospital and some who only assist with home
births. The goal is to empower and educate women to control their birthing
plans.

The
engagement is a two-way interaction. Not only are White, Robinson and the rest
of the team providing useful information, they’re receiving it. They’re asking
mothers what they want from the pregnancy experience.

“We
really want folks to have access to ask questions. It’s important to remember
that the countries who use midwives and never stopped using them do a way
better job keeping moms and babies alive, happy and healthy,” White says. “Midwives
build community.”

They
researched birth outcomes throughout Detroit to pick the most crucial areas for
the pop-ups. They started in March at Detroit Mama Hub in Detroit, and in
April, the women were at Matrix Human Services. Expect them at Ford Resource
and Engage Center on Bagley Street Detroit in May.

The Experience of Being a Young Mother