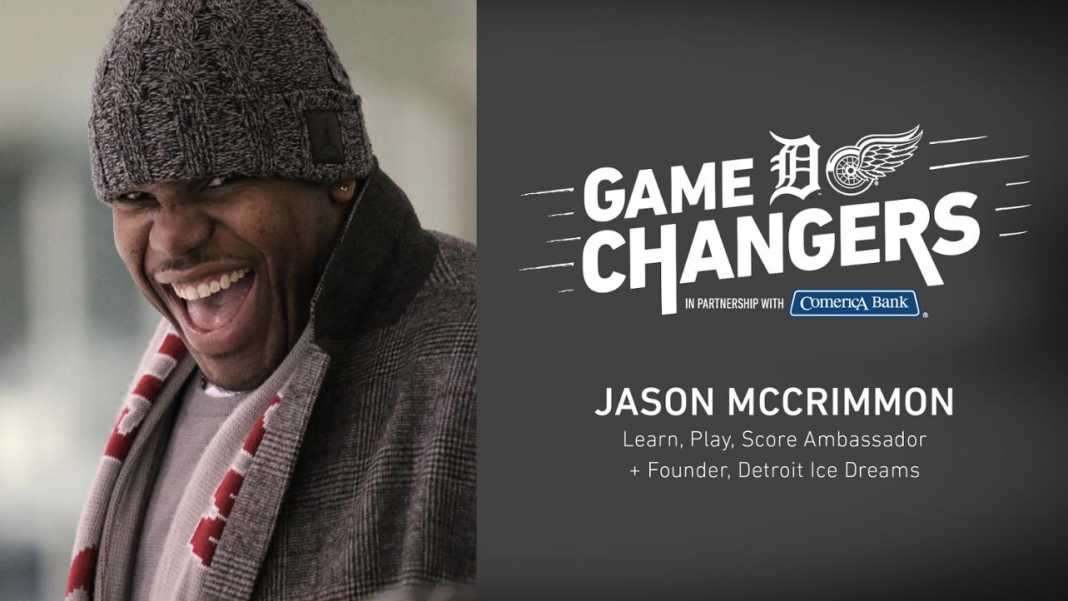 Jason McCrimmon is thankful.  Thankful that there are more minority players in hockey than ever before.  Happy that he has the opportunity to sell hockey in his hometown of Detroit and glad that he no longer personally knew every Black hockey player in professional leagues.

But the native Detroiter also knows there’s a lot more work to do for minorities to be accepted in a sport he has been playing since he was three.

“We’re moving in a forward direction, and obviously, there have been a lot of setbacks to this direction during games,” McCrimmon said. “But as long as we keep the momentum going and minorities continue to have more access to the sport and we see more diversity, it makes it all easier to take.”

Those “setbacks” have been frequent in the past six months –  setbacks that make you believe the sport of hockey has an awful long way to go before it fully accepts racial minorities in the game.  For example:

“Incidents of racism, whether they occur in hockey or anywhere else, are abhorrent. The NHL will continue to make its resources available to the hockey ecosystem to educate and inform, with the goal of making the game welcoming and safe for all players and fans,” the league said.

Off the ice, the NHL and Boston Bruins decided to finally honor the first-ever black athlete to play in the National Hockey League, 86 year-old Willie O’Ree, when the Boston Bruins retired his number a mere 60 years after he first hit the professional ice.

McCrimmon, a personal friend of O’Ree, who has served as a mentor to him, is also close to former Phoenix Coyote Smereck, the man taunted in the Ukrainian league. But he refuses to turn these abhorrent racially insensitive events into an indictment on his sport.  Instead, he blames it all on a heart problem, not a hockey problem.  “I see this stuff and it just tells me we still have a lot of work to do.  I went through this when I played and I go through it now.  We have a long way to go in being more humane as people and, in turn, treating minorities better in the game of hockey – period.”

McCrimmon, 38, was one of the first black Detroiters ever to play professional hockey, suiting up for teams including the Danbury Whalers of the Federal Hockey League, Hela-Kiekko in the Finnish pro leagues, the Muskegon Fury of the International Hockey League and Mississippi River Kings of the Central Hockey League among numerous others.  But when he returned home to Detroit in 2013, he was focused only on giving back to his community and finding ways to promote the game he loves.

The founder and CEO of Detroit Ice Dreams and now Youth Ambassador for the NHL’s Detroit Red Wings, McCrimmon has dedicated his post-player life to teaching kids  about the game he loves while also helping families get by with fundraisers and working with area schools to promote hockey through indoor floor hockey and outdoor street hockey.

But McCrimmon also had a hunger to coach at the Junior level (16-20-year-olds). He got that opportunity in 2014 when he was given the keys to a Midwest Junior Hockey League expansion team, the Motor City Monarchs, by owner Mark Gilman.  Gilman, then owner of a public relations agency in Clarkston, had been introduced to McCrimmon by a mutual friend in Detroit.  “I met him right after he got back from playing in Finland and I could not understand why he didn’t have his own team,” Gilman said. “He was obviously an extremely gifted coach and I saw the way he worked with the young kids in Detroit and it was infectious.  I wanted to help him have a chance to succeed. So over lunch one day, we said, let’s get our own team.”

They worked out a plan where Gilman would buy the team and serve as general manager and McCrimmon would handle coaching and scouting duties. Then, over five years, McCrimmon would invest financially in the team until taking it over completely.

In the first season, McCrimmon and Gilman led the then Motor City Monarchs to the MWJHL finals, the first expansion team in the league to ever accomplish that.  In 2019, as planned, McCrimmon took over the now Motor City Hockey Club playing in the USPHL, becoming the first African American Junior A hockey team owner in the country.   Gilman has since moved to South Carolina, where he serves on the board of directors of the Carolina Hockey League and Greater Greenville Hockey Association. He and McCrimmon remain close friends.

In addition to his ownership and coaching duties, McCrimmon’s principal goal is to not only be an ambassador for hockey but help inner-city kids get involved in a sport that is one of the most expensive in the country.  “Cost is still keeping kids out of the game.  But though organizations like Ice Dreams, we can introduce them to the sport through scholarships and opportunities making it more affordable to low-income families.”

On the Junior hockey side, McCrimmon, through his considerable college contacts (he also played college hockey at the UMass-Boston), has been able to get his Motor City kids over 50 college scholarships and for those who didn’t want to move on as players, countless jobs as coaches and referees.

With all those agendas and missions to preach the game of hockey in Detroit, he still has one goal he hasn’t achieved.  While a perennial interview subject in print and television during Black History month, he says, “we are moving in the right direction, but it would be nice to get the word out in the media during months beyond February.”

A Moment in Time with Regina Belle, Englewood’s own ‘Queen of...