Amid the tumult of the last few months, we’re forced to consider an important question: Where to next? The status quo is no longer safe. In Part I of our three-part series ‘Evolution,’ we consider policing – namely the calls to ‘defund the police.’ 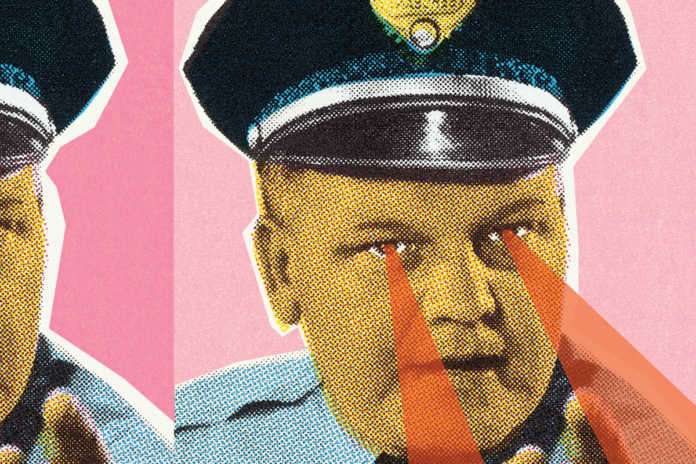 Defund the police” is a particularly awful rallying cry, right up there with South Dakota’s “Meth. We’re on it.” It lands on the ears in a splat so ridiculous that it’s easy to misconstrue the message, especially by those determined to misunderstand. “These people want to abolish the police and erect a lawless society!” the detractors yell.

It’s true that “defund” literally means to stop providing funds, and police departments need money to operate, so it’s confusing. And a handful of radicals do indeed wish to do away with policing altogether – and so, those outliers introduce interference that further fuzzies the picture. It’s bad branding.

But it only takes a little bit of digging to figure that what most commonsense groups and lawmakers are calling for is not a dissolution of law enforcement, but rather, a proactive, nuanced approach to crime reduction and policing. Hurt people hurt people, and oppressed people break things, steal things, join gangs, do drugs and sell them, too.

Maybe what the hood needs isn’t more cops, but more attention and money. Money that can facilitate better education and increased opportunity that would certainly lead to less crime in the long run. Defund the policers say those funds should come from the nation’s police department budgets.

That police departments have too much money, power and not enough respect isn’t a new idea, but it’s been reignited in the aftermath of George Floyd, Breonna Taylor and Rayshard Brooks. In New York City – where the size and intensity of protests and the resulting skirmishes with police have regularly made headlines in the last couple months – the police department operates with a $6 billion annual budget.

At the end of June, city officials agreed to an upcoming plan that shifts roughly $1 billion away from the department. And in late July, the Minneapolis City Council also approved cuts to its police department’s budget. In the city where Georg Floyd died, council members approved an amendment to move $1.1 million of the department’s $193 million budget to the Health Department to fund civilian violence “interrupters,” Minnesota Public Radio reports.

But Detroit Police Chief James Craig says what may work for other cities won’t necessarily play here at home. Craig calls the proposal to defund the police an “extremely flawed knee-jerk reaction to the issue.” He reminds that this is a countrywide campaign, and says, “There’s no one-size-fits-all. If you talk to the average Detroiter, they don’t want fewer police. They want more. But I do understand the importance of looking at those social programs that should be supported, but not off the backs of law enforcement – at least not here.”

Detroit’s annual budget is higher than Minneapolis’ but much more modest than New York’s. It was about $321 million in 2019, and they’re projecting a $10 million bump in this new fiscal year. “Anywhere from, I don’t know, 75 to 85% of the police department budget is personnel costs. So, invariably, you would have to lay off and reduce the number of staff,” Craig says.

It’s true that in order for New York to cut its police budget so significantly, the city had to halt a nearly 1,200-person class of recruits planned for this month, a move opponents say is counterproductive in a city where crime is skyrocketing. “As I indicated, people who are spewing ‘defund the police,’ are they really speaking to Detroiters? Have they even tried to understand what Detroiters want?”

What to do then? Because police brutality, especially against Black and brown Americans, is a widespread problem. Advocates say that it’s not enough to bob for “bad apples” but, instead, that overhauling an entire system rooted in racism is necessary. “I (patroller’s name), do swear, that I will as searcher for guns, swords, and other weapons among the slaves in my district, faithfully, and as privately as I can, discharge the trust reposed in me as the law directs, to the best of my power. So help me, God.”

This is the oath that slave patrollers took in North Carolina in 1828. The first slave patrols were created in the Carolina colonies in 1704, tasked with chasing down runaways and preventing slave revolts. During the Civil War, the military most frequently enforced the law in the South, but during Reconstruction, local sheriffs – with the help of the Ku Klux Klan – adopted a role akin to those early slave patrollers, enforcing segregation and keeping those formerly enslaved in their inferior places.

Historians trace a line from slave patrollers to Reconstruction-era officers to modern-day police. It’s worth noting that the first formal, publicly funded police force was created in Boston in 1838 to protect property and safeguard the transport of goods that came in through the port of Boston, and not the sin of slavery.

The Washington Post’s analysis of on-duty police shootings since 2015 found that Black Americans are killed by police at a rate more than twice that of white Americans, at 31 per million compared to 13 per million. Of course, more than just race factors, but videos like the one showing George Floyd being killed under the knee of a white officer or 12-year-old Tamir Rice being shot and killed in a park – had the officer taken just a few seconds to assess the situation he would’ve discovered that young Tamir wielded a harmless toy – makes the community wonder whether Black lives matter to the boys in blue.

They also make some wonder whether white officers with little to no connection to the community should be allowed to police Black neighborhoods. After all, there’s something to be said for understanding the way a community breathes, the way it moves and speaks. Chief Craig likens that suggestion to the way Black officers were disallowed from policing white communities in the early and middle parts of last century and says to bar white cops from Black neighborhoods would be equally discriminatory.

“Every officer who is out in the field – white or Black or brown – is out there putting their life on the line,” Craig says. “We don’t say anything though about the white officers who come into a largely African American community in an effort to save someone’s life, and they make the ultimate sacrifice.”

He says rather than an emphasis on race, he prefers an insistence on quality, integrous officers. “It doesn’t mean that I don’t believe that it’s important that we have a police department that reflects they city. That is important.”

Maybe the answer is to narrow the scope of responsibility to limit the interactions with officers. Police are expected to be too much to the community. After six months of concentrated training, they strap a deadly weapon to their hips and the protection of qualified immunity to their backs – which makes it nearly impossible for government officials to be sued for misconduct – and then head out to act as social workers, psychologists, drug addiction counselors, negotiators and whatever else the shift calls for.

Minneapolis’ “Cure Violence” model aims to funnel funds from the police department toward the use of well-trained, unarmed community responders known as “interrupters.” Alternative forms of traditional policing are being proposed all over. Couldn’t experts trained in mental health, family matters or addiction step in instead?

Craig says redirecting the handling of a person in mental duress or a nonviolent domestic dispute to others beside police makes sense, but, “If the mentally ill person demonstrates violent tendencies, then that’s clearly a police problem. You can’t redirect that to someone who’s not trained to deal with a violent mentally ill person.”

It does beg some questions: What happens when a situation starts off manageable but turns violent midway? Should police accompany these civilians on calls – or be on standby? Does that defeat the purpose of fewer interactions with police? Can we expect overzealous cops to stand back and let a drug addiction counselor, for instance, take charge? TBD.

Craig says if this new way of vigilance is adopted, even when police do need to step in, he thinks there’s still room for social workers or counselors to follow up after the fact – in instances of domestic disputes particularly – to combat “the cycle of violence.”

On July 10, 20-year-old Hakim Littleton was shot and killed by a DPD officer near San Juan and West McNichols. Craig and the officers involved contended that the shooting was justified, providing details to the press shortly following the incident. Still, inaccurate accounts of what happened rang out across social media, and hundreds of protesters gathered on McNichols on the city’s west side to condemn the police and the shooting.

Dashboard and bodycam footage was released which appears to show Littleton brandishing a weapon and firing on officers at close range before being shot by officers. Civil rights groups are calling for an independent investigation into the shooting and the subsequent clashes between protestors and police.

Craig says the argument that the propagation of false information and the rush to judgement was warranted because of the heightened tensions between the public and police doesn’t hold up. “OK, well, does this help the situation at all?”