This charming area on Detroit's northwest side is still attracting new buyers -many from outside the city-and has remained strong through the years, says Tom Goddeeris, executive director of the Grandmont Rosedale Development Corporation.

The community nonprofit proudly calls its domain one of Detroit's "strongest and most vibrant communities," and it's in large part due to the group's diligent work there since 1989.

"We were started by residents who lived in this community with the mission of preserving and improving the community," Goddeeris says of GRDC, noting it runs a "wide range" of community activities, like the annual Farmers' Market.

Get the scoop on Metro FoodLand, Detroit's only black-owned supermarket.
ADVERTISEMENT

"We clean the parks, we have built new playgrounds, (and) we've done a lot to improve how our commercial district looks around Grandmont Rosedale," he says, including business grants to help businesses improve their look.

The development corporation also runs a number of programs that keep the community safe and beautiful. It organized a public safety program for residents to share crime activity and watch for suspicious behavior. Over a three-month period last summer, the Detroit Police Department ran a project to reduce breaking-and-entering crimes in the neighborhood, which decreased crime there by about 30 percent, Goddeeris says.

Since 1989, GRDC has also been purchasing vacant homes, renovating and selling them.

"We do think that program has had an impact both on attracting new residents to the community" and "improving property values," Goddeeris says.

GRDC has come up with a "Quality of Life Plan" to follow over the next three to five years, which includes strategies to keep the neighborhood safe, stable and strong.

"It's all intended to make this a better place to live," he says. 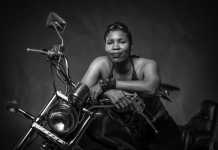 Riding for Wellness: Annual Motofest Ride and Festival to be held in Detroit June 4th

Government Fights to Keep Gas Prices Down Despite Hurricane Isaac

Be A Good Neighbor