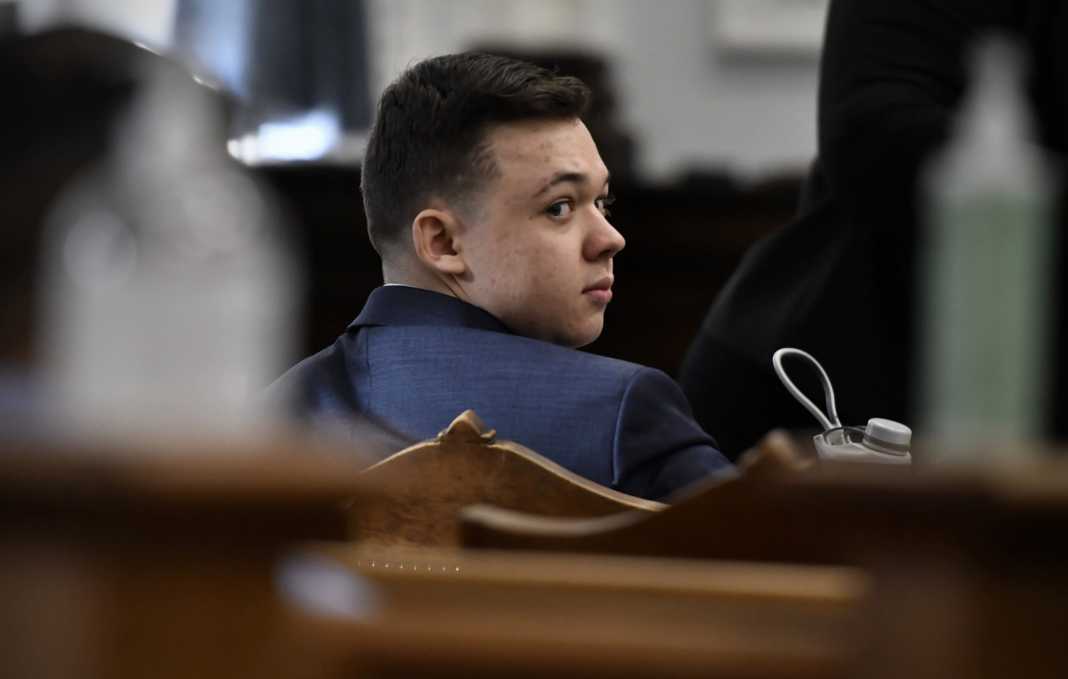 Unfortunately, the America we live in and our judicial system continuously are finding white men innocent for crimes, we know Black men and women, wouldn’t even see a day in court for.

In case you missed it, the jury has found Kyle Rittenhouse, not guilty on all counts. During a Black Lives Matter protest against police brutality in Kenosha, Wisconsin last year, Kyle Rittenhouse shot and killed two men – Joshua Rosenbaum and Anthony Huber. He also wounded another, Gaige Grosskreutz.

Rittenhouse was facing charges of homicide, reckless endangerment, and other offenses.

At the trial, Kyle gave an Oscar awarding performance during his testimony describing the shooting and killing Rosenbaum – breaking down in tears.

This may have aided in the jury’s decision to acquit him of all charges. This is a story we see time and time again – the justice system favoring white people over minority groups.

To no surprise, the verdict has caused an uproar on social media. Black people everywhere are sick and tired of injustice and have lost faith in this country’s judicial system.

Thanks to this #KyleRittenhouse verdict protesting for Black Life is about to become exponentially more dangerous. They just opened the flood gates to vigilante justice. Y’all complaining about people burning buildings but are down with these Asshole KILLING HUMAN BEINGS. Ok.

So you mean to tell me I can carry a high powered weapon across state lines, kill someone & be found NOT GULITY?! White AmeriKKKa wins again😔

YALL PUT BLACK AND BROWN BODIES IN CAGES DAILY FOR PETTY DRUG CRIMES BUT THIS KID KILLS PEOPLE AND THERE ARE ZERO CONSEQUENCES?!? #NoJusticeNoPeace

Kalief Browder died by suicide after facing traumas in jail as he was held without trial for 3 years for allegedly stealing a backpack. He spent 2 years in solitary confinement.

The fact that #KyleRittenhouse has been found NOT guilty on all counts after killing two people in cold blood shows the world EXACTLY what type of country America really is. SMH.

If White Privilege was a picture, this would be it. #RittenhouseVerdict pic.twitter.com/TTE4lon2cX

The justice system has failed black people in the country so often, many on black Twitter saw this “not guilty” verdict coming. It’s heartbreaking that that is the case. People are also predicting another protest like the one last year. When people have had enough, they’ve had enough.

Black Twitter hearing the verdict KNOWING what it was gonna be from jump. pic.twitter.com/xW5OrpTT61

I gotta stay off Twitter today man. No shit we not surprised at the verdict but it doesn’t make it any less fucking infuriating that these people continue to get away with murder and it’s black oriole sitting in jail for LESS.

America is about to yet again descend into rioting chaos. I predict at least 1 dead relating to the verdict within 24 hours. Shops will be looted, by the usual suspects. All under the watch of a black president. Twitter left to go into meltdown. Grab your 🍿🇬🇧 #RittenhouseVerdict

People may be outraged by the verdict, but they’re not surprised.

The reality is, before the verdict was even announced, people knew it would be hard on black people. Our community has been through too much hardship, sorrow, and discrimination.

Gregory McKelvey took to Twitter to urge employees to “consider giving your Black employees a day or two off after the Rit tenhouse verdict.”

“Regardless of the outcome, it’s going to be hard pic.twitter.com/FcbTcQD1lM

Now the main question is, how will this trial impact vigilante’s acting out their own sense of right and wrong. How can black people ever feel safe in a country where it seems as though they’re being hunted down? The American justice system needs a major overhaul on who and who does not deserve to be protected in this country. While Kyle can be with his family for the holidays, he deprived his victims of that same privilege.

So far – justice is blind as long as you’re the right skin tone.

Moguls in the Making