So, did you watch the Country Music Awards last night? Maybe, maybe not, but if you didn’t, you missed this:

Beyonce took to the stage with the Dixie Chicks to perform the twangy “Daddy Lessons” from the singer’s “Lemonade” album. It was a landmark for both artists; Beyonce being the rare black artist (and rare non-country artist) to perform at the show, and the Dixie Chicks – for those that don’t keep up with country music – have been blackballed from the country music industry for more than a decade for speaking against the Iraq War in 2003.

“Lemonade” sparked plenty of conversation around the album’s themes when it was released earlier this year: Fidelity, infidelity (if the case may be), feminism, blackness. A side plot that quickly came and went was the origins of country music, and how black artists, despite having hands in originating the genre, have been few and far between in representation.

Sure, Ray Charles sang country and we have Darius Rucker now. Don’t forget everyone’s favorite go-to token, Charley Pride. But try to name some more. It’s been difficult for any black artist, whether they start as a country artist or not, to make inroads in Nashville. “Daddy Lessons” briefly sparked a debate among country radio programmers, wondering if they should give the song a try. It received a few spins, but was largely ignored.

(And to be clear, Beyonce is not the first contemporary black artist to make a go at country music. She’s not even the first this year. Both K. Michelle and Fantasia also dabbled in the genre this year.)

You can shift some of the blame for country music’s whiteness on a fear of blackness – a fear that had reached a fever pitch in Southeast Michigan. Henry Ford, while building his automotive empire, had some thoughts about music of his day that led to how country music was able to expand to the juggernaut it is today.

Henry Ford, the auto maker, put more money into promoting country music in the 1920s than anyone else. Ford was frightened by what he saw as the urban decadence of couples jazz dancing. In response he organized fiddling contests and promoted square dances across the country to encourage what he saw as the older, more wholesome forms of entertainment.

And, per the History Channel:

Despite being progressive in paying blacks equal pay to whites, Ford sponsored country music events for his workers to keep them away from the supposed detrimental effects of ‘Negro’ music.

Why did Ford hate jazz music so much? Not only was he fearful of “urban, negro” entertainment, he also blamed the Jews for it. No doubt you’ve heard of Ford’s tome “The International Jew,” the anti-Semitic rants that sometimes get lost in history while we keep buying Mustangs. In Ford’s own words:

Many people have wondered whence come the waves upon waves of musical slush that invade decent homes and set the young people of this generation imitating the drivel of morons. Popular music is a Jewish monopoly. Jazz is a Jewish creation. The mush, slush, the sly suggestion, the abandoned sensuousness of sliding notes, are of Jewish origin.

Monkey talk, jungle squeals, grunts and squeaks and gasps suggestive of calf love are camouflaged by a few feverish notes and admitted in homes where the thing itself, unaided by scanned music,” would be stamped out in horror. The fluttering music sheets disclose expressions taken directly from the cesspools of modern capitals, to be made the daily slang, the thoughtlessly hummed remarks of school boys and girls.

Good thing ol’ Ford isn’t alive today. And maybe this is all a little full circle,  since Beyonce’s first-ever performance as a solo artist was at — where else? — Ford’s world headquarters in Dearborn. Read more about Ford’s war against dangerous negro-Jew music here. 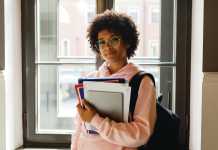 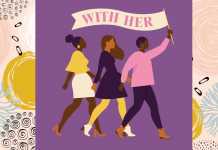 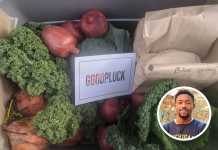