Subscribe
Home Grand Rapids Justice for Taleah Lowe: How Many More Must Die Before We Stop... 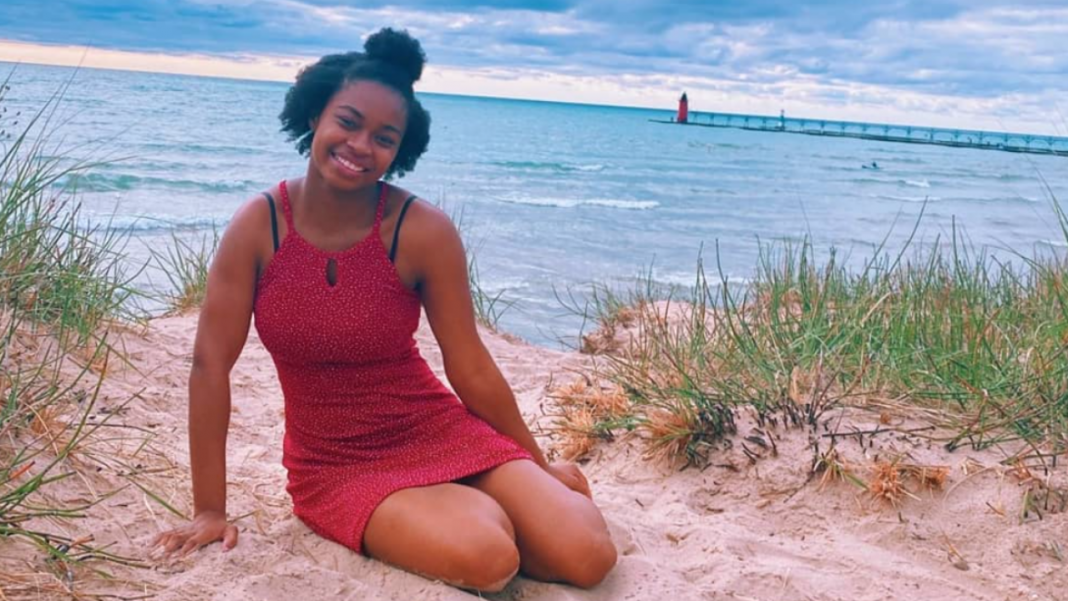 It’s remarkable how many Black and Brown women, are reported to lead full, happy lives, and yet somehow when they’re discovered dead under suspicious circumstances, the conclusion reached by authorities is often suicide or “accidental without foul play.” That’s typically where investigations in the cases of these Black and Brown women begin and end.

It is painfully evident that the White counterparts of these women receive more widespread media coverage when one of them goes missing or is discovered dead under unusual circumstances. People far and wide know everything there is to know about their life and case, and they come together to help find justice. This fact was made clear once again in the recent case of Gabby Petito.

But, have you heard the name Taleah Lowe?

Taleah was found dead two weeks ago, in circumstances that people who loved her are calling “suspicious at best.” At worst? It is believed that this may be another instance of racially motivated violence that the U.S. is already failing to rectify and cover.

Taleah Lowe was a freshman at Grand Valley State University. Her family and friends described her as “silly, funny and smart, with an amazing personality. She began attending GVSU after graduating from South Haven High at the age of 18. Her family remembers her kind spirit stating that she never had a bad word to say about anyone and was loved by everyone who knew her. On the surface, this seems like a tragic accident, but when you look deeper, there is more to this story.

“Justice for my baby cousin, those girls made a gofundme and stole the money, we still haven’t recovered her phone!”

This statement has become the driving force behind the movement to discover how Taleah truly died.

On Thursday, October 14 between ten and eleven o’clock in the evening Taleah and her new friends Rachel Paulson and Chloe Ward drove 30 minutes away from campus to Pere Marquette Beach in Muskegon, Michigan. During the trip, the girls entered the water. Taleah was never seen alive again. The group of friends maintain that she was caught in a riptide and drowned, but many aspects of the story aren’t adding up.

“Taleah was never the type to get in no water and especially not at night when it’s freezing cold, we all know she didn’t get in that water by choice, she couldn’t even swim and she’s only working with one arm.”

Taleah had a physical condition in her arm that left it partially paralyzed, so her jumping into a deep, cold lake in the middle of the night in October–in Michigan–makes little to no sense.

Shea Couleé tweets “I saw this thread a few days ago and found it very unsettling. People don’t go swimming in Lake Michigan in October… Her family deserves answers.”

I saw this thread a few days ago, and found it very unsettling. People don’t go swimming in Lake Michigan in October… Her family deserves answers. #JusticeForTaleah https://t.co/V1z1zTCJjr

Family members also assert that Rachel Paulson and Chloe Ward, “packed up her things before anyone knew she was dead.” Taleah’s sister and best friend say the two were “calling around to get into her phone,” which they still haven’t recovered.

Taleah’s family has raised money to hire a private investigator to dig deeper into the case to find answers about what happened.

Even with the strange circumstances surrounding the death of this Black, 18-year-old female student, there has been no national coverage or call to find out the truth. If it weren’t for Taleah’s family, local publications, and concerned parties sharing this story on social platforms like TikTok, we probably wouldn’t know a thing. We see this play out again and again with Black women and it has to stop.

According to the Women’s Media Center, 64,000-75,000 Black women and girls are currently missing in the United States. Whenever Black women and young girls are missing or killed, any media coverage they receive is in short spans and often dies down after a few days. Often when CNN floats a face on our screens and asks for help in finding out what happened, that face is undoubtedly a white one. So that begs the question; Why does no one seem to give a damn about missing or dead Black girls, and what do we have to do or say to make them care?

Taleah Lowe went to Pere Marquette as the only Black woman in her group.

This story is eerily reminiscent of the Tamla Horsford case, where a young Caribbean-American mother attended an adult slumber party in Georgia with her all-white friends and was found dead in the backyard the next morning. Her death is still unsolved. The investigation never satisfied her family, and much like in Taleah’s case, many called for a further look  into the actions and motivations of the all-white group the women were last seen with.

Thankfully, Taleah’s case has a growing movement behind it, of concerned people trying to both uncover the truth and hold her “friends” accountable. Instagram pages with the hashtags #justicefortaleah and #justicefortaleahlowe serve as safe spaces for those who remember and loved Taleah, as well as places where discourse and resources to assist the family can be found. More and more people are learning about her case every day, and although it hasn’t garnered as much attention as other recent cases, we know there are at least a few people in the world who care about Black women and girls, and we won’t stop until their names are heard all over the world.

Get Ready to Retire