It's easy to point outward, but it takes strength and wisdom to stare down our own ignorance. 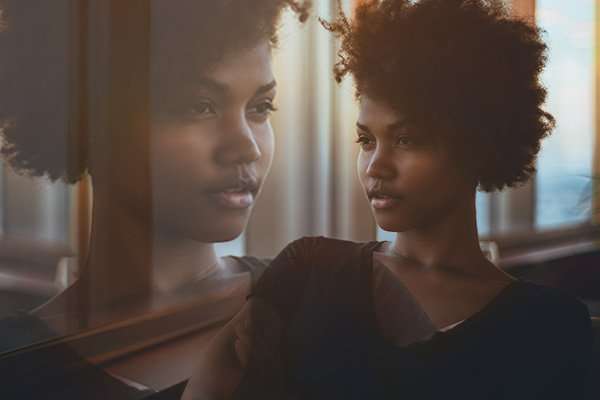 Who knows what evil lurks in the hearts of men? When it comes to Americans, I’m pretty sure that I know. You are bigots and racists. You are biased against people who aren’t like you. You hold deeply-ingrained stereotypes that are hurtful.

If you have not benefited from the inheritance of white supremacy (and that includes lighter skinned people of color), then you have probably internalized some of that oppression. What separates the woke from the willfully ignorant is that they often have that moment like the actors in the wireless phone commercials and say, “That’s not right.”

I’ve had many of those moments, and I suppose if I continue evolving as a human being, I will have many more. I have been warned not to reveal any of those moments publicly because I will forever be labeled as a sexist, or bigot, or homophobe, or fat-shamer, or elitist, or ageist, or ableist (because, let’s be real, I have sinned on all those counts).

But I do want to share one of my formative experiences because of the pain it still causes me, and the shame I still carry. I was a college freshman, a girl from a middle-class family. I had traveled the world as an Air Force dependent.

I’d had friends my whole life from different cultures, many of whom spoke English as a second language. I was a child of the Civil Rights Movement. All that to say that when it came to diversity and racial equality, I wasn’t a rookie.

Perhaps she was the first observant Jew whose faith and culture were clearly visible to me. One day, I was counting some change from a run to the store, and I said, out loud, to Eileen’s face, “I think they jewed me!”

As soon as the words left my lips, the horror of it hit me, but it was too late. She was already red-faced and crying. I reached for her but she wouldn’t let me touch her. I apologized, but the apology sounded stupid, even to my own ears.

But here’s the honest truth: I had never, ever, ever connected that hateful term to the Jewish people. In my world, it was simply a verb that meant you’d been cheated. “How could you?” you’re asking me now as I’ve asked myself a million times over.

It’s not like “jip,” a word you’ve more likely used (maybe even yesterday?) that is derived from “gypsy,” a term with a similar meaning that refers to the Roma people. I used the actual word Jew, not a derivation. I had heard it used that way my whole life and had never questioned it.

I cried with Eileen and have questioned my own moral high-ground ever since. I don’t know why she continued to be my friend and to treat me with profound kindness. I felt differently toward her afterwards because I was so filled with shame.

The fact that she didn’t shun me compounded the disappointment in myself. I wish I could say that was my final transgression against someone else’s humanity, but it wasn’t. But I do think that people who know me best would say that I have evolved from willful ignorance into active inquiry on my quest to become a better human being.

More than one dear friend has warned me about stepping out there in this moment to be the typical black, female apologist for white supremacists. And, while I risk that criticism, let me say that I do believe that Virginia Gov. Ralph Northam should resign if he did indeed don either of those hideous costumes.

When you are a politician, you invite a terrible scrutiny and you have to be able to justify your life choices. When I saw those racist pictures from his yearbook, I might have felt a lot like Eileen did that day more than 40 years ago. The pain was so deep, it was ancestral.

But, I want to know what happens after he resigns? In this age of swift and complete accountability, the past is proving to be a merciless executioner. If we can assume – which I’m pretty sure we can – that racism and sexism and homophobia are part of the American DNA, who will take his place who does not have the bones of bias rattling in their closet?

Where is there room for evolution, change and transformation? I only hope that Northam does as he has promised – continue on the path to recovery and reconciliation, whether he stays in office or not. In his public statement on the matter on Feb. 2, he said, “I’m simply asking for the opportunity to demonstrate that the person I was, is not the person I am today.

I could spare myself from that difficult path … But I can’t choose the easier path and not have the opportunity to reconcile. This moment can be the first small step to open a conversation.” A small step toward a big conversation that we all must be willing to have.

A Calvin Johnson Thanksgiving for Detroit

Dwight Howard Traded For the Love of Money