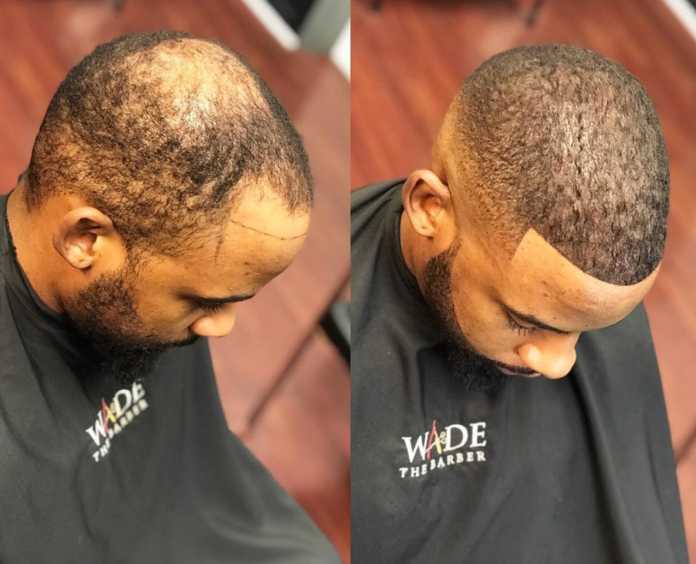 First, let’s be honest, shall we? When done correctly by a skilled and slick-wristed barber or hairstylist, man weaves can look damn good – crisp edges, shiny waves and perfect skin fades. The looks themselves don’t seem to be why when pictures and tutorials are posted on social media, the comment sections are usually flooded with laughing emojis and remarks like, “I wish my man would.” So then, what’s the big deal about a little something extra on top?

For women, our value as literal human beings is linked to the way we look. That’s not the case for men, so then, a preoccupation with your own beauty is widely considered to be a female trait, which is why we tend to scoff at a man with a weave the same way we might at one who opts for a light beer.

In black culture, specifically, hypermasculinity is all but required of black men and deviations from the norm are not easily accepted. One could argue that the belittling of our men that happened during slavery – and during its aftermath – resulted in our black men’s conscious and unconscious desperation to exhibit a strong display of traditional masculinity at all times.

That’s not on us, obviously, but for God’s sake, if I see one more post suggesting that the skinny jean will be the destruction of the black man, I’m going to strangle myself with one of the legs of those jeans. Fashions change, trends evolve. Men struggle with getting older, too, and it’s great that they’ve got options other than either rocking the receding hairline or shaving it all off.

As a straight woman who’s single and dating, I do wonder, though. How might I react if some guy I was getting to know pulled a Steve Harvey on me? Would I feel hustled, scammed, bamboozled, hoodwinked, lead astray, as Ja Rule says? Would my attraction to him wane? I don’t consider myself a shallow person, but I won’t pretend that looks mean nothing to me, and I would rather a full head of hair that could stand up to a pool dive.

See How These Three Sisters are Changing the Game in Breast...