he booming bass of techno – along with electronic, dance music and even hip-hop – will once again flood Detroit’s Hart Plaza Memorial Day Weekend. This year, Movement Detroit Music Festival’s three headliners include minimal techno icon Richie Hawtin, testpilot, the techno alter ego of EDM giant deadmau5, and British house/techno DJ-producer Carl Cox. Of 100 artists packing six stages, though, there’s also a trio of newcomers worth a listen. Get to know them now. 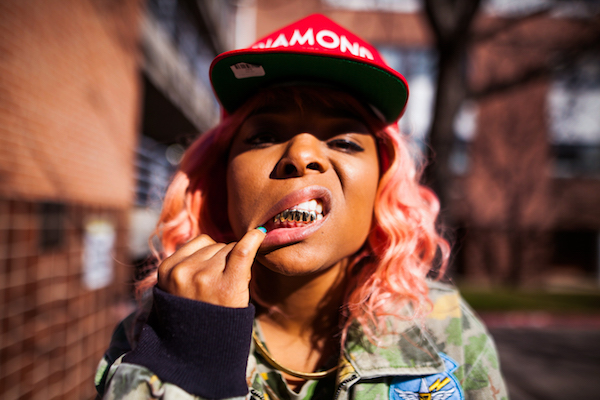 Born Tedra Wilson in Baltimore, 32-year-old TT the Artist discovered a love for hip-hop and dance music as a teen in Florida. “I grew up in a very religious home and I was restricted from listening to secular music,” says TT, whose sound is a cross between Baltimore club music (a style of breakbeat) and modern electronic dance music. “I would often sneak away with my notepad and listen to the radio, writing down lyrics of my favorite rappers so I could rap them out loud.”

The sounds of ’90s dance peek through in her music; think 2 Live Crew, Quad City DJs and Real McCoy. “I’m working on blending the genres more with my newer productions. My music is driven by beats-per-minute and rhythms.”

She plans to one day mix her music with art and films – and continue broadcasting female empowerment in a male-dominated industry. “I hope that my music encourages other female emcees and producers to want to go harder.”

Atlanta-based Kai Alcé has a record label called NDATL Muzik – say it “in da ATL.” Born in New York and raised in Detroit, Alcé grew up in the ’70s surrounded by music in his home. He gravitated towards disco, soul, R&B and early rap. “My mother would often find me asleep with headphones on.”

Now, Alcé creates music by making or sampling a drum sequence; then he lets inspiration pave the path. “My sound is overall deep, so if I’m playing techno, house, R&B or soul, it’s definitely on the deeper side of things,” he says. Pulling notes of jazz and funk, his music has taken him all over the world: He’s played sets in England, Germany and Australia, to name a few.

“I try to convey the message of dance and to be yourself,” Alcé says. “I was once told by a good friend that my sound was real like dirt – and I took it as a compliment, as dirt is the source of life of so many things.”

“I was always writing (free verse and raps), so I started fusing writing with production,” he says. “Then it coincided with my art.”

Even as a kid, he spent every Tuesday at Best Buy with his father picking up a CD that had dropped that day. His tastes began with Outkast, Prince and Rick James – and Detroit rappers like the Eastside Chedda Boys and ghetto tech artists like Disco D and DJ Godfather.

“Once I started getting more into electronic music, it blew my mind that techno was originated here in Detroit,” he says. McFly crossed paths with Detroit house/techno artist Moodymann, who has served as a mentor.

McFly calls his own style unique and fearless with elements of “madness.”

“I try to make something that recreates the wheel.”