It was about the Battle of Thermopylae in Greece in 480 B.C.-an actual historical event. Three hundred Spartan soldiers took a courageous stand to defend their tiny nation against the onslaught of a million-man Persian army.

Led by Sparta’s King Leonidas, the dramatically outnumbered men fought the Persian army to a standstill. Although they were eventually overwhelmed, their ability to inflict monumental damage to the widely feared Persian army was a testament to their conviction and skill. The battle inspired other city-states in the region that, over time, coalesced and turned back the Persian threat.

In 2010, after years of vicious acts of violence against some of the city’s most vulnerable citizens, 300 men were called upon by a triumvirate of grassroots Detroit leadership to take a stand against the onslaught of Black-on-Black crime. Like the Spartans, they realize the odds may be long, but they are just as determined to prevail and set an example for other Detroiters. 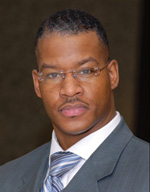 They call themselves the Detroit 300. The group is led by three high-profile, charismatic, community leaders. It was founded by community activist and television personality Raphael B. Johnson; pastor, WCHB radio host and Pulitzer Prize-winning former Wall Street Journal reporter Angelo B. Henderson; and Min. Malik Shabazz, an outspoken Black nationalist and community activist for more than 25 years.

Small collectives of neighborhood men and women who organized among themselves or were helped to organize by neighborhood community action organizations have existed in the city for years. On a casual stroll through most any Detroit community, one can see myriad signs on lawns and stickers on windows warning of neighborhood watch organizations and patrols. And over the past decade, groups created specifically to organize local men to combat crime have emerged, such as Second Ebenezer Church’s MADE MEN and The MAN (Maintaining a Neighborhood) Network, a collaborative effort of churches in northeastern Detroit. The Detroit-based Skillman Foundation has even funded initiatives led by Black men doing anti-violence community work.

City officials claim this form of collaboration has made an impact. Most recent data indicates a significant decline in violent crime in the city. Detroit recorded 308 criminal homicides in 2010, a 15 percent drop from 2009. And non-fatal shootings declined by more than 10 percent during the same period. Police contribute much of the decrease to closer cooperation between the public and law enforcement through groups like the Detroit 300 and other neighborhood patrols.

The Detroit 300 has been able to harness the outrage over crime by citizens and create a formal organization that now boasts more than 1,600 members. What makes it stand out is its emphasis on making citizens’ arrests of those who commit crimes, not just reporting them. Equally important, a major focus of their work is to also destroy the culture of silence, of neighbors and even crime victims themselves, based on fear or a misplaced sense of ethics.

“There is no excuse or justification for what we are doing to one another,” says Shabazz. “It has to stop. We say it has to stop. We say if you see crime being committed or know about a crime in advance, don’t snitch. Just stand up and tell. Snitching is going around telling to lessen [your] time. It’s not snitching if you see a woman getting knocked down and her purse taken or dragged in to an empty house. Just tell what you saw.

“I know if I saw a woman getting knocked down and her purse taken or being dragged in to an empty house, I’m going to yell, call out and grab a stick to use to stop it from happening,” Shabazz adds. “And then I have the right to detain you until the law arrives, because that is what good neighbors and good human beings do.”

Reflecting back on how three men with such different backgrounds were able to work cooperatively and produce such an effective unit when others efforts have fizzled out, Henderson says they understood each others strengths and ideal roles.

“It was Raphael who had the vision, my voice and Malik’s experiences that set us apart from every other singular movement that has happened in the past,” he says.

The group has worked closely with law enforcement agencies to solve and prevent acts of violence against Detroit’s elderly, youth and female populations. Over the past few years, some neighborhoods in the city have come under siege from roaming gangs of adolescents who call themselves the “Stomp Out Kings,” targeting the elderly for various crimes, and perpetrators working individually as well. 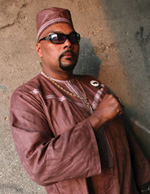 In just the past two years, these horrific crimes galvanized a renewed spirit of anti-crime activism:

The nature of these crimes sparked the outrage which gave rise to the Detroit 300. “It was literally making some citizens feel as if they were hostages in their own homes,” says Johnson, the organization’s president, who chose the group’s name with the Spartan soldiers in mind.

The Detroit 300 is essentially a conglomerate of citizens, civic groups, organizations and businesses that have banned together to fight and deter crime in residential areas. Their sole focus is to help communities organize to eradicate crime by policing targeted areas and collectively pursuing individuals who wreak terror in city neighborhoods, Johnson says.

He noted that there was a precursor to the Detroit 300 as far back as 2006, when a group of citizens; including Johnson, were trained in civilian patrol by the Detroit police under the Educating Neighbors to Obey Those in Authority (ENOTA) Project. It was a pilot program in the eastern district supervised by then Deputy Police Chief Ralph Godbee and Captain Dennis Muhammad. The citizens received training in neighborhood stabilization, revitalization, senior safety, hand-to-hand combat, sensitivity training and people skills.

When the project’s funding ran out, Johnson and others broke into smaller groups of “peacekeepers” that patrolled city neighborhoods. Then, after the series of spectacularly brutal crimes on the east side in 2009 and 2010, Johnson had enough. A frequent guest on Henderson’s radio program, he called upon his friend to help him organize more citizens to patrol neighborhoods in search of these violent offenders. If captured, they would make citizens’ arrest and turn them in to the police. 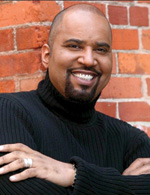 “Raphael called me about the rape of the 90-year-old woman and asked if I could help him get 300 guys to help him look for these criminals,” Henderson says. “I brought him on as a guest and I got caught up.”
Even after spending several days on his radio program calling for listeners to join the effort, Henderson was still uncertain if they could attract 300 residents by the time of the inaugural meeting.

Much to the leaders surprise and delight, more than 400 citizens of both genders and various races, ages, religions, neighborhoods and even regions of metropolitan Detroit showed up. Along with Johnson and Shabazz, other key leaders in the mobilization effort were Teferi Brent, Derek Blackmon Sr., Keith Bennett, Jason Mizell, Fuqua Bey and Reynolds X.

“That night we organized into much larger patrols and continued our search for the person who raped the woman and intended to make a citizens’ arrest if we caught him,” Johnson says.

Since that day, three teenagers were arrested for that rape. The 2010 serial rapist was also arrested. The Detroit 300 was credited with helping in both cases.

They have been so successful that the Detroit branch of the NAACP announced in February that it will honor the organization at its annual Fight for Freedom Dinner in May.

In spite of the group’s progress, Johnson says the Detroit 300 still has much work to do.

“Our focus is making sure our neighborhoods are safe for our women, our children and senior citizen,” he says. “Our thing is where we lay our heads, where we live, where we have to raise our families, if we cannot make [it] safe, then that says we have failed in our rightful duty as men.”

Trevor W. Coleman is a former editorial writer and columnist for the Detroit Free Press and author of Federal Judge Damon J. Keith’s biography which will published this year.