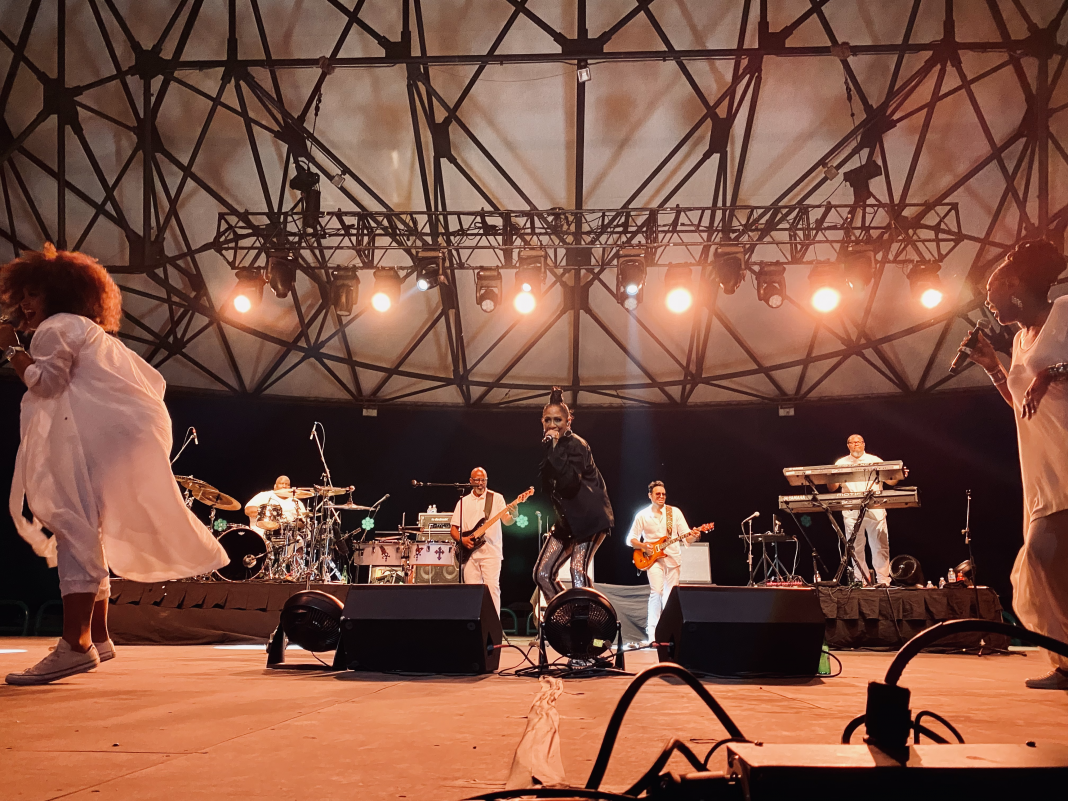 It felt good to be back. Blue drinks were flowing, boats were anchored and spirits were flying high as The Aretha hosted Sheila E for opening night of the Wednesday Jazz Series. This is the inaugural season for The Aretha, formerly known as Chene Park and opening night did not disappoint.

Monica Blaire shined as the opening act on a night that was overcast and rainy.

Sheila E opened with a cover of Come Together by the Beatles to get the crowed going, then later showed love to Jill Scott with a version of A Long Walk, and you know the night couldn’t wrap without The Glamorous Life.

The surprise of the night was the crowd signing along joyfully to, a only the way Sheila E. could, rendition of When the Saints Go Marching In.

She entertained all evening while inviting fans on stage to dance and accepting a rose from a fan. Seeing her bound up the stairs to sing from atop a chair was delightful.

Sheila E did not miss a step or a beat. What a way to open up the joint.

Stay tuned for our pre-show interview with Sheila E here at BLACdetroit.com. While you wait, read our Spotlight on Sheila E. from 2016.