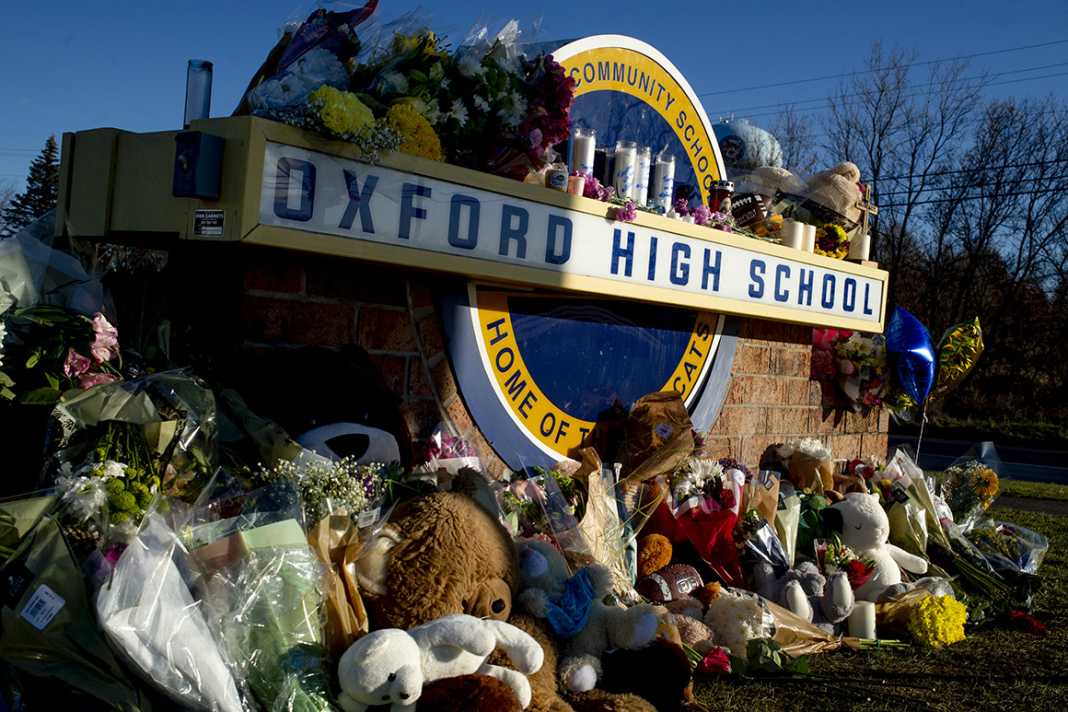 An eruption of gunshots being heard from any direction, near or far, is enough for a person to see their life flash before their eyes. For a student to experience gunfire within their own school, further resulting in the loss of their own life, remains an unparalleled nightmare.

Following the Oxford High School shooting on November 31st, some 60 other non-credible threats unleashed rapidly at schools throughout the Metro Detroit area. Conversation with both a licensed mental health clinician and detective of Detroit Police Department, who must remain anonymous, evokes uncertainty, yet hopeful reminder that Michigan schools and communities at large can grasp greater control with focus and commitment to cease such preventable chaos by awakening to the implementation of measures that may be uncomfortable, but may also be necessary for schools across the board.

The question now is: why and how was the accused able to execute his act with supposed precautionary measures and safety protocol said to have been in place?

According to a DPD Detective, “It appears the school did implement an active shooter plan. I believe the sheriffs were there in less than five minutes. That part of the action plan worked.”

Yet, as history of these events seems to repeat themselves without much resolve, there are more disconnections that need to be bridged.

Not enough people recognize the role to combat mental health.

Dr. Danielle Penson who works with high school students on a daily basis, is immersed and specializes in the realities of diverse challenges youth are currently facing from psychological issues to unique frustrations in the midst of the Pandemic.

“We are in a mental crisis across the land,” says Penson. Before elaborating on the dire need to look deeper into school counseling, she spotlights another key factor that remains to be the elephant in the room within many districts – the Mental of Students.

Red flags were raised about Crumbley’s shifting behavior prior to the mayhem. Yet, was ignored – which happens far too often. “Kids are already on edge. Right now, they are also grieving what they know as normalcy. It’s the tentacles that spread beyond triggers which we must combat,” Penson explains.

Arguments against metal detectors within school settings often center on them being far too harsh and an extreme method of safety that portrays students as thugs. Alongside this notion, is often the assumption, yet disputable fact that metal detectors are only necessary at schools within predominantly black and brown districts as well as underserved communities.

Yes, Metal detector entry is maintained throughout most of Detroit Public High Schools where students, staff and visitors are required to pass through daily before proceeding to any area of the buildings. As with any metal detector, weapons and other disallowed material are immediately identified and confiscated when necessary.

While metal detectors may not be 100 percent proof against shootings and other weapon-prone acts of violence, not having them in place, may be negligent given the current climate of not just America, but the entire world.

“We need to pay attention to change and shifting patterns within schools. The way in which metal detectors are presented makes all the difference,” Penson explains.

School shootings and killings are an irreversible trauma. Lives are lost. Death and injury is witnessed firsthand. Psychological impact and emotional distress can affect the lives of all parties involved for a lifetime.

“Most of the students, if not all, will experience some form of PTSD in the future,” says DPD Detective. “Thoughts and prayers go out to the students and their families.  You have a situation where a staff member saw a red flag and wanted to meet with the parents. You have to recognize the red flags beforehand, which a school faculty member did, however, once the meeting concluded, a tragedy occurred just moments later. Everyone failed in this situation.”