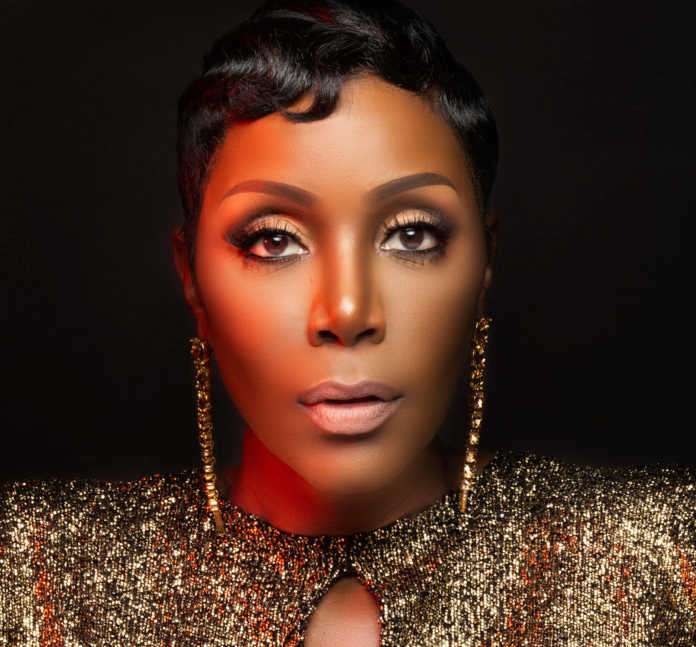 Sommore is raw, real and unapologetically woman, and she’s damn funny. Always has been. This legend of the comedy world has been at it for over two decades. Of course, you know her from The Queens of Comedy, alongside Adele Givens, Laura Hayes and Mo’Nique, and she was the first woman to host BET’s Comic View. She’s still at. The comedian kicked off the Festival of Laughs tour in January, and she’ll be at the Fox on May 11 with George Wallace, DC Young Fly, Guy Torry, Lavell Crawford and Mark Curry. Ahead of the show, she gives her two cents on #MeToo, social media comics and the juice of a Detroit crowd.

Is it irritating when
people refer to you as a “female comedian” versus just “a
comedian”?

It seems you’ve always
embraced your femininity onstage. Is that hard in such a male-dominated industry?

I think it’s necessary. You
know, comedy is a one-man sport, so I think you have to be true to who you are.
Period. I try to bring me to the party as much as I can. I think I would be the
same person if I worked at McDonald’s, if I worked in corporate America. No
matter where I am, I’m going to be the same person. So, if it comes off that I
bring my femininity then probably I would be that way anywhere.

How do you think the
current #MeToo era has shifted the comedic landscape? Speaking to behind
the scenes and to what you guys do onstage?

I don’t hear a whole lot of
people talking about it. Comedy is one of those things (where) you have lines
that you don’t want to cross. They’re blurred lines and sometimes you don’t
want to cross them, especially when it comes to people being victimized. You don’t
want to seem insensitive about it. So, a lot of people don’t talk about it. For
me, it’s like people bringing up stuff from the past. I’m just glad when I was
younger I slept with older guys, so most of them got dementia now, so they
don’t remember.

Is comedy a muscle you
still have to work out or does it come naturally at this point?

I work. I have to work at it.
Now, more than ever, with social media and the internet, people are funny
everywhere. You got the news anchormen, they’re funny. People are funny everywhere
you look, people that don’t even have to be funny – preachers are funny. Everybody
wants to be funny now. As an artist, as a comedian, I have to find a unique way
to say the things that I say. You really have to be creative nowadays.

How is your preparation
for an acting role different than stand-up?

Oh gosh. Listen, a movie, it
takes alll daaay looong. It’s just like stand-up, you do have to learn your
lines. But, like I said, stand-up is a one-man sport. If something doesn’t go
right I can’t just bounce it off of somebody else; you have to really be on your
game. And then, with a movie, you can say “cut” and we do it again.
With stand-up, you got that one shot and sometimes your jumper’s not falling
and you got to keep pushing through. It’s instant gratification, but when it’s
not working it’s tough.

How do you recover from
that? When you’re telling a string of jokes and they’re falling flat?

You have to have a short
memory. I’ve had some bad nights. You have to have a short memory, and preparation
is the key. I’m always in awe of the comedian who says stuff like, “Oh, I
just go up there and I just wing it. I just have a good time.” That works,
but I’ve seen it not work. So for me, I’d rather be prepared.

I’ve heard people say –
from inside the industry and out – that comedy as we’ve known it is dying with
respect to sitcoms and political correctness. What do you say to that?

It’s crazy because we’re in
an information age. We’ve got a 24-hour news cycle. People have more
information than ever before. Everybody has a blog, everybody has a paper,
everybody has a station, everybody has a podcast, but yet, people are more sensitive
than ever. It’s just like a double-edged sword. As an artist, you don’t want to
offend anybody, but you have to pick a lane. If you feel a certain way about
something, you have to stick to it. I don’t believe you say stuff and then
apologize. I think you have to be conscious when you’re speaking. (Stand by it)
or don’t speak about it at all. Sometimes you just don’t have to have an
opinion about it. Everything is not for everybody.

I love the fact that they
found a way to have direct-to-consumer product. That’s amazing to me. Comedians
that are on the internet, they go straight to their audience. It’s something
that I never saw coming, and we’ll see how it turns out. I think they created a
whole other lane. Most of them are not actually stand-ups, though. Because,
trust me, stand-up is something totally different than sitting in your car
being funny. It is something totally different. But, they created a new lane
and most of them are making a lot of money.

So many up-and-coming
comedians look to you as one of the greats, but who do you look to for inspiration?

I think they’re looking to me
as one of the greats probably for my longevity. I’ve always loved the style of
Joan Rivers. I like my peers, people that I work with, people that are consistently
funny. I like D.L. Hughley, I like Mike Epps, Mark Curry. First of all, I love
stand-up, I really do. And what I respect about it is the different styles.
Some people are one-liners, some people are quick-witted, some people are storytellers.
I love all of that, I love my peers. That’s one thing I like about touring, the
world is changing so every single weekend there’s something new.

How does a Detroit crowd
compare to other cities?

Listen, Detroit is all the
way live, first of all. And they’re real. As a comedian, sometimes you can have
little hokey jokes, you’ll be like, “OK, I can just slide this in.”
With Detroit, don’t slide that in, just take that out. That ain’t gon’ work.
Bring your hard hitters, bring your realness. That’s the Detroit audience. You
better bring it.

What can we expect from Festival
of Laughs next month?

Wow. You can expect just realness
and funny from beginning to end. What I want everybody to know is that
everybody in this show are headliners. Imagine if you take 20-plus years and
push it into 20 minutes. That’s just like ow! That’s fire. And what I love
about it is we’re all professional and we all put our different perspectives on
different things, and it’s a well-oiled machine and it’s well-rounded so you’re
gon’ get a lot of perspectives, but it’s funny from beginning to end. And I hold
it down for the ladies; we just have a great time. It’s a great night of
laughter. And the beautiful thing about it is out of all the things that come
and go, laughter will never go out of style.

Festival of Laughs will stop into the Fox Theatre on May 11. Get your tickets at 313presents.com. 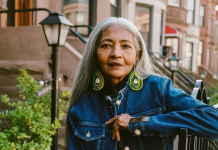 How the Live6 Alliance is refreshing Northwest Detroit

Method Man Brings His Own Cannabis Line to Michigan